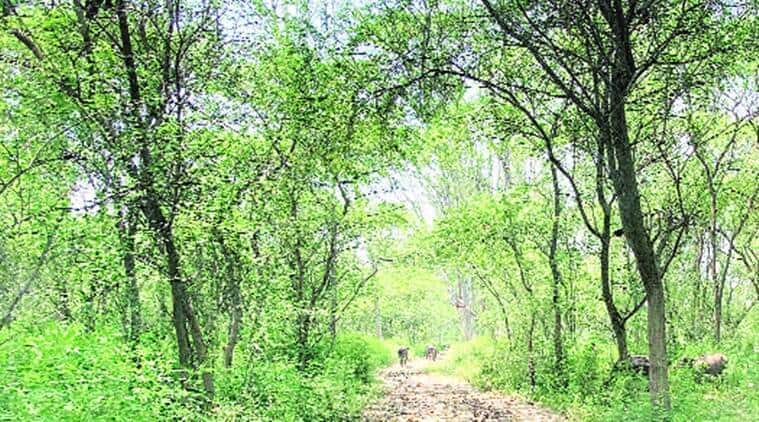 2 years and a reversal of roles: how AAP changed its position on a project near the Mattewara forest

Just two years ago, in July 2020, opposition AAP MPs called the proposed “textile park” to be created on 1,000 acres near Mattewara forest in Ludhiana a “poorly conceived” project.

Then-party chairman Bhagwant Mann said the Congress government did not care about the environment. While Kultar Singh Sandhwan, then MP for Kotkapura who had visited the site, said the AAP would expose the Congress government’s double standards, then opposition leader Harpal Singh Cheema, condemning the Congress, said the park industrial activity would disturb the flora and fauna of the forest with noise pollution, air pollution and strong human activity.

Back to Tuesday, things, however, saw a role reversal when CM Mann, in a response to his own MLA MP Hardeep Singh Mundian, said: “We will ensure that not even a drop of Sutlej is polluted. because of this textile park. All environmental permits will need to be taken and the pollution control office will regularly monitor the area. Mann added that the park is not linked to the discharge of chemical effluents. Mundian expressed concern about the jobs of villagers whose panchayat lands were acquired for the park, as he said that a few kilometers from there, a cycle valley rises in Dhanansu village on 100 acres and that don’t give jobs to the village. boys and girls whose land has been acquired. Mann said it will now be ensured that jobs will be provided according to qualification and a quota will be set for all villages whose land is acquired.

Activist and Public Action Committee (PAC) member Kuldeep Singh Khaira, who protested against the project, denounced Sandhwan’s hypocrisy and said, “When he was in opposition, he accompanied us in various government offices to get the question raised that industry near Sutlej and even near a forest will disturb the ecosystem and pollute the river. Now the same person, while he is the president, replied to the CM that the textile park will not pollute the river.

Khaira added that Sandhwan used to say that the AAP would expose Congress’ double standards and now they are showing double standards themselves. While the CM in its response to the House said that the villagers had no objections to the project and that the panchayats had received compensation for the land, the gram sabha of Sekhewal village passed a resolution against the project. saying stakeholders had not been taken into consideration, Khaira said.

The Textile Park is one of seven such projects at the Center on 1,000 acres each. A total of 957.49 acres have already been acquired in a few villages close to the Mattewara forest. The CM said on Tuesday, “A total of 453.4 acres have been acquired in the villages of Garhi Fazal, Haider and Garcha, while 493.99 acres are under the villages of Sekhewal, Silkiana and Salempur. The entire area is a single piece of land and the remaining 45.51 acres will also be acquired soon. The
CM added that they have sent a proposal to the Center to invite investment and job opportunities.

Two years ago when the project was conceived, it was named Mattewara Textile Park due to its proximity to the Mattewara Forest Range. Environmental activists then formed a PAC a year ago to register their protest.
PAC member Jaskirat Singh said, “The AAP MPs were supporting us in our agitation against this project and now they are not only setting up the textile park, but also inviting investment. The location is very close to the forest range and this will disturb the ecology of the area. We will oppose it and start a pakka dharna on the site
soon if the government does not back down.

The agricultural unions also supported the PAC in organizing a pakka dharna on the site.