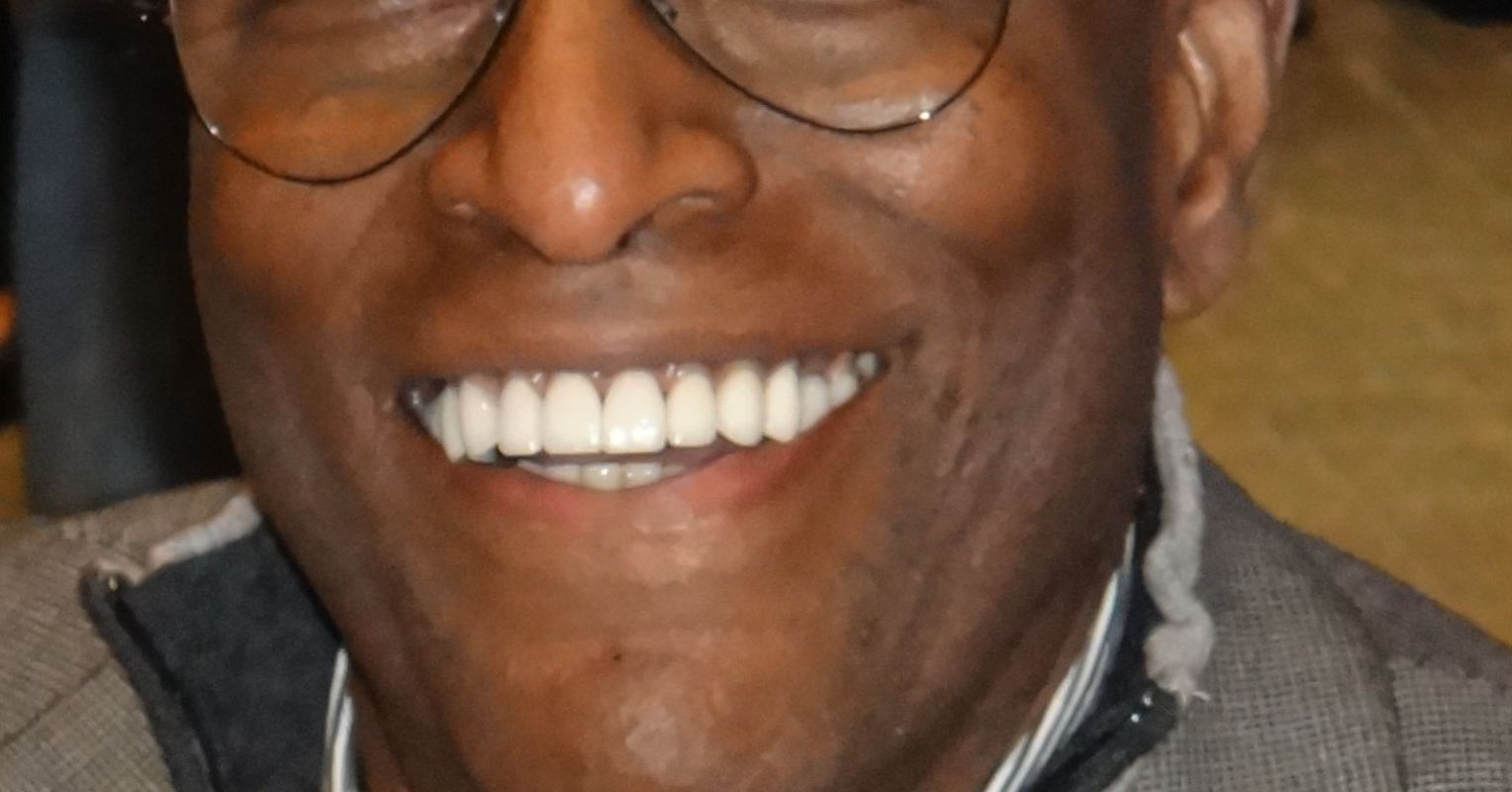 A tribute to Jim Sidanius

Social psychology has never seen someone like Jim Sidanius (1945-2021) and may never see someone like him again. As a teenager in New York City, he was brutally beaten by police for the crime of being a young black man hanging out with a white girl in the early 1960s. No doubt this experience contributed to his youthful radicalism: he was a civil rights agitator in a few years. When his friends began to be found dead, Jim fled, first to Africa, then to Europe. He was looking for an egalitarian paradise and never found it, even in Sweden. Instead, he found the social sciences and became one of its best practitioners over the next forty years.

Jim has become one of the most influential social, personality, and political psychologists of his generation. His work was exemplary on the theoretical, methodological and empirical level; it was distinctive and a paradigm shift. He has been singularly courageous in crossing levels of analysis, from sociology and political science to psychology and anthropology and even evolutionary biology.

Social Dominance Theory (SDT) has sought to integrate evidence from all of these diverse areas. The book Jim wrote with Felicia Pratto on Social dominance: an intergroup theory of social hierarchy and oppression is, quite simply, a tour de force (Sidanius and Pratto, 2001). It clearly and convincingly set out the arguments for their very distinctive approach to understanding the most disturbing manifestations of ideology, prejudice, exploitation and intergroup conflict.

Jim’s analysis of public opinion data used sophisticated statistical techniques to shed light on ideological workings, often revealing surprising or paradoxical results. His work had clear societal and political implications, and he never hesitated to confront and debate them. His work was provocative and controversial, but the quality was so good that honest brokers had to take it seriously.

Jim has been involved in heated debates regarding (a) the cognitive-motivational basis of political ideology; (b) the role of racial resentment in conservative opposition to affirmative action; and (c) SDT in relation to other theories of intergroup relations, such as Social Identity Theory (SIT) and System Justification Theory (SJT). You don’t have to agree with every word Jim ever wrote or said to be impressed by the seriousness of his scholarship and his ability to engage intellectually with others on issues that are central to him. the mission of the social sciences.

Jim began by addressing a classic question in political psychology – also discussed by Gordon Allport, TW Adorno, Milton Rokeach, Hans Eysenck, Phil Tetlock and others – whether liberals and conservatives differ in terms of dogmatism, rigidity mental, ambiguity intolerance, cognitive complexity and related variables (Sidanius, 1985). He used structural equation modeling and other statistical techniques that were innovative enough at the time to study the linear and quadratic effects of psychological variables on left-right political orientation in Europe and the United States.

Jim proposed the theory of context to (a) distinguish between the economic and cultural dimensions of conservatism and their implications for attitudes regarding race, gender, etc., and (b) propose that ideological extremists might have more complex and sophisticated attitudes than less on certain issues. , as political deviation requires self-confidence and other cognitive and motivational skills and abilities (Sidanius, 1988).

The next phase of Jim’s career focused on the eclectic and multidisciplinary development of SDT, which emerged from the recognition that many different ideologies existed to justify various types of social and economic inequalities. Approval of these other ideologies tended to be correlated. For example, favorable attitudes towards capitalism are predictive of racism, etc. (Sidanius & Pratto, 1993). Jim argued that there must be individual differences that might have a genetic component underlying attitudes toward equality and inequality.

Jim and his collaborators showed that this individual difference variable could be measured as an orientation of social dominance (SDO), which predicted career choices and other consequent behaviors, as well as social and political attitudes (Sidanius & Pratto, 2001). Another emphasis was placed on the extent to which attitudes favorable to inequality are shared in a consensual manner by members of advantaged and disadvantaged groups in society.

A third central area that Jim contributed to was whether conservative opposition to affirmative action was “principled” or rather reflected a subtle (or modern) form of racism. It began largely as a debate with Paul Sniderman and Thomas Piazza, with Jim and his colleagues demonstrating that education increased rather than decreased the strength of the association between conservative ideology and racial antipathy, suggesting that its most sophisticated practitioners used conservatism as a means of justifying racial disparities and opposing societal remedies (Federico & Sidanius, 2002; Sidanius, Pratto, & Bobo, 1996).

A book Jim edited with David Sears and Larry Bobo (based on a lecture held at UCLA) brought together a diverse group of psychologists, sociologists and political scientists to weigh in on the determinants of opinions on affirmative action and racial attitudes in general. (Sears, Sidanius & Bobo, 2000). Jim also led a large longitudinal study of university students, which resulted in several important publications (eg, Sidanius, Levin, Van Laar & Sears, 2008). Jim has contributed as much as anyone in social psychology to understanding diversity issues in general and attitudes towards race-based affirmative action in particular.

In some ways, the final chapter in Jim’s career was the most impressive of all. After moving from UCLA to Harvard University in 2006, Jim’s research focused even more clearly than before on the foundations of intergroup behavior in evolutionary biology. Jim and colleagues discussed the multidimensional structure of SDO, the role of emotions such as fear and empathy in intergroup dynamics, and specific cognitive and perceptual mechanisms, including hypodescent categorization, that give rise to prejudice and bias. discrimination. In a fascinating article published in Proceedings of the National Academy of Sciences, Jim and his colleagues used multi-level modeling (linking micro and macro levels of analysis) to demonstrate that national SDG averages were positively correlated with l gender inequality and violent conflict in society and negatively correlated with civil liberties and democratic functioning. The authors concluded that “societal inequalities are reflected in people’s minds as patterns of domination that underlie the ideologies and actions that ultimately support the group-based hierarchy” (Kunst et al., 2017).

In terms of his scientific notoriety and his professional visibility, Jim has long been at the cutting edge of technology. He has received numerous awards and grants from the National Science Foundation (NSF) and the Russell Sage Foundation. He has served on the editorial boards of several journals, including Psychological Review, Political Psychology, Social Justice Research, International Journal of Conflict and Violence and Du Bois Review. He was a member of the Association for Psychological Science (APS) and the American Academy of Arts and Sciences (AAAS) and was vice president of the International Society for Political Psychology (ISPP). He has received numerous honors and awards, including the Harold Lasswell Award for Outstanding Scientific Achievement in Political Psychology (2006), the Society for Personality and Social Psychology Career Contribution Award (2013), Distinguished Researcher Award of the Society of Experimental Social Psychology (2020) and the American Psychological Association Distinguished Scientific Award for Applications of Psychology (2021).

I consider myself extremely lucky to have become friends with Jim, first in California and later on the East Coast. For me, he was an ideal senior colleague, a distance mentor, someone who took an early interest in me and my work, watched me, supported my career and influenced my thinking immensely. He contacted me, provided me with invaluable encouragement and advice, and always made it clear that we could work together on common interests and issues without agreeing on all the details. Jim was tenacious in the pursuit of ideas, but he was a warm and gentle person who was committed to promoting the intellectual values ​​of openness, respect, tolerance, diversity and creativity.

We published a book together on Political psychology and an article or two too. We complained about the angst of public speaking, which we both suffered from. We laughed at the extreme and exaggerated contempt of some of our worst critics. I loved Jim Sidanius, even when I disagreed with him about, say, the origins of gender differences or the inevitability of group-based hegemony, or the immutability of human nature. There was a deep, hard-earned and ineradicable pessimism in his thinking about society that I could never quite match with his enthusiastic, upbeat, and optimistic personality. Still, I mostly remember how fun it was to chat with him, how warm and genuine he was, and how infectious and all-embracing his smile was.

Jim was a role model in many ways: he saw the social sciences as a pressing business, a way to make the world a better place; he took ideas seriously and treated people with respect and dignity, even in the heat of academic battle; he valued empirical evidence above all else, although I’m not sure it really changed its mind on major issues; and he tirelessly pushed himself and others to excel. For the rest of my career, I will cherish every lively and inspiring conversation I have ever had with Jim at conferences, universities, bars, restaurants, over the phone and even on a podcast called “Tatter”, on which we were both interviewed by Michael Sargent.

Jim Sidanius was one of the world’s most important and influential social scientists. For over four decades, Jim’s work has always been groundbreaking, careful, serious and important. He has always led by example and upheld rigorous scientific and ethical standards. In doing so, he always brought out the best in people. He has also been a dedicated mentor who has inspired and nurtured many talented young researchers who have pursued distinguished careers. He will be sorely missed.