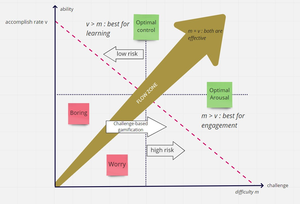 Ishikawa, Japan – The concept of gamification is gaining more and more popularity: tourists traveling frequently abroad earn loyalty points with their preferred airline; customers who buy clothes from their favorite fashion store accumulate loyalty points. Both of these examples involve gamification: the inclusion of in-game features (points) to increase the chances of achieving the desired outcome (a future purchase). Although gamification has been widely used by marketers to attract customers, it finds limited applications in academia.

A team of researchers from the Japan Advanced Institute of Science and Technology (JAIST) have now formulated gamification guidelines that can turn classroom quizzes into highly engaging and rewarding activities. According to Dr. Mohd Nor Akmal Khalid, Assistant Professor, JAIST, and lead author of the study, â€œThe challenges of education have been continuously addressed by incorporating gamification, but a gap remains for game design principles that support user engagement.. “

Next, the team enrolled 120 Thai elementary school students in the 7-12 age group and included both qualitative (data based on student interviews) and quantitative (data obtained from quizzes) methodologies. gamified multiple choice) in the experimental study. Multiple gamification strategies have been adopted. For example, scores were given not only for the correct answers, but also for the speed with which each participant arrived at the correct answer. The difficulty level was also changed incrementally or randomly during a subsection of the study. Ten participants were randomly selected and invited to share personalized comments (eg, overall experience, views and opinions) on the study being conducted.

The results of their study, published in the journal Heliyon, were quite promising. For example, adding a score-based incentive to quickly arrive at the correct answer led to relatively higher learning gains. In other words, the pressure of time resulted in higher engagement and motivation. When the level of difficulty increased, the students preferred to either stay in their comfort zone or increase their effort.

Notably, when the difficulty level was random, it caused an increase in uncertainty and therefore increased the thrill factor, or the game equivalent of “gravitational acceleration”. According to the researchers, participants who attempted to tackle difficult questions also amplified their learning skills in the process, in accordance with flow theory. The team also noticed an interesting trend: When the challenge level exceeded a certain threshold, students felt relatively disengaged.

When asked, most of the students said they were more involved in the fun quizzes and felt that they were challenged. In this context, Dr. Khalid presumes, â€œThe best conditioning for learning occurs when well-designed game elements and mechanics are incorporated. The game elements of the current study potentially encouraged students to modify their behavior based on the difficulty of the quiz.. “

“From this study, we conclude that the gamification effort empirically increases engagement and emergence behavior and our results also show that gamified quizzes improve classroom activity.Â», Observes Punyawee Anunpattana, currently a doctoral student. student at JAIST and the first author of the study.

The authors recommend more studies of this type for the implementation of gamified classroom quizzes using other designs and elements of gamification to further refine the learning process of students. After all, learning, like all human activities, has the most impact when it’s fun!

About Japan Advanced Institute of Science and Technology, Japan

Founded in 1990 in Ishikawa Prefecture, the Japan Advanced Institute of Science and Technology (JAIST) was the first independent national graduate school in Japan. Today, after 30 years of steady progress, JAIST has grown into one of the top universities in Japan. JAIST has several satellite campuses and strives to develop capable leaders with a cutting-edge education system where diversity is key; around 40% of its alumni are international students. The university has a unique style of higher education based on a carefully designed curriculum to ensure that its students have a solid foundation on which to conduct cutting-edge research. JAIST also works in close collaboration with local and foreign communities by promoting collaborative industry-university research.

About Dr Mohd Nor Akmal Khalid from Japan Advanced Institute of Science and Technology, Japan

Dr Mohd Nor Akmal Khalid has been working as an associate professor at the Japan Advanced Institute of Science and Technology since 2018. He obtained his doctorate. from Universiti Sains Malaysia, where he mainly worked on evolutionary computing. Dr Khalid has 63 journal and conference publications to his credit. His research interests include control and systems engineering, entertainment and game computing, optimization, manufacturing systems, crowd evacuation modeling, evolutionary computing, research algorithms. , discrete modeling and simulation, systems analysis and design, and artificial intelligence. He received the award for best article at three international conferences.

This research was funded by a generous grant from the Japan Society for the Promotion of Science, as part of the Grant-in-Aid for Challenging Exploratory Research (grant number 19K22893).

The title of the article

Publication date of the article

Warning: AAAS and EurekAlert! are not responsible for the accuracy of any press releases posted on EurekAlert! by contributing institutions or for the use of any information via the EurekAlert system.

The mining pole fights against ecological problems: The Tribune India