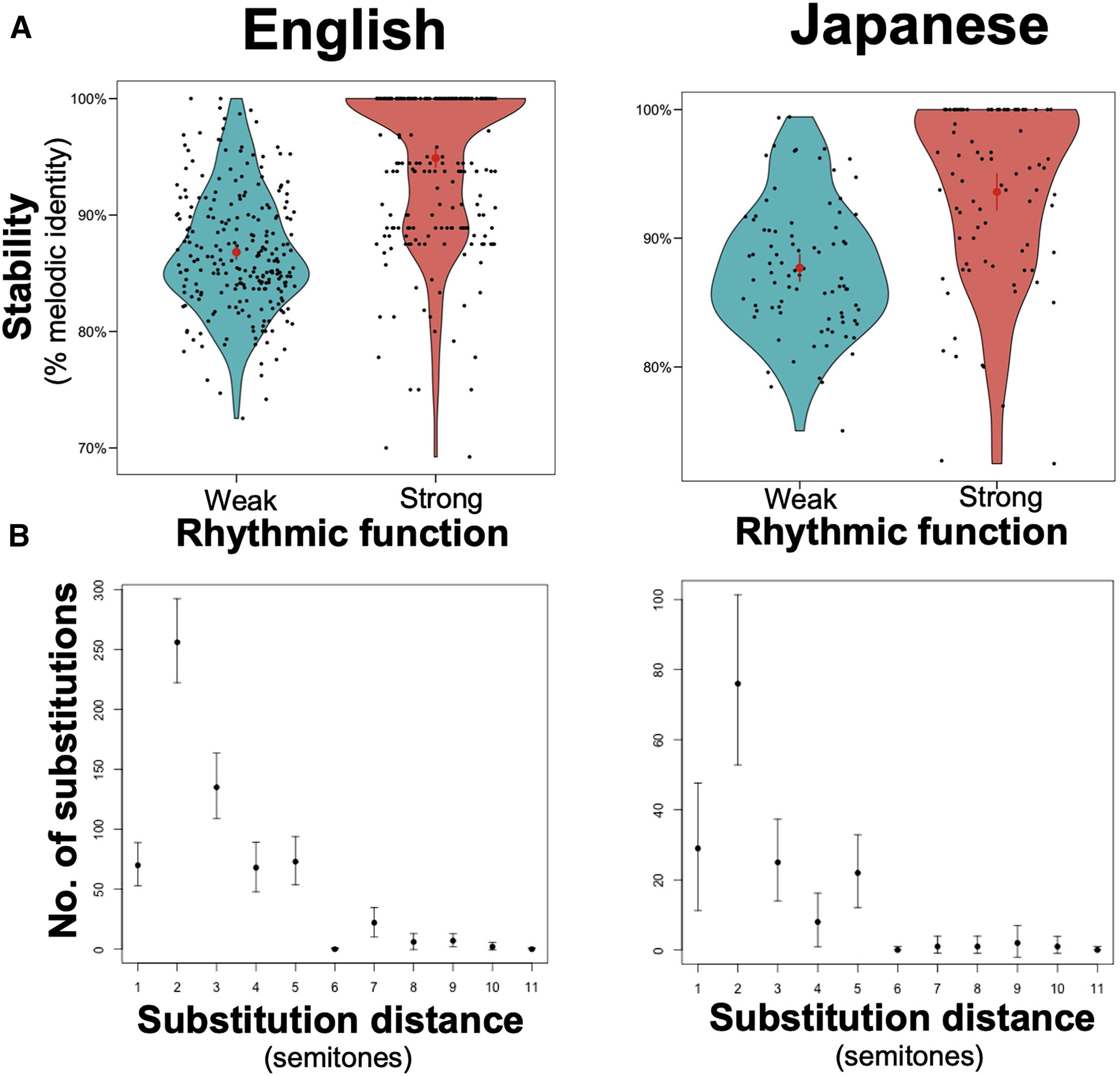 A team of researchers from Japan, the UK and New Zealand have found that despite linguistic differences, Japanese and English folk songs have similar cross-cultural regularities in their musical evolution. In their article published in the journal Current biologythe group describes the modeling of melodies as sequences built from an “alphabet” of 12 degrees of scale and analyzes their evolution.

As the researchers note, folk songs are difficult to define, but most listeners can recognize them when they hear them. And, as they also note, folk songs generally represent the era in which they were written and very often evolve over time as conditions change. In this new effort, they sought to learn more about the evolutionary processes of folk songs – both those written in Japanese and those written in English (British and American) – and whether there were any similarities between the two types. To conduct an analysis of these songs, they first defined folk songs as those that have been passed down orally from one generation to the next. They then converted the musical notation of more than 10,000 songs into letter sequences so that they could be read and processed by a computer algorithm. The algorithm they used was developed to analyze evolutionary changes in nature, but the researchers thought it could also provide insight into the evolution of folk songs.

By studying the results provided by the algorithm, the researchers found that they were able to track song insertions and deletions over time, where the number of notes in a song remained constant but the notes had different values. at different places. They also found that insertions or deletions were more common than substitutions. They also noted that the song impact of these insertions and deletions was more profound in Japanese songs. The researchers also found that note changes that played a major role in folk songs over time were less likely to occur than those that played a more minor role, regardless of language.

The researchers conclude by suggesting that the evolutionary changes in folk songs occurred in much the same way in both languages, despite being written and sung in different scales and pitches.

Babies are sensitive to the rhyme, rhythm and phrases of children’s songs

Professors and instructors eagerly await the start of in-person instruction