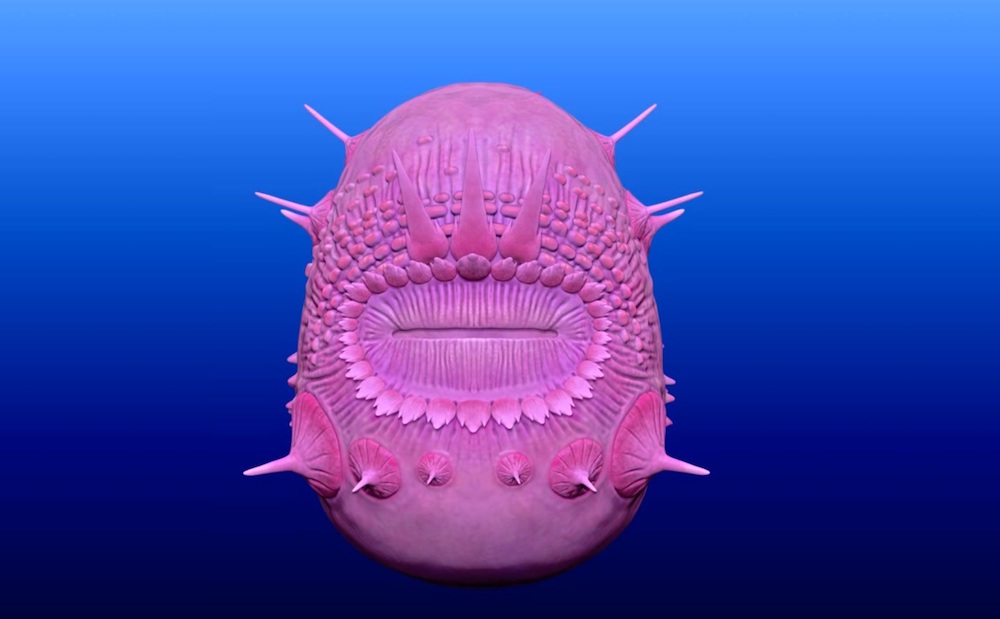 Ancient Spiny Creatures Are Not Related To Humans After All

Going from single-celled life to human beings required many branches on the evolutionary tree. One of these branches, which is estimated to have occurred about 670 million years ago, is the separation of protostomes and deuterostomes. This branching resulted in nematodes and arthropods on the protostome side and everything from hagfish to humans on the deuterostome side.

Paleontologists are keen to find evidence of this early diversification in the fossil record and a study published in 2017 suggested we had succeeded. Scientists had identified a sub-millimetre-sized animal called Saccorhytus coronarius that appeared to be the oldest known deuterostome, dating back to 540 million years ago. Despite the lack of an anus – a typical feature of deuterostomes – scientists classified based on a series of holes along its surface that could have served as orifices for waste disposal. Unfortunately, it looks like paleontologists will have to go back to the drawing board after an updated analysis revealed that Saccorhytus coronarius probably isn’t a deuterostome after all.

Shuhai Xiao of Virginia Tech’s Department of Geosciences and his colleagues collected hundreds of specimens and completed a new reconstruction that negates the previous understanding. Their findings, published in the journal Naturereveal that the surface holes were not holes at all but rather fractured remains of spikes.

“The previous conclusion was based on broken specimens and the break created an artifact structure that superficially resembled structures that occur in other deuterostomes, on our side of the tree. It has many spines, but during transportation, a lot of thorns were broken off and produced hole openings,” Xiao told SYFY WIRE.

The holes around the body were the only feature that supported the hypothesis that they belonged to the deuterostome family. Without them, there is nothing else on this animal that supports this conclusion.

“We can’t blame previous researchers because the fossils are very rare. We spent a lot of time and dissolved tons of rocks to extract the material we presented,” Xiao said.

Obtaining an updated picture of these creatures required considerable reconstruction of their bodies. Not only were they small and prone to fracture after death, but their bodies also deflated and deformed like a punctured basketball, causing dramatic changes in their surface structures. To reconstruct them, the scientists had to effectively reinflate their structures in their models to recover their surface characteristics. They also benefited from having hundreds of specimens, which the previous study did not have, allowing them to make comparisons and fill in gaps for individual animals.

What they found were nearly spherical animals superficially resembling Minions, covered in spikes and with relatively large mouth openings. This opening would have served a dual function, absorbing food and excreting waste.

None of their internal structures have been preserved, but scientists believe they must have had a gut, neural system, and musculature. This is supported by their bilateral symmetry and inferences from other similar animals. While this new study answered many questions about what kinds of animals they were, it opened up even more questions about our own ancestral history.

“It’s interesting because we would expect to find deuterostomes at that age. It was the oldest we found, so if it’s not a deuterostome, we’re back to square one,” said said Xiao. “Like many scientific discoveries, you’re making progress, and that raises even more questions. Where are the deuterostomes in the fossil record?”

We know that the two groups diverged at this time, and Saccorhytus is proof that protostomes swam or burrowed in the world’s oceans. To this day, however, the branch that leads to humans and our closest relatives continues to elude us.

That said, it’s comforting to know that we’re not descended from a spike-covered animal that defecated through its mouth.