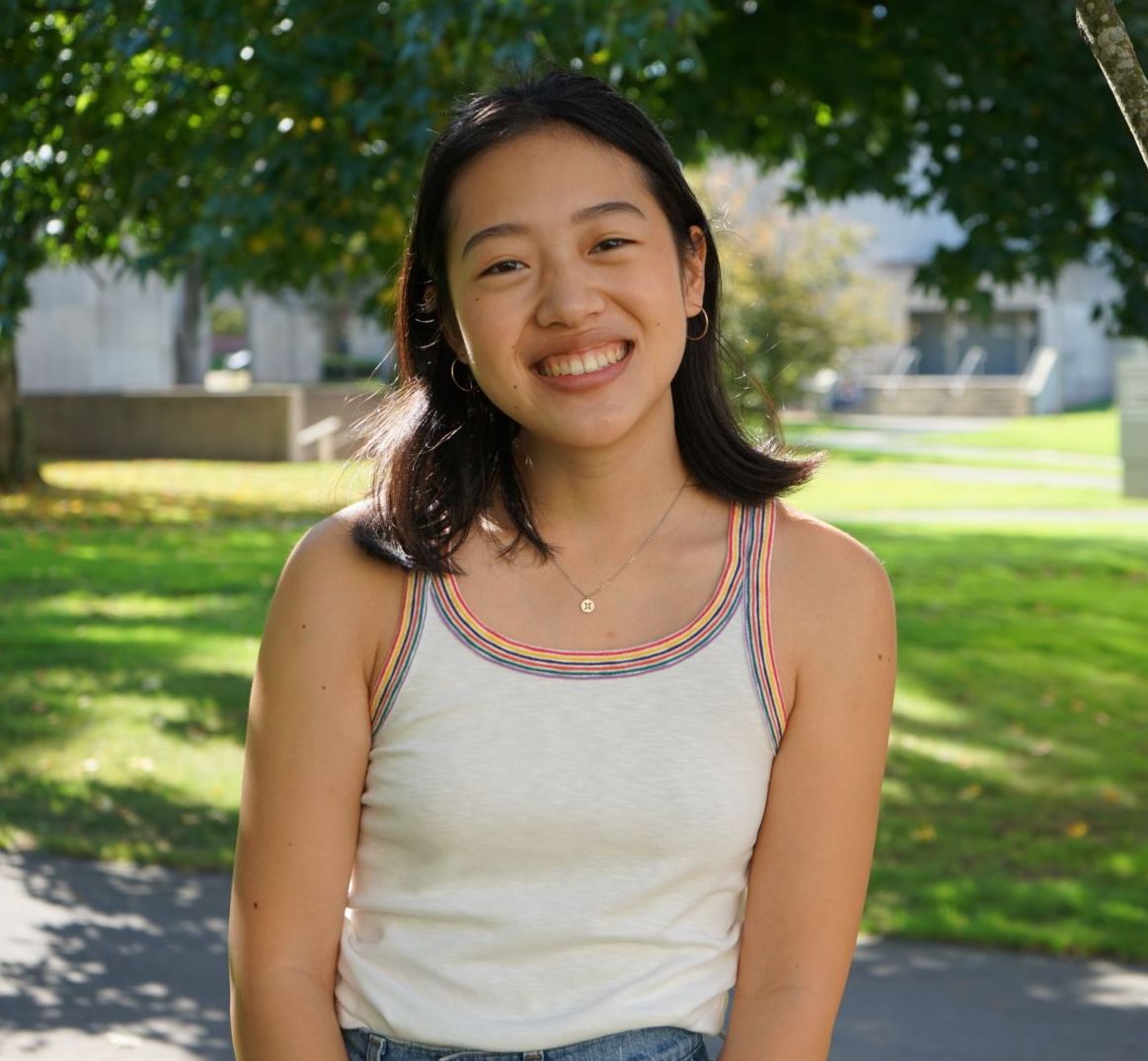 According to her WesCeleb appointment, Julia Kan ’22 is a “ball of light that literally does everything.” It’s no exaggeration: Kan has spent the past four years fully involved in every corner of campus, from art studios to biology labs, all with a smile on his face. Outside of academics, Kan is a star singer and violinist, a community counselor for The Office of Residential Life (ResLife), and a friend to everyone she meets. This week, The Argus caught up with Kan to get the inside scoop on his experience with Wes.

Argus: Why do you think you were nominated to be a WesCeleb?

Julia Kan: Oh my God. Girl, I don’t know. I have friends on the Argus? No I do not know. I think I’m involved in a lot of different things on campus. It’s probably a very generic answer, but I think it’s true. I am a STEM person and an artistic person because I am a double major in bio molecular[logy] & Biochemistry[istry] and Studio Art, so I feel like I know a lot of different people, and I’m also CA for ResLife, for senior wood frames and Fauver.

A: Can you tell me more about this?

JK: Basically we are overseeing all these residents and trying to build a community, which is quite difficult because it’s such a big group, but we have to organize events and stuff. I had a volleyball tournament a few weeks ago and refereed for it, and I felt very underqualified. But it was really fun, I feel like it was well received and I got to see faces from the senior class that I hadn’t really seen before. Fountain [Ave] the crowd is a different crowd. Being a CA also helps me meet people in ResLife which is really fun because the employees come from all over the campus.

A: Can you tell me more about your majors and how you chose them?

JK: So I came to Wesleyan very determined to do some kind of STEM major and some kind of art major because I really liked both in high school. I did a lot of music throughout high school, playing violin in an orchestra, and all of that stuff. And I like science a lot, so I was like, bio and maybe music or art in the studio, but I wasn’t really sure, and eventually I went with Molecular Bio because I think it’s more interesting. I don’t really care about ecology, without wanting to offend animals. I think this is closely related to my future interest in my career, which is medicine. And then my major in studio art was like, ‘I did some drawing in high school on my own, kinda self taught, I feel like I should try it more seriously in college, because I made so much music [in high school]’, so I was like’ maybe I won’t do music in college, maybe I will do it right next door, because I always will. ‘ So I chose to do the studio [art], and it was really fun.

A: Are you working on a project or a senior thesis?

JK: Yes, oh my God. I’m doing my senior studio thesis for drawing, which is a two semester process, and in the spring you do a solo show at the Zilkha gallery, which is very intimidating and weird, and I feel the syndrome a lot. impostor, because I say to myself ‘I’m not a real artist, what makes me worthy of exhibiting in a real gallery?’ But it was interesting to experiment with stuff. I try to do my work on domestic spaces linked to my Sino-American identity, working in a way on layering, collage and memory. Many Chinese born in the United States feel like they have one foot in two places, one in the United States and the other in China, from which their family immigrated. So I try to express this through the space of a house. We’ll see how it goes.

A: How do you feel about being a senior?

JK: It’s strange. I was really scared of this year, especially because last year was quite difficult because of [COVID-19] and everything else, but I like being a senior so far. I love my roommates, kudos to 85 Home. Having your own living space is really nice and I feel like getting to know the people on campus more and running things is also interesting, being put in that position. But it’s really weird, I get a lot of sentimental things that come to me. I’ll drop by somewhere on campus and I’m like, “Ah, that’s where I did this stupid thing in first year.” So weird but hey.

A: Speaking of past memories, do you have any favorite memories of Wes that come to mind?

JK: There are several of them. One of my favorite memories was probably with my acapella band, Notably Sharp, grade one. We did our first gig — I don’t know if I have the right to say it, but kegcert — that’s where people host it at their place and invite all their friends over in the evening and it’s really a lot of fun. . It’s a favorite memory.

Also, once I was at SciLi with my friend Isabella and we were studying for the spring finals and hadn’t slept for three days. It was a Friday morning, I think, and I had just passed a final or submitted something, and I approached her in SciLi and I was an absolute zombie, and then I sat in the chair next to her. ‘her and I don’t even know what I was doing, but my bag was still on my back, and I was moving around and I was like “okay, I have to go to Olin and work.” I got up and there was this rotten banana from Usdan that had been in my bag for about 3 days, and it was all over the chair. And it spilled out of my bag and crashed to the ground and I was in such a state of distress and emotional instability that I just started to cry. And there were bananas all over the floor and she had to go to the bathroom and get some paper towels to wipe the banana off because I was crying. It is a good memory that I keep. Oh, the finals season.

A: Do you have any tips for your first year car?

A: Do you have any favorite spaces on campus?

JK: I love the CFA [Center For The Arts]. I go there a lot, especially the music studios. I played the violin there a lot with good friends and I sang there a lot. The lobby and practice rooms and the basement are definitely a favorite space. I’m starting to like my thesis studio; it’s a room in a house on Washington Street, far away. It’s 346 Washington, between Farm and Lotus House. I finally put lamps and cozy things there. And then my house, of course. And Oline. Olin is my OG

JK: What parts of my identity are worth sharing here? [laughs] I guess music was a huge part of my time with Wes as well. I coordinate this music mentoring program at Oddfellows Playhouse and teach music to children. I’m hiring Wesleyan students to do this, and I feel like it’s really good and good to run this program because you can connect with the Middletown community and not just stay in the Wesleyan bubble , because I sometimes feel really caught up in campus life, so that’s something I’m really grateful for.

This interview has been edited for length and clarity.

Annie Roach can be contacted at [email protected].

Forest cover and runoff are influenced by freezing temperatures at the end of the Paleozoic Ice Age, study finds