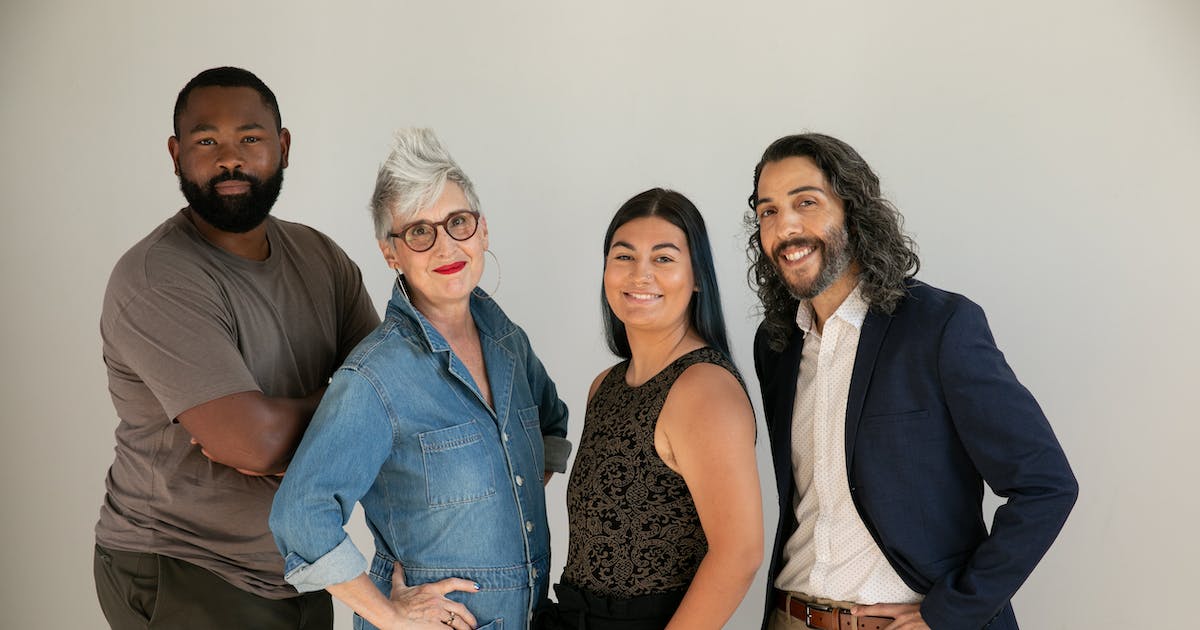 As the world of Twin Cities theater recalibrates, leadership shifts to groups

As theaters try to get in tune with the world around them, it’s simple for JuCoby Johnson: “If he’s not represented on the staff and the group that makes the decisions, he won’t be represented. on stage or in the audience. “

Locally and nationally, more and more theaters seem to agree. Artistic leaders have almost always been an individual, probably a man and probably a white person. But many places, including the Jungle Theater, Park Square Theater and Red Eye Theater – turn to collectives, in the hope of inspiring dynamic and inclusive work.

Johnson, which opens tonight in the jungle comedy “Every Brilliant Thing”, is an example. The actor / writer was hired this summer to be part of the Jungle’s “artistic cohort” – four people, including three of color, who make all the decisions (in what sounds like a metaphor, executive director Robin Gillette ceded its old office to the new arrivals). Decisions in Park Square are made by a quintet, including three people of color. And Red Eye, founded with group management 38 years ago, has a diverse team of seven.

In part, Jungle’s changes are a response to the We See You White American Theater movement, challenging the industry to bring more voice to the table. Earlier this year, a national study of theater artists found that most want group decision-making. So we spoke with artists about the value of collective leadership (comments have been edited).

The case of collectives

Teresa Eyring, Executive Director of Theater Communications Group: “A segment of theatrical ecology has always been organized with an overall structure. more traditionally structured resident theaters are evolving to be more inclusive. “

Theo Langason, Artistic Co-Director, Red Eye: “Whether you are officially led by a lot of people or not, the work is done through a collective effort. Always.

Rick Shiomi, Artistic Associate, Park Square, and one of the main leaders of Full circle theater: “Even when I started in the 90s [when he co-founded Theater Mu], I didn’t feel comfortable with this “individual leader syndrome”. I created what was called a core of artists, four or five senior artists, who advised me. For me, one of the loneliest jobs is being an art director. “

Gillette: “[Artistic director Christina Baldwin] is the result of an overall approach at Jeune Lune and The moving company and I think she came to appreciate the value of having more voice at the table. “

Johnson: “For over 20 years this was a place where the only person of color on stage was a black man on a driving show around a white woman.” Driving Miss Daisy “is what it is. , but we have to admit that the jungle was not a place that people of color felt welcome in. It’s a difficult fact, but we have to live with it.

Shiomi: “At Full Circle, we chose a disabled actor, Nathan Stenberg, who shared his background and his concerns. Our goal was racial diversity, but the issue of disability in theater has become more important. but an actor that we hired. We have done a lot more work in this area since then. “

Johnson: “It’s about bringing in artists to talk specifically about what the jungle can do to be more welcoming. technical side. “

Langason: “It just takes longer to get things done and, to be honest, the obsession with efficiency and speed, these are drapes of white supremacy. The sooner we reject them, the happier we will be. The collective model says, “What if we go further? Instead of trying to do more things, what if we do less things better?”

Eyring: “It has happened with the ensemble companies where they realize that they are not able to move forward as they should, because of the time it takes to get everyone’s opinion. world.”

Shiomi: “People with different perspectives can get in their head. But the key – it’s almost like putting on a show – is having the right people in those positions, people who are willing to share their ideas. and compromise. “

Gillette: “We have four people, each a quarter – 10 hours a week for a weekly salary of $ 25 an hour. We decided that it was a sum of money that we had to put into the budget because the work is important. want them to work on things unrelated to the jungle, so we’ve set aside $ 10,000 for each of them to support whatever programming initiatives they’re thinking of. “

Johnson: “Some theaters have issued an anti-racist statement and this is the extent of how they have incorporated We See You White American Theater into their pedagogy. Some theaters are really trying to listen and stay on top of what’s going on. said and some are not. “

Shiomi: “If we end up with 30-40% of companies with this type of leadership, it will have a huge impact. It’s one of those things where the timing of this leadership paradigm matches what’s going on in society. “

Gillette: “Things like budgets and planning the season have always been closed-door conversations. For Christina and I, it stems from the desire to be as transparent as humanly possible and to share all the information that goes into them. big decisions. “

Langason: “Every time I feel down and think: ‘What’s the point of doing theater now? “Or being a public institution, getting together is invigorating, being with people who care very deeply about the work but also about each other.”

Shiomi: “It’s a subtle evolution. If you were to go to a show tomorrow, then in a year, then in three years, you would marvel at how much that has changed, step by step.”

Who: By Duncan Macmillan with Jonny Donahoe. Directed by Meredith McDonough.

Tickets: Pay as you are ($ 45 recommended), jungletheater.org.

Autotour under development to explore the ecological, historical and cultural richness of Barrens, following the old coach route | To free