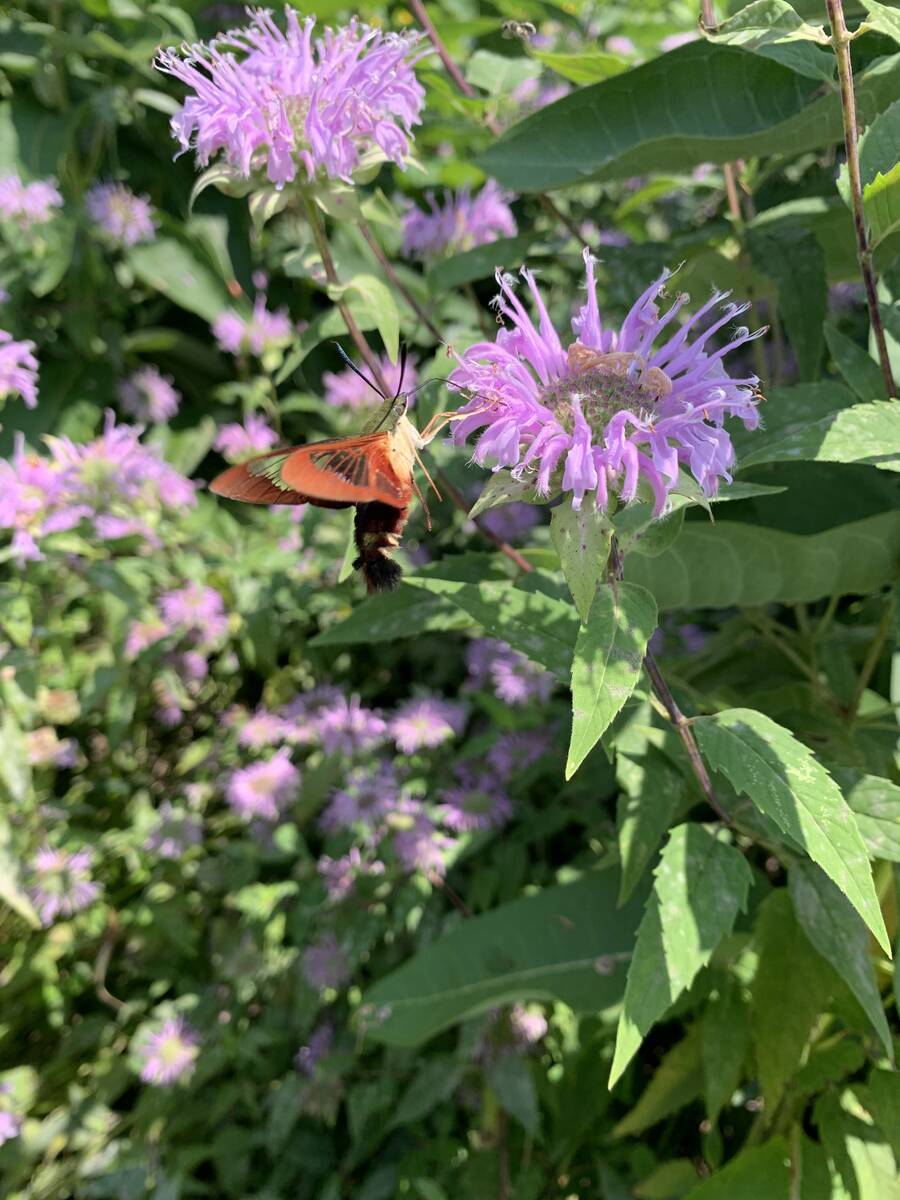 Attract pollinators to your garden

As our knowledge of the natural environment continues to grow, many homeowners are beginning to put more thought into the design and planning of their landscaping. The native plant movement, which is great for sustainability, calls for the inclusion of plants that attract pollinators. Why can you ask?

“There are a number of reasons why I think people are doing this,” says Adam Baker, Technical Advisor and Pollinator Ecologist at Davey Tree Expert Co. “There is a paradigm shift that is happening where people are are moving away from planting the same old ornamental plants as they have been for the past 50 years.They seek to diversify their landscapes by using native and pollinator-attractive plants to support bees, butterflies, birds and other other animals.

What is the overall benefit? Local plants attract local pollinators, which helps the whole ecosystem.

If pollinators do not pollinate the plants that humans and animals eat, our crops suffer and we see a shortage of fresh produce, as well as other vegetation.

Baker, who holds a bachelor’s degree in agricultural science and a doctorate. in entomology from the University of Kentucky, has conducted extensive research on the ecology and host plant interactions of monarch butterflies and other pollinators.

“While it’s hard to know why people are focusing on this now,” he says, “it may be because of the recent COVID-19 pandemic. We’ve seen that when there’s a change in the world, like a pandemic or the recession of the early 2000s, the green industry is doing very well. People are spending more time at home, thinking more deeply and interacting with their outdoor spaces.”

According to Baker’s research on placing milkweed (a native plant on which monarch larvae feed exclusively) in a landscape, plants that are spaced apart, accented with mulch, and have a strong visual silhouette are more used for egg laying than plants. which are not as accessible.

To learn more about the scope of his study, see the Frontiers in Ecology and Evolution journal article, “Configuration and Location of Small Urban Gardens Affect Colonization by Monarch Butterflies,” by visiting www.frontiersin.org/articles /10.3389/fevo.2019.00474/full.

Throughout the year, Nevada’s Natural Heritage Program helps educate communities about the importance of our state’s pollinators and the vital role these pollen carriers play in supporting our natural environment.

According to the Nevada Division of Natural Heritage, “As pollinators continue to decline across the world due to habitat loss, climate change, and pesticides, it is important to provide native plants for our native pollinators. While pollinator gardening often focuses on non-native bees, there are over 1,000 species of native bees that use many different types of plants to provide food for their young.

“In addition to native plants, nesting habitat is also vital. At least half of our native bees nest underground, so leaving bare, undisturbed soil between plants will give them places to raise the next generation of bees to pollinate future wild plants. Native plants are adapted to our climate (ie they tolerate drought) and require less water for maintenance than non-native or ornamental species. Additionally, species other than pollinators also depend on native plants for food and shelter.

You may not know that about one in three bites of food depends on the work of a pollinator. According to a press release from the Nevada Department of Conservation and Natural Resources, pollinators are a keystone species in Nevada, supporting healthy wild lands, ecosystem diversity and a nutritious food supply.

What living species are considered pollinators, especially here in the desert? Butterflies, bees, moths, hummingbirds, bats and doves all help pollinate our desert plants. Native bees are Nevada’s most critical pollinators, as their fuzzy bodies make these pollinating powerhouses extremely efficient at collecting and transferring pollen.

Additionally, there are more than 600 species of butterflies and moths in Nevada, from generalists who visit many types of flowers to specialists such as asyucca butterflies, which are the only insects capable of pollinating Joshua trees and other yucca species prevalent in the Mojave Desert ecosystem. .

Even seemingly hearty plants, including cacti, benefit from pollinators, allowing them to continue their genetic diversity and the distribution of new plants.

As you can see, Nevada’s pollinators are vital to the health of the state’s agriculture, natural resources, and quality of life. Unfortunately, several pollinator species in Nevada have suffered severe declines in recent years, with threats posed by dwindling wetland habitats, invasive species such as cheat grass, and wildfires. Let’s do our part by planting native plants and encouraging pollinators to do their job.

Chemistry as a cornerstone of scientific culture? | FIU News