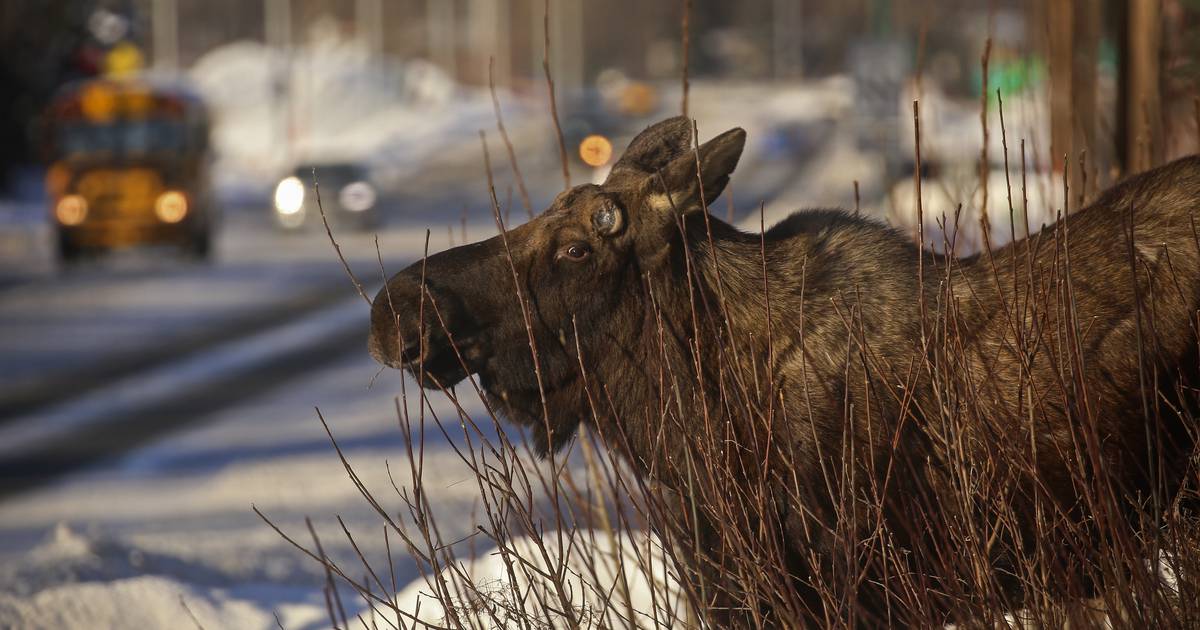 FAIRBANKS – It’s not just people who are a little irritated by the heavy snow this winter in the interior of Alaska.

“The snowfall in December was really heavy,” said Tony Hollis, Fairbanks area wildlife biologist for the Department of Fisheries and Game. â€œThis thick snow caused the moose not to want to stay in the snow. They want to be on the sidewalks, on the beaten track, or on groomed trails where commuting is easier for them.

Moose don’t want to be pushed off snow-cleared areas like streets and highways.

â€œThey don’t want to have to travel in deep snow, and so if they are forced to, they get aggressive to stay on hard ground,â€ Hollis said.

Moose are also more aggressive when approaching people’s homes or properties, which adds concern to residents.

He advised people to be patient and wait for a moose to leave an area instead of trying to engage the moose, but says it can take a while because moose don’t move quickly. at this stage.

He said moose could get aggressive if people tried to fog them.