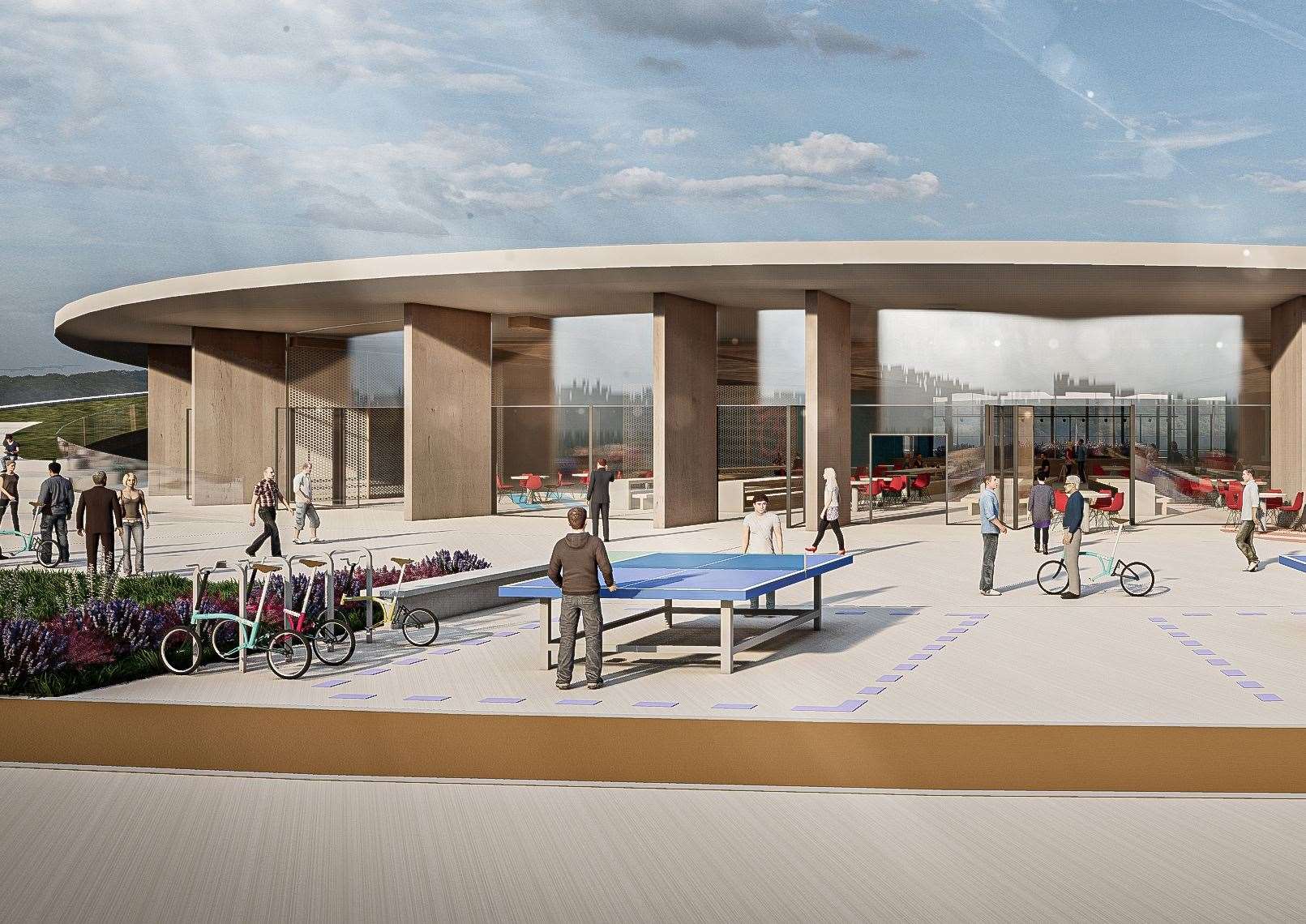 A multi-million pound bicycle factory in Ashford is not expected to open for another five years, it has emerged.

Bike maker Brompton plans to move to the city and build its global headquarters on wetlands near the Designer Outlet, creating thousands of jobs.

Land opposite the two-lane Avenue Jacques Faucheux, near Asda, has been earmarked for the new project which developers say will stretch beyond 2027.

Alex Kalorkoti, development manager at Quinn Estates, which is also the landowner, said construction work would be done in stages.

“Phase one is an e-bike factory which is a new venture for Brompton, then phase two is the relocation of traditional bicycle manufacturing and their operations to London,” he said.

“Phase three is a development hub for education and research.

“We are working to get an application towards the end of April, once we have had a chance to respond to feedback we will be looking to get a planning decision later this year.

“This will be the draft application that will cover all three phases.

“We would like to consider building the first phase to be handed over to Brompton in 2026, they would then fit out the spaces and look to open the following year.

“Phase two should follow soon after, then phase three is a bit further beyond 2027.”

Ashford fought off stiff competition from Birmingham, Manchester and Nottingham when it came to restricting factory locations.

Artist impressions show that there will be wide paths for cyclists and pedestrians to directly access the facility, which will also include a visitor center, museum and café.

The land is a 100-acre floodplain, but architect Guy Hollaway says that’s not a problem as the plant will be built on stilts and has been designed to work in harmony with the landscape and support biodiversity.

To get a sense of what people think of the proposals locally, Quinn Estates held a public consultation at the United Church on Cade Road where residents could ask questions directly.

Ashford Green Party co-leader and Willesborough Borough Representative Cllr Steve Campkin was there and said he was “cautiously excited about it”.

He said: “This is the bells and whistles proposition so we need to keep an eye on it to make sure what is on offer is actually delivered.

“After talking to Will [Butler-Adams]the CEO of Brompton, he wants to realize his vision and I think he is committed to it.

“As a member of the Green Party, I find it very difficult to watch a development that I cannot immediately object to, but when I have seen this I still find nothing to object to.

“It’s really good to see bikes coming back to the Norman district.”

Resident Luke Gilbert, co-founder of Bloss Coffee in Kingsnorth, was on hand at the event to find out more.

He said: “It will connect people to cycling and healthy living.

“It’s good to hear that this is not just a company that wants to expand, but also wants to connect with local people.

“I think this area has been in need of development for a long time so it’s great to see more than just the outlet.”

Jim Davies, a trustee of the Central Ashford Community Forum, was on hand to question Quinn Estates about the environmental impacts.

He said: “The building looks good and it’s good to see there will be an increase in the number of jobs available in Ashford, but from an environmental point of view I’m very concerned about the where he is.

“Despite what they say, I think the best place for it will be somewhere on an arable field.

“I’m also concerned that they haven’t talked about rail freight.

“They are right next to the railway line, they can bring in raw materials and ship finished products without sending heavy goods vehicles via Avenue Jacques Faucheux.

“I like what they said about recruitment and training, but I’m still worried that the more mature people looking for a job will be left out.

“They said a few nice words to me about it, but the proof of the pudding is in the eating it.”

A Newtown resident was also concerned about the impact on wildlife.

She said: “It’s a nice project, it’s good for jobs, but why here?

“The countryside is calm, quiet and good for the birds. For me, it’s more important to bring the city center back to life.”

Singleton residents Isobel Curwen, 29, and George Phillips, 30, had their concerns about the ecology.

Ms Curwen said: “It will create a lot of jobs and I think it will be really good for Ashford to have something like this, especially with all the London connections.

“I work in heritage and archeology so I was wondering about wetland ecology and habitat, but I’ve talked to people here about it and it looks like they have plans to mitigate it.”

Mr Phillips added: “If it can regenerate an area that is not really used and bring a big name to Ashford, that will be really positive.”