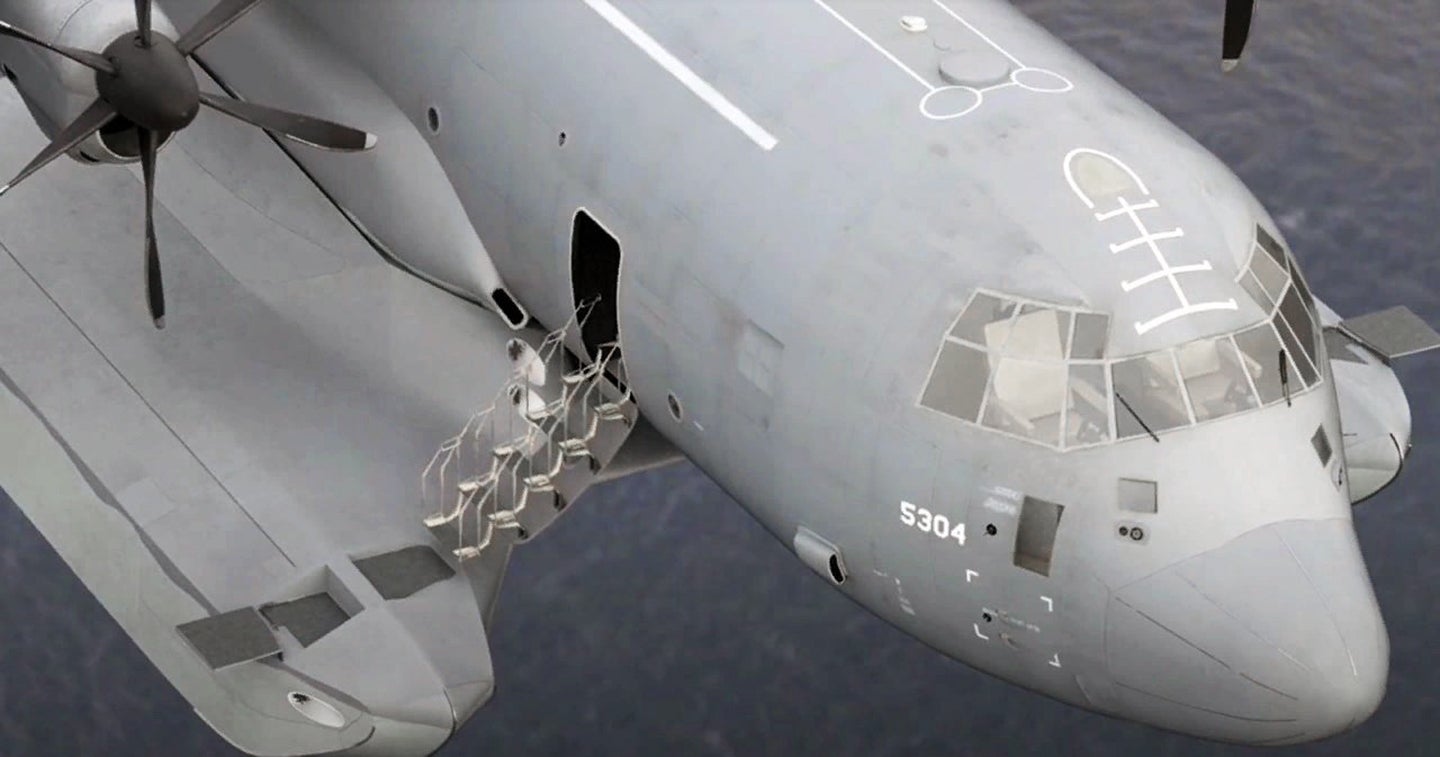 An amphibious version of the special operations MC-130J Commando II multi-mission combat transport is expected to take flight by next year, the head of the Air Force Special Operations Command (AFSOC) said on Tuesday. ).

“We are awaiting the result of the 23rd [Fiscal Year 2023] budget process that continues to grind its way through the hill right now,” Lt. Gen. James Slife told reporters at the Air and Space Forces Association (AFA) Air, Space, & Cyber ​​Conference at National Harbor, Maryland. “But our anticipation is that we will have a flight demonstration within the next calendar year.”

This is a change from what Slife said last year.

“I can say with certainty that our plan is to hold a demonstration by December 31 next year,” Slife said last September during a media roundtable, according to Defense News. Slife pointed out that a flight demonstration would most likely feature a single aircraft and would aim to validate the digital design models the program has run so far on the aircraft’s capabilities.

We have reached out to AFSOC to explain what has changed and will update this story with any additional information. Either way, this unique capability is still being researched with the aim of moving into the flight test phase and, as some would say, its rationale is becoming clearer as the months go by.

At a time when Chinese threats are of growing concern, United States Special Operations Command (SOCOM) has sought ways to move people and equipment to austere locations within or on the outskirts of potentially contested areas. Being able to take off and land on water offers many advantages. The MC-130’s ability to utilize short and often rough airstrips made it an attractive platform to consider for such capabilities.

A potential conflict with China would likely have distributed US forces operating in remote locations that may be difficult to reach with conventional air and sealift. Marine Corps Commander David Berger’s Force Design 2030 concept is based on pre-positioning troops within the range of Chinese weapons. On Monday, Air Force Gen. Kenneth Wilsbach spoke of having supplies prepositioned in the area in anticipation of Chinese efforts to cut supply lines.

Being able to take off and land on water has the potential to solve these issues and concerns. Decades of evolutionary development have gone into the MC-130J along with large sums of money to incorporate unique navigation, communication and survivability enhancements onto the airframe. So while there is clearly a trade-off in using a C-130 on floats on top of a seaplane, for example, it would be very expensive and time-consuming to outfit such an aircraft with the existing capabilities of the MC-130, which focus on getting alive inside and outside of hostile territory.

You can read more about the concept and its pitfalls and benefits in our previous coverage here.

“We kind of did all the modeling and simulation, and we agreed on a general design layout for how we’re going to do it,” Slife said of the plane’s design. , which was dubbed the MC-130J Commando II. Amphibious or MAC capability. “We are doing wave tank modeling to ensure that the design we have selected is stable and appears to be operationally viable for us.”

“The development of MAC capability is the culmination of several lines of effort,” said Lt. Col. Josh Trantham, AFSOC Science, Systems, Technology and Innovation (SST&I) Deputy Division Chief at the time. . “This capability allows the Air Force to increase placement and access for infiltration, exfiltration, and personnel recovery, as well as provide enhanced logistics capabilities for future competitions and conflicts.”

But AFSOC would not be the only beneficiary of this capability, Trantham said.

“We believe MAC will be usable by our sister services, allies and partners on various C-130 platforms,” he said. “Furthermore, expanding the operational use of amphibious aircraft alongside other innovative tools will create even more complex dilemmas in future battlespaces for our strategic competitors.”

In addition to wave tank testing, AFSOC and its private sector partners tested MAC prototypes through “digital design, virtual reality (VR) modeling and computer-aided design (CAD) in a virtual environment known as the Digital Proving Ground (DPG), paving the way for digital simulation, testing, and the use of advanced manufacturing for rapid prototyping and physical prototype testing,” according to AFSOC.

Slife said on Tuesday that the modeling and simulation “all went very well.”

“That’s the beauty of digital design and doing all of this with a digital model of the C 130,” he continued. “The wave tank tests we’ve done so far indicate that the design we’ve chosen works exactly as we like it would.

The Air Force is making “an amphibious modification” to the C-130, Slife said earlier this month on the AFA’s Warfighters in Action show, according to Signal Magazine. “It’s not a seaplane. It will have the ability to land on both land and water.

“We did a series of tests to determine: ‘Do we want to do a catamaran, a pontoon or a hull applique on the bottom of the plane?’ ” he said at the time. “We went through all the iterations of that. And we went with a design that offers the best compromise between drag, weight and sea state performance.”

Although looking forward to what the MAC would bring to maritime special operations, Slife was realistic about what it can and cannot do.

It would not, for example, be instantly adaptable, he said on Tuesday.

“The amphibious capability is field-installable, but it’s not like a take-off for a particular sortie,” Slife said. “It will take a little time. It does not need to go to a repository to be installed. Unit-level maintenance will be able to install this capability.

Despite MAC’s limitations and Slife’s interest in amphibious aircraft, he said AFSOC will not be looking for a new aircraft procurement program anytime soon – which goes beyond a kit for a C -130.

“In a world of unlimited resources, I would absolutely be invested in an amphibious capability,” Slife said. “But that’s not really the world we live in. There are big amphibians out there. But, you know, we’re not going to, at any time in the foreseeable future, be involved in any new program acquisition of aircraft to get into this area. We may find ourselves in a position where we could lease aircraft, you know, on purpose, from time to time.”

Last November, an AFSOC delegation visited Iwakuni Air Base in Japan to learn more about the amphibian and its concept of operations. At that time, JMSDF personnel briefed Maj. Gen. Eric Hill, Deputy Commander of AFSOC and Chief of the 353rd Special Operations Wing, in an exchange that was described as “further strengthening the partnership between the United States and Japan”.

We’ve covered this in detail, which you can read here.

The exposure to one of the few amphibians in military service today came as the service increasingly scrutinized the C-130 Hercules amphibious configuration.

Contrary to Slife’s reluctance to pursue a new purpose-built amphibious aircraft, China has already developed one.

The AG600 was designed to provide a unique capability when it comes to supporting China’s extraterritorial claims located hundreds of kilometers from the Chinese mainland. Most notably, the aircraft will be used to support the country’s highly contested and steadily growing man-made island outposts in the South China Sea.

China’s latest five-year plan, covering 2021 to 2025, identified AG600 as a “key program, due to the country’s urgent need for an emergency rescue aircraft, and in particular the strategic need for equipment able to serve its remote bases in the South China Sea, Business Intern reported. But as usual, the other military implications of having such a capability were omitted from China’s justification.

As the US military’s focus increases on austere, distributed operations, the amphibious C-130 will likely become a higher priority. But regardless, if things go according to plan, we should finally see a C-130 seaplane within a year.