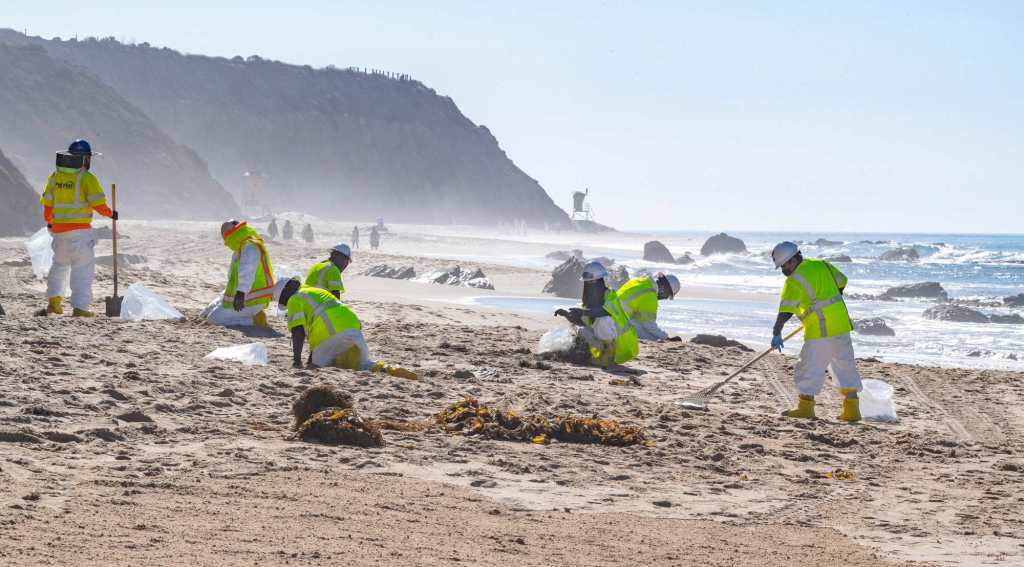 Southern California’s pristine coastline has once again fallen victim to the oil and gas industry. More than 25,000 gallons of oil have escaped from a pipeline that burst in the coastal waters off Huntington Beach, marking yet another oil spill off our iconic coasts.

The dirty and dangerous practices of offshore oil drilling have caused more than enough ecological and economic damage to our state over the past sixty years. This is not the first oil spill crisis California has faced, but it must be the last. We implore the Biden administration and Congress to finally preserve our coasts for future generations and protect our critical coastal economies by putting an end to offshore oil and gas drilling for good.

As legislators, we represent communities heavily affected by coastal environmental disasters. Industries such as tourism, recreation and fishing are essential to the economic success of our region. Healthy oceans and clean coasts help these industries succeed.

These coastal-related jobs represent a significant portion of the California job market. The clean coast economy supports about 654,000 jobs and generates $ 54.3 billion in gross domestic product for California, according to a recent report from ocean conservation nonprofit Oceana. Failure to protect our natural resources and those jobs from future spills, especially in the wake of the COVID-19 pandemic, will only cause continued economic damage.

The environmental and economic damage from this oil spill may never be known, but the loss of wages and income will particularly affect those who work and run companies with already tight margins. The California coast is a major economic engine of the state, and tourism accounts for over 75% of our coastal economy. Working class employees and small business owners in coastal industries like tourism, recreation and fishing face the greatest losses from these oil spills.

It is unfair and inequitable for large corporations to profit financially from these oil extractions so that their oil spills directly harm workers. When the public loses access to the beach or to fishing, it undeniably hurts our local economies. Coastal communities, through no fault of their own, are then forced to manage the costs of these catastrophic oil spills.

Most of the oil spilled into the ocean will never be recovered. No one knows when the last tar ball from this spill will wash up on shore or how much destruction it will inflict on our marine ecology. This disaster is the result of decisions made over 30 years ago – it all started with a lease to extract oil from federal waters.

While we don’t know how long it will take for marine life to recover from this latest environmental disaster, we do know that there are steps we can take now to help prevent these disasters in the future.

That is why we are calling on Congress to put an end to offshore oil drilling off the Pacific coast for good. It is counterproductive for the federal government to continue to allow offshore drilling when our coastal economies are hit hard by yet another man-made environmental disaster.

We need our leaders in Washington to protect our communities and our local economies from the threat of oil spills. The Build Back Better Act, which is currently making its way to Congress, includes provisions that would end new leases for offshore drilling in the Pacific Ocean for good, invest significant resources in a clean energy future, and ensure career transitions. from the fossil fuel industry to green energy. This is a critical first step that Congress must take this year, but we must also put a definitive end to existing offshore drilling to avoid future coastal disasters.

We don’t know when or where the next oil spill could happen if we continue to allow the oil industry to drill along our coast. What we do know is that when they drill, they overflow and no community should have to deal with these preventable disasters. In the legislature, we are doing our part and investigating the nature and damage of the spill, but Congress and President Biden must also act now to end all offshore oil drilling in federal waters.

Our coastal communities must be reassured that our state’s most precious natural resource and its essential economic engine are more important than the profits of the oil industry.