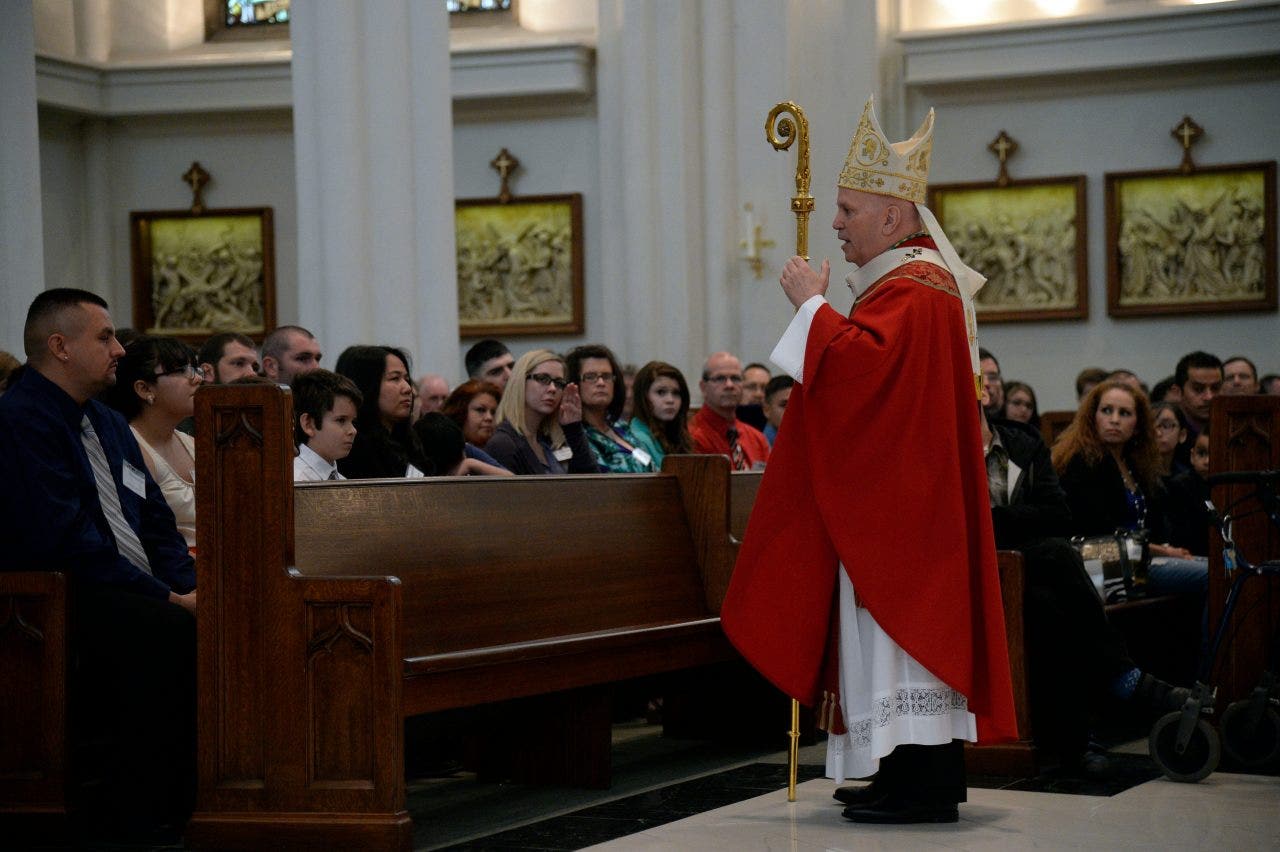 The Catholic Archdiocese of Denver in Colorado is forced to defend its policy against admitting students who reject their biological sex.

The archdiocese came under fire after a Nov. 7 article in the Denver Post described the school system’s policy advising against enrollment of self-identified transgender students.

The policy is outlined in a 2019 document offering guidance to administrators on navigating Church teaching on burning issues.

Other policy guidelines include not promoting or funding groups that encourage “an LGBTQ identity (rather than embracing their primary identity as a child of God.)”

FILE – Bishop Aquila during the homily before the anointing of adults and children the Sacrament of Confirmation Rite on May 24, 2015, at the Cathedral Basilica of the Immaculate Conception.
(John Leyba/The Denver Post via Getty Images)

The Archdiocese of Denver states in the document that all people, regardless of gender or sexuality, should be “treated with dignity and kindness.”

Problems arise, however, in disconnecting transgender ideology from Catholic theology in a way that the school system has deemed “unworkable.”

“In practice, when parents rely on secular medical or psychological counseling that emphasizes parental affirmation of the child’s desired identity as the only way to support the child, then the situation s ‘will prove impractical,” the archdiocesan document continues. “Even if the parents and the child express their will to conform to the rules of the school in force in the short term, the situation is not viable because the family and the school are working from irreconcilable premises and are heading towards incompatible goals.

Sally Odenheimer, a former Catholic who left the faith because of differences in belief on LGBT issues, told the Denver Post, “I felt like if I stayed in the church, it meant I was supporting their ideology, but for things to change, I have to be involved.”

“People are leaving in droves. I came back because they’re not going to win. More of us disagree with them, and we won’t let them do that,” she continued.

Archdiocese critic Tricia Williams told the Denver Post that the church is “hurting people” and “separating them from God” by following the policies.

In 2019, the same year that the Denver Archdiocese document was released, the Vatican released a document titled “Male and Female He Created Them.”

The document explained the church’s teaching that gender theory “speaks of a gradual process of denaturalization, that is, a moving away from nature and towards an absolute option for the decision of the subject’s feelings. human”.

Pope Francis has been an outspoken critic of gender ideology, quoting his predecessor Benedict XVI as calling it “the age of sin against God the Creator”.

Pope Francis addresses cardinals in St. Peter’s Basilica in the Vatican during a mass he celebrated for the newly created cardinals, Tuesday, August 30, 2022.
(AP Photo/Andrew Medichini)

In 2016, Pope Francis spoke to a group of Polish bishops about the issue, saying, “Today in schools they teach children – children – that everyone can choose their gender.”

Timothy Nerozzi is a staff writer for Fox News Digital. You can follow him on Twitter @timothynerozzi and email him at [email protected]