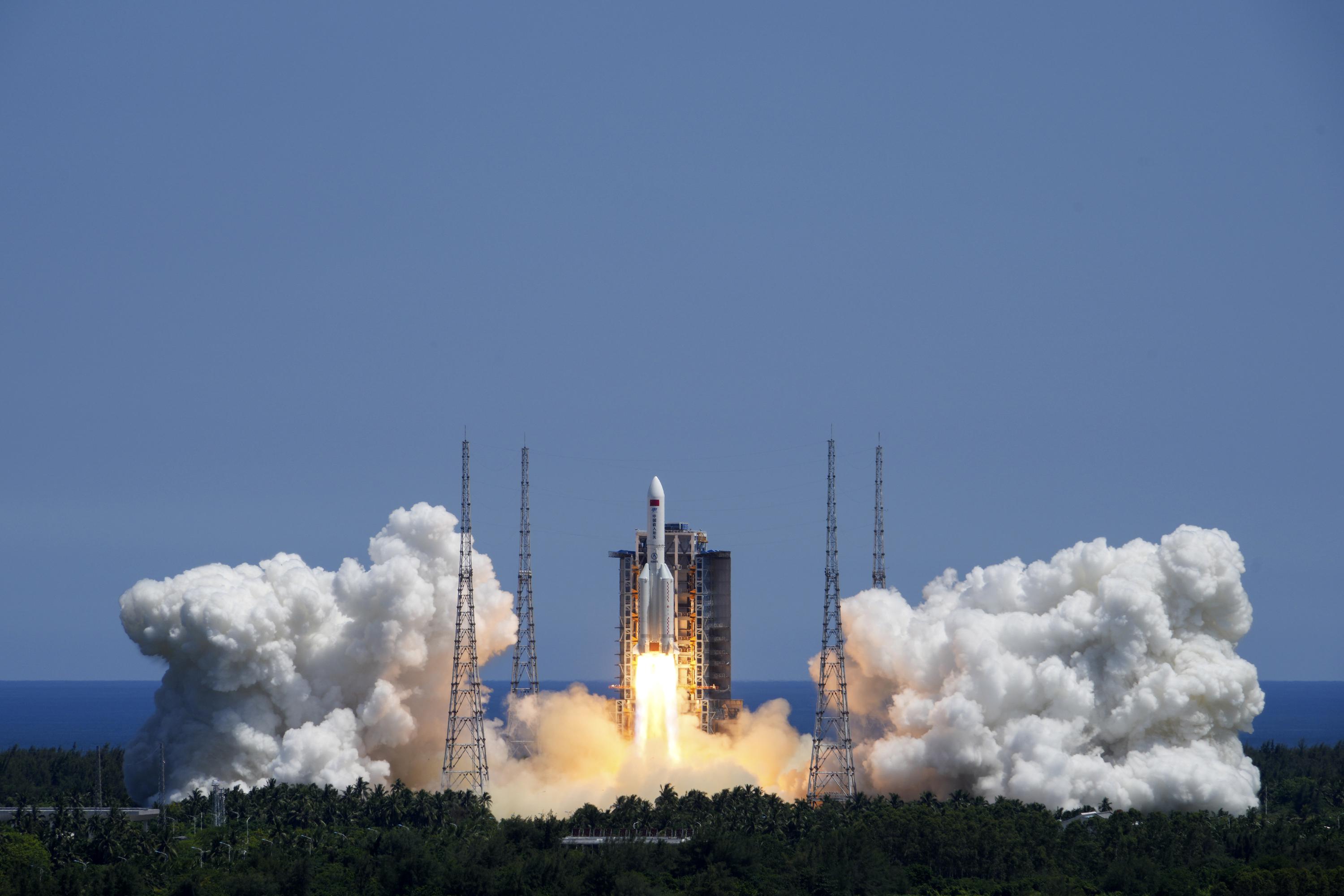 China adds a science lab to its orbiting space station

BEIJING (AP) — China has added a laboratory to its space station in permanent orbit Monday as it heads toward completion of the structure in the coming months.

The Wentian lab module was launched from the Wenchang space base in the tropical island province of Hainan on Sunday, as a crowd of amateur photographers and space enthusiasts looked on.

After 13 hours of flight, it successfully docked with the Tianhe main module of the Tiangong station at 03:13 a.m. (1913 GMT) on Monday, according to the China Manned Space Agency.

The Wentian is designed for science and biological experiments, and the 23-ton lab module is heavier than any single-module spacecraft currently in space, according to state-owned Global Times.

It will be followed by a second laboratory module, the Mengtian, which is scheduled for launch in October. Three astronauts currently live in the central module on a six-month mission and oversaw Wentian’s arrival and docking.

A Long March 5B-Y3 rocket, China’s most powerful, carried the module in the third such launch since China’s space station entered its construction phase. It was preceded by the Tianzhou-class cargo spacecraft and the Shenzhou-14 crewed spacecraft.

China’s space program is run by the ruling Communist Party’s military wing, the People’s Liberation Army, and has largely continued the Tiangong program without help from other nations. The United States barred China from the International Space Station because of its military ties.

China’s space program launched its first astronaut into orbit in 2003, making it the third country to do so alone after the former Soviet Union and the United States.

It has landed robot rovers on the moon and placed one on Mars last year. China has also returned lunar samples, and officials have discussed a possible crewed mission to the Moon.

Your Green Home: Climate Action Is on the States: For Now | Columnists

The Seattle Audubon Society drops “Audubon” from its name