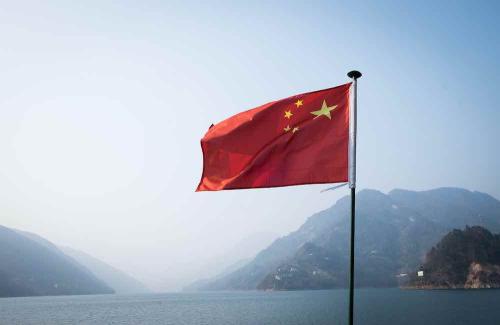 We have been surveillance the progress that the Chinese Ministry of Ecology and Environment (MEE) has made on the targets set in its New action plan for the control of pollutants, published in May 2022. One of the objectives of the plan was to publish a list of major “emerging pollutants” for regulation and control, the categories of which would include persistent organic pollutants; endocrine disruptors; antibiotics; and microplastics, in 2022.

Most recently, the MEE published a draft list new key pollutants and is seeking public comment on the list by October 28, 2022. Instructions for making a public comment are available in the To remark. The full list can be found here in Mandarin and here In English.

Although the list is not definitive, it appears to cover several chemicals that are already subject to international conventions (including the Stockholm Convention on Persistent Organic Pollutants), phased out, restricted or heavily regulated in the United States, the United Kingdom UK, Japan, Korea and/or Europe. These include PFOA, PFOS, PFHxS, decabromodiphenyl ether, dicofol, etc. The draft list also considers the main control measures that can be implemented for each of these chemicals. These control measures range from a total ban on production and use; to require import or export notices; upon cessation of import or export; strict application of discharge limits; regular self-monitoring and reporting to environmental control offices.

As discussed in our previous postonce the final list is released, following the public comment period, the Plan then directs MOEE to begin collecting key industry information from companies that produce, process, use or release priority chemicals.

Ultimately, these recent concrete steps indicate that China is indeed more focused on strengthening its pollutant monitoring framework. Other measures referenced in the plan that MOEE has implemented include proposals to protect the Yellow and Yangtze Rivers, both of which were released in early and late August.