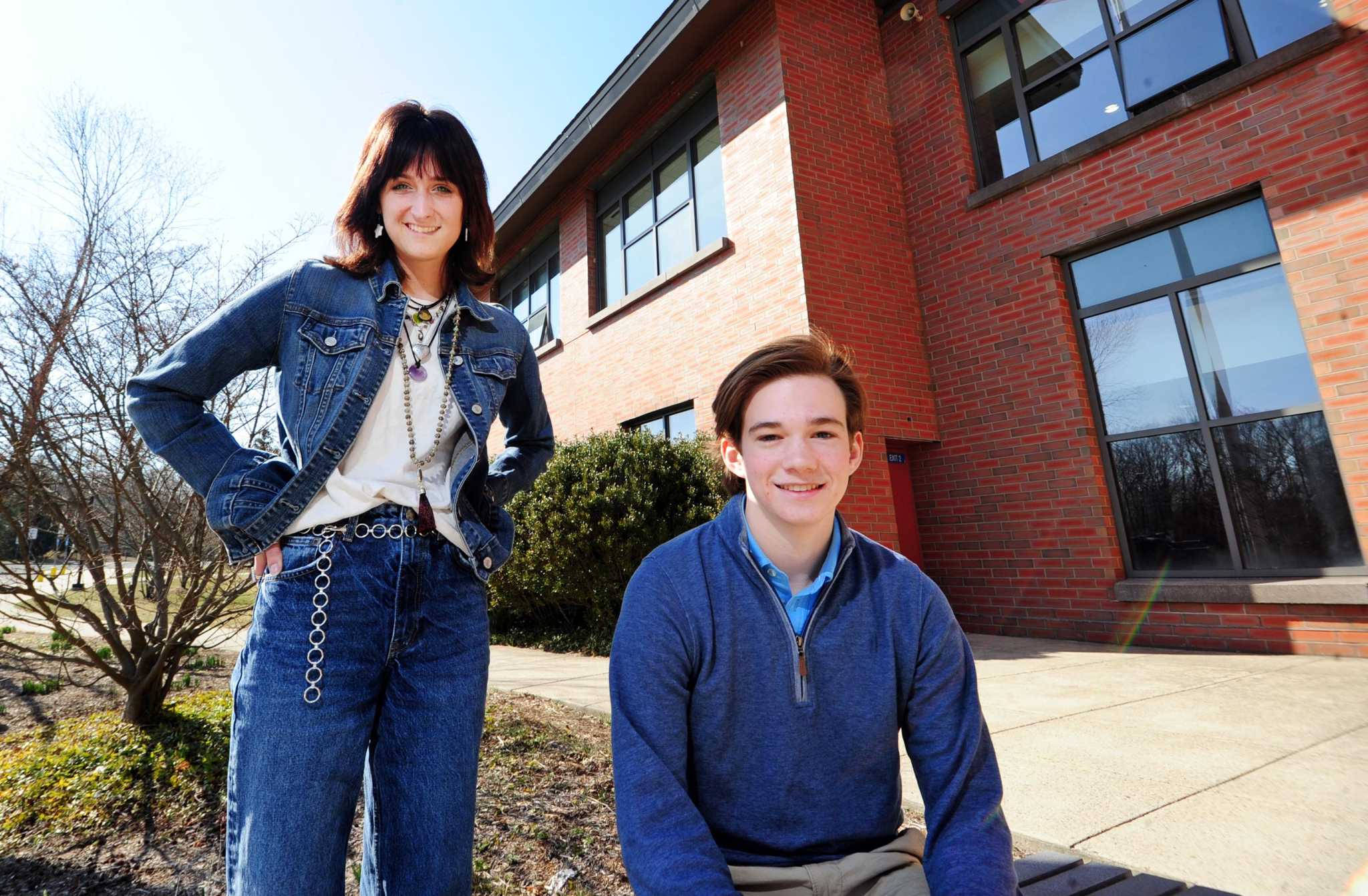 DARIEN — With research projects identifying clouds on Mars and tracking the evolution of songbirds, two Darien High School students are heading to New Mexico after scoring top marks in a national symposium on sciences and humanities.

In late April, they will be two of five students to represent the state at the National Junior Science and Humanities Symposium in Albuquerque, competing for thousands of dollars in scholarships.

The state symposium is sponsored by the University of Connecticut Health System and asked students to present original research on a range of science, technology, and humanities topics.

For Mengwall and Donzeiser, the internships come after years of working on their respective research topics as part of the three-year Authentic Science Research program in high school. Through the program, students seek out mentors, usually scientists in the field, to oversee and collaborate on their chosen projects.

Mengwall’s project used machine learning to identify clouds on Mars “efficiently and accurately”, he said. He worked with a NASA scientist for his project and said the research has generated datasets that can be used by scientists to better spot climate trends.

“We are finally able to better understand how the atmosphere of Mars is supposed to work,” Mengwall said. “It would be nice if we want to try to put more rovers or even potentially humans on Mars – we want to know where the clouds are, so we can start predicting them. And if we can understand Mars better, we can also look outside our solar system, potentially, and look for other planets.

Donzeiser worked with a researcher to practice species distribution modeling, assessing how climate change has shaped the evolutionary responses of the scarlet tanager, a migratory songbird.

“What I like to explain my project to people is that evolution is slow and climate change is fast,” Donzeiser said. “So will some species be able to adapt?

Brittany Knight, regional symposium director, said that this year the symposium review committee considered about 70 submissions. Individual high schools are allowed to send up to nine nominees, with only six total nominees from each school allowed to present at the statewide symposium.

“What’s so cool is that even though we’re in the age of COVID and students have to do it more independently from home, it doesn’t deter them from doing research, and they’re up to the challenge,” says Chevalier.

A number of Darien students have placed at the state level in recent years, Knight said.

She praised the projects of Donzeiser and Mengwall in particular for the far-reaching implications of their research.

“It’s amazing for these students to have these observations and questions in their lives and then really pursue them,” Knight said.

Zubairi and Lee join the distinguished ranks of SUNY