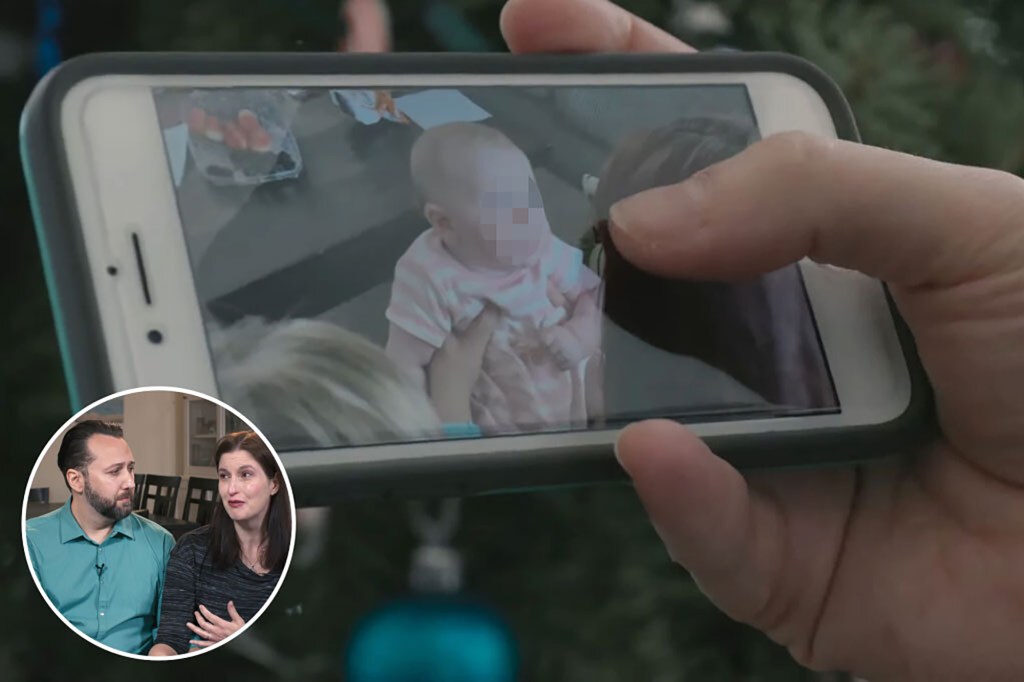 The video shows the moving moment a Los Angeles couple reunited with their biological child after an IVF confusion left them raising a child who was not actually theirs – a confusion they said left them “devastated. “.

Daphna and Alexander Cardinale said that the moment they saw a photo of a 4-month-old baby girl with blue eyes, there was no doubt it was theirs.

The Cardinals filed a lawsuit against the IVF clinic and its owner, Dr Eliran Mor, on November 8 for medical malpractice, negligence and fraud. According to a video released by their lawyer, the other couple who gave birth to Zoe are also considering filing a lawsuit against the fertility doctor and his companies.

The two couples had to sign a gestational carrier contract to formalize the exchange before finally exchanging the babies in January 2020.

The lasting effects of losing a child they bonded with, but also getting their own biological baby, have been “heartbreaking,” the Cadinales said in the emotional interview.

“I looked at her and was so aware I just didn’t know her at all,” said Daphna, 43, in tears. “So I remember thinking… I thought, ‘Who are you? I don’t know you ‘… which is heartbreaking to think of your own daughter.

The couple said losing the experience of carrying and giving birth to their own biological child and missing important newborn moments has been painful.

The Cardinals said the ordeal had also severely affected their 5-year-old daughter, who had previously bonded with the baby she considered her sister.

“It was the hardest thing in the world to have to say to Olivia, our oldest daughter,” Alexander said. “Of all this, it’s still the biggest trauma for me… having to explain to a five-year-old that the child, the sister they imprinted on and loved… is not their sister. I mean, she got away from us a bit. … She won’t let us hug her and kiss her. She kind of backed off a bit. We try to help her and give her the support she needs. It ultimately affected her in a deep way that I cannot verbalize.