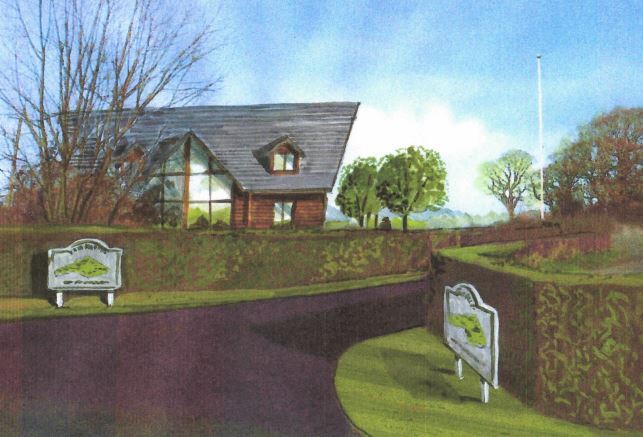 The Denbighshire planning committee has voted to deny an application for 44 holiday lodges at the former Rhyl rugby club – but the final decision rests with the Welsh government.

Councilors voted 13 to 4 to deny the request, which also included plans to convert the old clubhouse into a reception area.

The proposed development included plans for a restaurant, cafe, shop and bicycle rental office on the former Rhyl Rugby Club pitch on Waen Road in Rhuddlan.

The planning request was originally due to be discussed in April this year, but was called for a decision by the Welsh government which requested a resolution from the Denbighshire planning committee.

Councilor Christine Marston moved that the request be denied against the recommendation of the Planning Officers, which was seconded by Councilor Peter Scott. Cllr Marston said the development could accommodate up to 228 people, but argued it was poorly placed in the middle of the countryside.

Speaking after the meeting, Cllr Marston said: â€œThis is a very large scale and quite urban proposal in the countryside, and I think that was the main problem. This went against planning policy, not only Denbighshire planning policy, but also planning policy in Wales.

“The crux of the matter was the PSE12 local development policy, which does not allow static caravan sites in the countryside, and I know people will say ‘these are lodges’, but lodges meet the same kind of criteria. . “

â€œI’m glad the committee rejected it. It would also be a development on category 3A agricultural land. You should not develop on grade 3A land. It is a finite resource. He must be protected.

She added: ‘The last reason for rejection is when you are developing a site like a holiday park the Welsh government wants you to support and activate active travel routes which means encouraging people to walk and use transport active.

â€œIt was in a very rural area with trails. There was no way for people to get to the campsite without jumping in a car, and that also goes against the recommendations of the Welsh government. Government planning policy.

Speaking in favor of his planning request at the start of the meeting, William Ward of North Wales Construction Ltd said: â€œThis program is designed to be of the highest quality. This program would conservatively create over 30 full-time positions once opened, as well as many local jobs during the construction phase, from using local trades to supporting local suppliers.

â€œPresenting this project to the committee was a long and difficult process. It took a lot of time and effort from many people far better qualified than I was in many departments, and I hope the report allays any concerns anyone might have.

He added, â€œFor example, our environmentalists have developed an ecological plan for the site that will improve the biodiversity and ecology of the site. “

The final decision will be taken by the Welsh Government Planning Inspectorate.

The science behind the rapid spread of Omicron