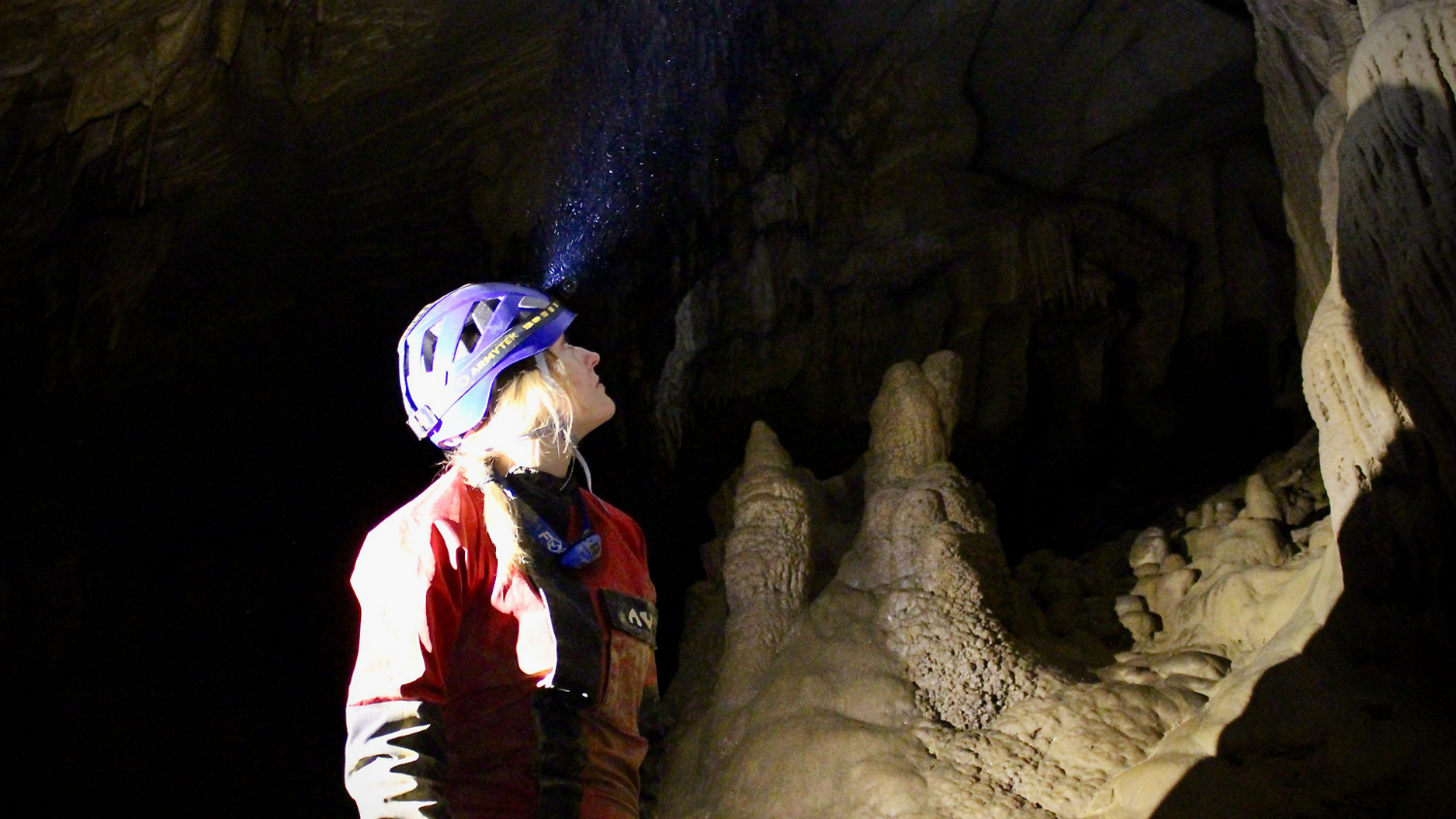 Does forest cover affect the spread of white-nose syndrome in bats?

Sophie Meng, an NC State junior studying environmental science and applied ecology, went where most people don’t go for her research project. His study site was dark, damp, and filled with creatures lurking in the shadows. But it’s one of his favorite places.

“I had so much fun,” Meng says. “It was probably one of the best experiences I’ve ever had.”

Accompanied by her advisor, Assistant Professor Skylar Hopkins, and several other researchers, Meng helped collect data for a research project related to infectious diseases, including white nose syndrome (WNS), a disease caused by a pathogen fungal. Bat populations have plummeted for more than a decade due to WNS. Meng’s research aimed to better understand how the disease spreads and how bat populations adapt.

Meng has always loved the outdoors. She spent most of her childhood in a small rural town in South Carolina called Landrum, but her parents are German and her family also moved to Germany for a while and then came back.

A helping hand to participate in research

His decision to attend NC State was based on the seemingly large number of opportunities available: “To me, it seemed like there were a lot of different, smaller communities within the giant campus and that really appealed to me. There’s always a lot going on and there’s always something to do, which I knew I would enjoy.

The large number of opportunities continues within the Minor in Applied Ecology, especially for research.

“There are plenty of research opportunities within the minor that you can participate in,” Meng says. “There are also a lot of nice teachers and students.”

Students in the applied ecology minor must complete three hours of research credit, either internally within the department or externally. This requirement encourages students to develop their own research interests and gain valuable skills needed after graduation. Research position openings are widely advertised and students can choose what they want to participate in.

Gain confidence in the lab

When Meng found the opening in Hopkins’ lab, she was immediately excited. She was looking for a summer job and she thought the advertised project sounded interesting. Although it was her first time doing research, Meng quickly understood the programs used.

“Skylar was the first person to give me an opportunity in my field,” says Meng. “She gave me a lot of advice, but also trusted me with the process. It made a huge difference in also giving me confidence in my own abilities.

For his research project, Meng used cave location information and satellite images to quantify the forest cover that covered caves in the southeastern United States. It has been hypothesized that tree cover affects the use of bat caves because cover would impact cave temperature and humidity, which are important environmental features for hibernating bats. .

Meng confirmed the hypothesis and researchers, including Meng, submit the publication to journals. The project is a collaboration with researchers at the University of Alabama at Huntsville.

“I thought it was really cool that Skylar threw me, but I still gave him enough advice.”

His research project involved comparing tree cover data from before WNS began to spread rapidly to data from today using the Google Earth Engine. Meng had never used the software before, but learned how to use it with help from Hopkins.

“I thought it was really cool that Skylar would throw me out, but I still gave him enough advice,” Meng says.

After determining whether the data was ‘meaningful’ or just happened by chance, using R software, Meng compared altitude and latitude to see if it affected tree canopy cover. and temperatures.

Discover a passion for research

This research project began as a summer opportunity, but Hopkins invited Meng to apply for a research grant to study caves in Virginia from the Office of Undergraduate Research.

“I got the grant, which was so exciting,” Meng says. “It was great to have this experience and that it was supported by the university.”

The data is used to better understand how forests affect cave microclimates. Meng says the experience is what she’s most proud of so far at NC State, and she knows it will be beneficial when applying for future jobs.

“Before that, I had a bit of impostor syndrome,” Meng explains. “I was wondering how I was going to gain experience because no one is looking for someone without any experience in their field.”

In the future, Meng plans to attend graduate school and continue her research, but if she hadn’t participated in research at NC State, she might not have chosen this path.

“I didn’t think I was going to do research,” Meng says. “I was just trying to figure out what job I wanted. But getting the research position at Skylar showed me that there’s so much to discover. Freelance projects are a great way for undergraduates to determine if research is something they want to do.”

Meng will present his research as part of the North Carolina State Undergraduate Research and Creativity Symposium April 26 and 27 at the Talley Student Union.

In fact, it’s men who need to smile more

9 things to do in Milwaukee this weekend: April 8-10