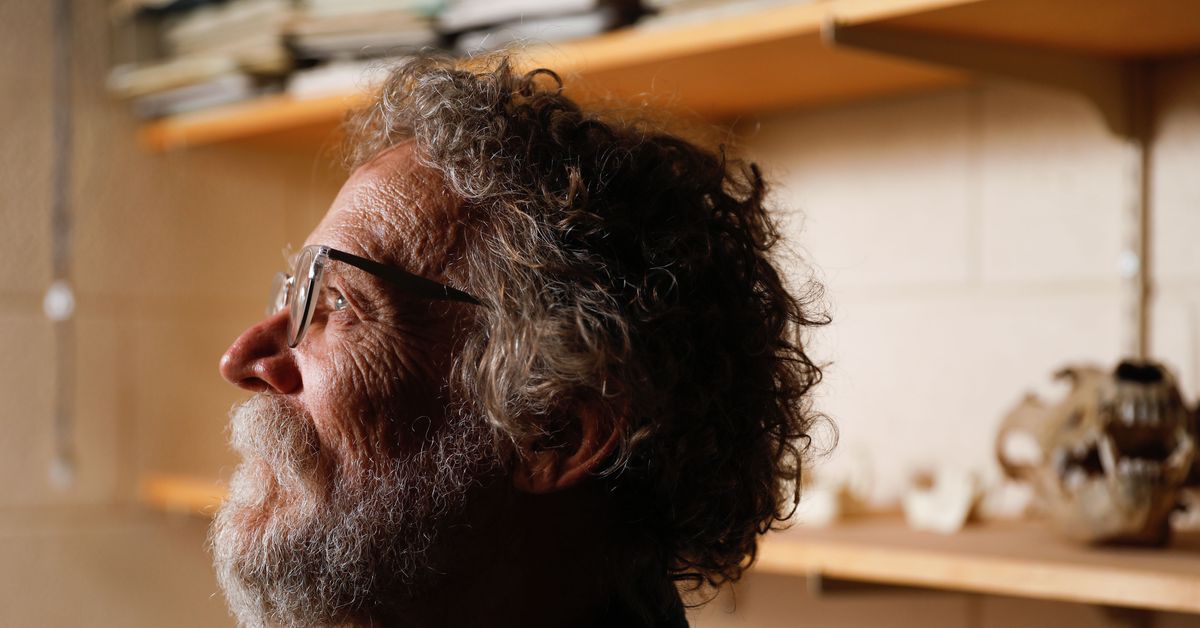 Does the beard protect men from punches? What a University of Utah study found

Ten years ago, during a sperm whale dispute at a college conference, a college colleague raised his fist at University of Utah biology professor David Carrier.

“He said, ‘I can hit you with that, but that’s not why it evolved,” “Carrier said.

Besides the obvious relief that the disagreement didn’t turn physical, the encounter sparked Carrier’s reflection on human hands.

“As soon as he said that, I thought, ‘Wait, maybe that’s what the hands are for,'” said Carrier, who is an evolutionary biologist.

After all, it is well documented that men commit the vast majority of acts of violence and most of these acts of aggression are directed against each other.

Carrier’s own research shows that when men do hand-to-hand combat, the face is usually the primary target.

He had no idea at the time that the confrontation would ultimately inspire a research project to determine whether the beard protected the jaw during unarmed combat.

The awards, presented by Marc Abrahams of the science and humor magazine Annals of Improbable Research, are a slight counterpoint to the traditional Nobel Prizes, which will be awarded in October.

First awarded in 1991, the Ig Nobel Prizes are intended to celebrate the science that “first makes people laugh, then makes them think.” The U. study is one of the 10 laureates.

Naleway, in a statement, said he thought it was “pretty cool” that American researchers were selected as Ig Nobel laureates.

“I strongly believe in the fact that there is a lot of value in research that is accessible to people,” he said.

In this case, the research team got together after Beseris approached Carrier to conduct an undergraduate research project. They decided to explore if the beards protected the jaw during unarmed combat. A beard covers the lower jaw, which is one of the main targets in unarmed combat.

No one went to his hands during the study, and none of the researchers had beards while they carried out the work, Naleway said.

Besides, Naleway said he was physically unable to grow a beard except for the stubble grown during the COVID-19 lockdown.

“My wife hated it, and I’ve seen pictures since and she was right. It was not pretty. So no, I’m not a bearded man, ”he said.

Instead, the researchers used sheep fleece to model human hair and an epoxy composite to model facial bones and used a drop weight impact tester to measure impact force and l energy absorbed.

They determined that the “samples completely covered with fur” were able to absorb more energy than samples that had been torn or sheared.

“The peak force was 16% greater and the total energy absorbed was 37% greater in the fur samples compared to the ripped samples. These differences were due in part to a longer delay in the delivery of force in the fur samples. These data support the hypothesis that human beards protect vulnerable regions of the facial skeleton from damaging blows, ”according to the team’s research article, which was published in the journal Integrative Organismal Biology in April 2020.

“Evolution leaves clues in our anatomy that we can observe and document,” he said in a statement. “I believe these are the building blocks of how we approach larger societal issues such as war, class disparity and racism. “

The researchers’ work has already been awarded the 2020 Pineapple Science Prize in Physics, an analogue of the Ig Nobel Prizes, presented in China by the Zhejiang Science Museum and the Guokr science website.

Last year’s Ig Nobel Prizes included the diagnosis of misphonia, the distress of hearing other people chew, and the changes in shape of an earthworm when it vibrates at high frequency.