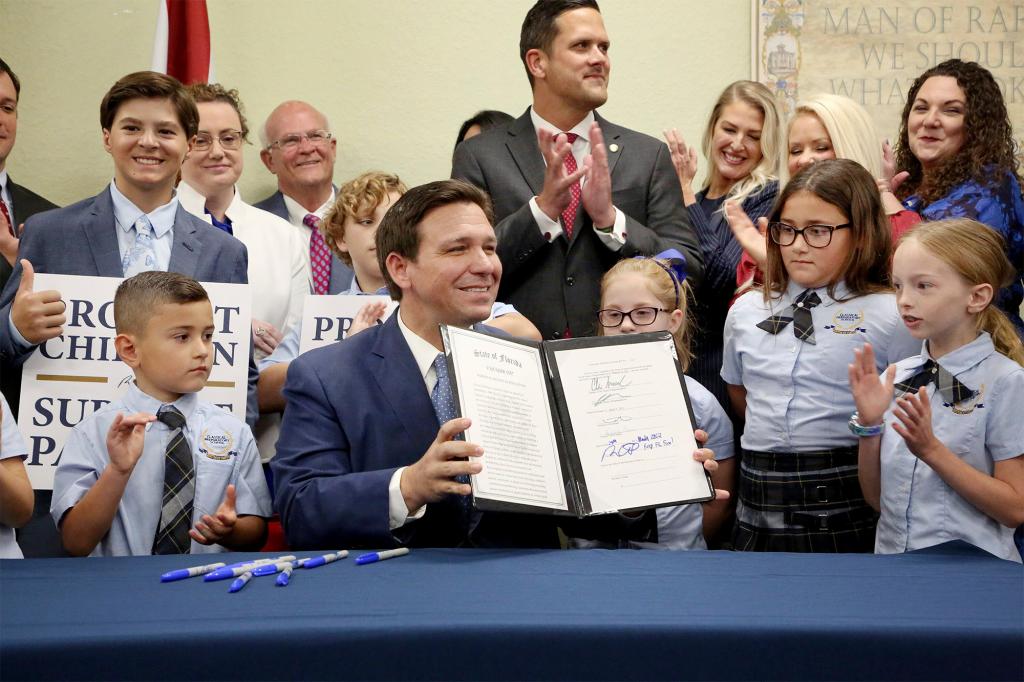 The Florida Board of Education unanimously passed new rules requiring all public and charter schools to provide gender-segregated bathrooms and locker rooms after a split public hearing on Wednesday.

The move comes months after the passage of a bill backed by Governor Ron DeSantis, spearheading legislation banning discussion of sexual orientation and gender identity for children in kindergarten through the third year in the state.

The new restroom regulations also require schools to notify parents if they offer bathrooms and changing rooms that are not gender-segregated and outline their monitoring procedures.

Backers said Wednesday that the measures ensure parental transparency while allowing schools to provide a variety of bathroom options for children.

“What this rule does is ensure that if a school implements a policy or procedure for specific designations for locker rooms or bathrooms or locker rooms, parents have a right to know,” said Acting Florida Education Commissioner Jacob Oliva.

“And that we are transparent about the procedures that take place in our schools.”

About 40 members of the public have signed up to speak both for and against the regulations, with opponents saying the rule would stigmatize transgender students.

Another commenter said the rules were not necessary.

“We need to end the stigma and these ridiculous bathroom predator myths,” she said. “Inclusiveness, love and acceptance is what our transgender and LGBTQ+ students need. Not separation and hatred.

Proponents of the measure said parents should be fully informed of all school policies that impact their children.

“Hiding a policy from parents only indicates the evil intentions of its nature,” a funder told the board.

Another parent said the rules would strengthen the rights of biological daughters.

“During a time in their lives when they are most uncomfortable with their bodies, we set aside their rights,” she said. “Forcing biological girls to strip in front of biological men is wrong.”

Florida has become a central battleground over issues related to schooling and gender identity. De Santis’ bill banning discussion of gender identity for young children has drawn ire from the LGBTQ community.

Proponents said the material was inappropriate for young children, while opponents argued it stigmatized the LGBTQ community.