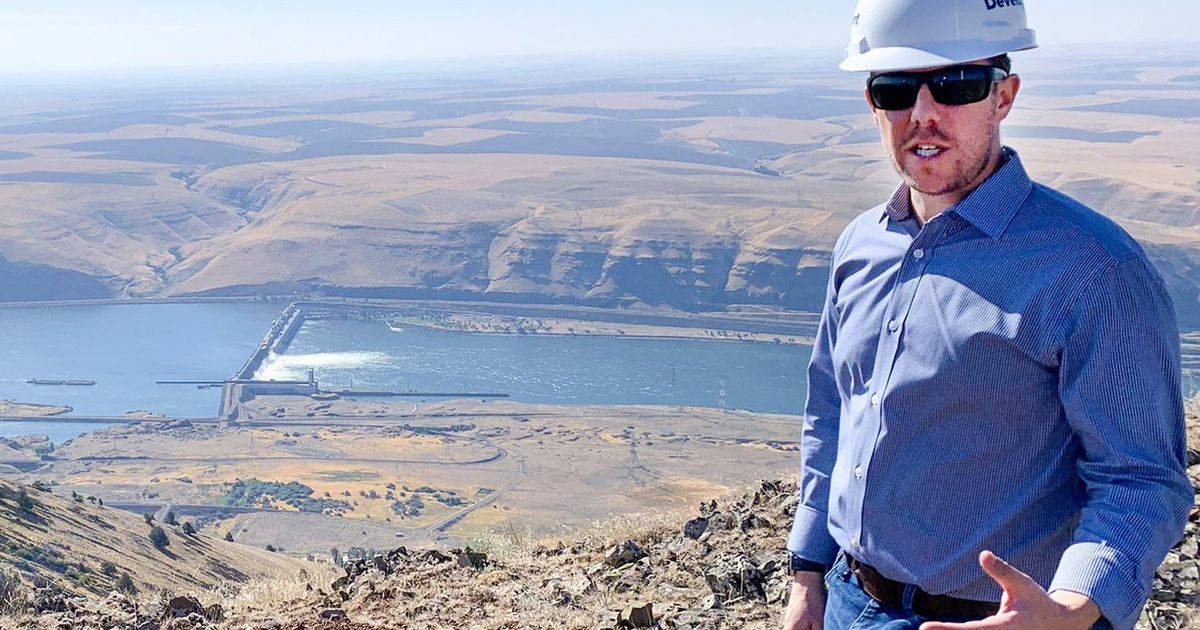 Climate change demands that we end our dependence on fossil fuels as soon as possible, but the path to an electric future, free from most greenhouse gas emissions, will require an “all of the above” approach to technologies. existing and under development for the production of clean energy.

The Goldendale Energy Storage Project, in development for years, would bring up to 1,200 megawatts of carbon-free electricity to the grid. While not free from controversy, it is a viable option to help meet Washington’s clean energy goals.

Located on the Columbia River, about eight miles southeast of Goldendale, Klickitat County, the project takes advantage of a 2,400-foot drop to generate electricity by running water along of a pipeline between an upper and lower reservoir.

The system would use renewable energy – wind and solar – to pump water to the upper reservoir during periods of excess production. The water is then released and circulates through turbines when electricity is needed to meet demand, such as when the sun is not shining or the wind is not blowing.

This potential energy, stored for use until needed, is the reason pumped storage hydropower is called “the world’s largest battery”. More than 60 projects are under construction around the world, mainly in Europe and Asia. The Goldendale project would receive at least a 30% investment tax credit through the Cut Inflation Act, signed into law last week by President Joe Biden, officials said.

The approximately $2.5 billion project is expected to generate around 3,000 family jobs during its five-year construction and 50 to 60 full-time positions once it is operational. It would also generate an estimated $14 million in tax revenue for the region. The project has a wide range of supporters, including trade unions, the City of Goldendale, Klickitat County and the five counties, two states Mid-Columbia Economic Development Districtwhich considers it a top priority for Washington in its overall economic development strategy.

To put the project’s power output into perspective, the troubled Lower Snake River dams have a capacity of 3,500 megawatts, though they average about 900 megawatts of carbon-free power each year, according to a 2022 Bonneville Power Administration Analysis.

The project’s lower reservoir would be located on land previously used by an aluminum smelter, and approximately $10 million will go toward brownfield cleanup. Although it is located next to the river, it would be a ‘closed loop’ system, meaning it would not be directly connected. Water would be purchased from the Klickitat Public Utility District.

The environmental impact is minimal, with a preliminary state Study of the Department of Ecology finding no significant negative impact on environmental resources. Disturbingly, the one area where the study found “important and essential“Damage was done to cultural and tribal resources.

In a July letter to Governor Jay Inslee, who in 2020 signed legislation which allowed for a fast-track permitting process, 17 tribal chiefs in the state urged him to reject the project. The letter calls the development a violation of Yakama treaty rights and warns that it would destroy an irreplaceable sacred site.

“For too long, these sacred places where we gather our food and hold our ceremonies have been threatened by development without consultation or consent from our sovereign tribes,” the tribal leaders wrote. “This is unacceptable.”

The shameful history of the abuse of Indigenous lands, including their desecration related to hydroelectricity in Washington, should not be ignored. However, the project’s benefits — both economic and for the state’s clean energy needs — deserve careful consideration by the Federal Energy Regulatory Commission, which is ultimately responsible for issuing permits.

A compromise that would allow the project to move forward while respecting tribal concerns would be beneficial to all.