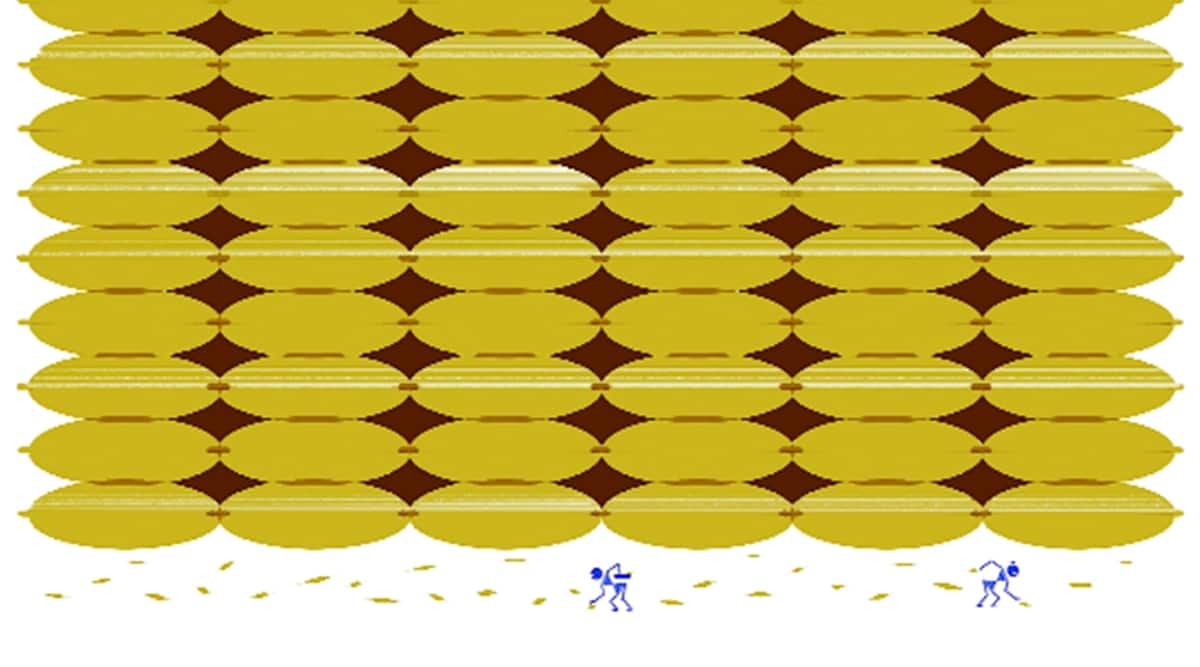 Hunger is not a question of biology. It’s about politics

A busy day ended and I started walking to my car in the hospital parking lot. With the sun setting in my eyes, I saw this seven or eight year old boy standing at the entrance of the hospital talking to his younger sister. Their father and an old lady (probably their grandmother) sat on their hips nearby. The little boy had returned after visiting his sick mother, who was admitted to our hospital. The young boy’s visit coincided with the lunch served to admitted patients. This stroke of luck had given him the chance of a lifetime. Now it was her turn to describe the menu to her younger sister.

“There was dal. There were rotis. There was dahi…. He spoke like a lover who has just won a duel. Her sister listened with admiration. His half-open mouth and shining eyes had an effect of surprise. “What else was there?” She asked nervously. Her golden brown hair, a sign of malnutrition, added misery to her innocent face.

“And there was achaar,” he continued with a click of his tongue. Every food he mentioned made the little girl’s eyes widen.

I continued to listen to them. The click of his tongue, the heat of the roasts, the precise salt of the dal – the good food had made him a master storyteller. Her sister’s face slowly collapsed, her excitement turning to anxiety. His sparse eyebrows were raised like parentheses. She was starting to realize what she had missed. The storyteller continued. By now darkness had engulfed his face. His brittle voice followed me into the parking lot. I drove in the dark promising myself that I would quickly forget about his sister’s miserable face and the meager food he was describing. I dreamed of them that night.

A few months after this incident, the Global Hunger Index (GHI) ranked India 101st out of a total of 116 countries. Despite my resistance, the two children came back to haunt me. Very bluntly, we were once again labeled the Republic of Hungry Citizens. To add misery to this horrible truth is the fact that during the 2019-2020 crop year (July-June), the country’s food grain production hit a record 297.5 million tonnes. . Hunger in India is therefore a classic case of the crisis of capitalism, against which Karl Marx, the best food theorist I know, once warned us.

In his book Hunger: A Modern History, James Vernon described hunger as a “timeless and inescapable biological condition”. Wrong. Hunger has always been political. The soul of hunger lies in the evil of the ruling class. The biology of hunger resides in the coffers of the state and its cronies. In a 2008 article, Hunger in the Contemporary World, Amartya Sen listed the interdependence of food deprivation and hunger on multiple factors. According to him, hunger involves much more than food. The different interconnections of food or lack of food are the well-being of economic sectors, women’s education, public activism and social engagement, employment, military spending, political incentives and policies government, personal income and inter-family food distribution rules. The complex diversity of these interconnections is what makes India vulnerable to widespread hunger.

That said, it is interesting to note that in the current GHI, India is doing worse than its neighbors, Pakistan, Bangladesh and Nepal. These are countries with a subset of factors and “food interconnections” similar to ours. It will therefore not be wrong to conclude that we must assess our responses in the fight against hunger in the light of what these nations have done well to face the threat of hunger.

Over the past decade or so, Bangladesh has made significant progress on many socio-economic parameters. The Infant Mortality Rate (IMR), considered one of the best indicators of the overall health of society, is 23.6 per thousand live births in Bangladesh, compared to 28.7 per thousand live births in India. The literacy rate for women in Bangladesh is 72 percent, higher than India’s at 66 percent. So it’s no surprise that they performed quite well in the GHI. A study by the International Food Policy Research Institute (IFPRI) on food security following the Covid-19 crisis in Bangladesh concluded that although the lockdown resulted in significant food insecurity, it quickly returned to levels before the pandemic with strong government involvement. A similar conclusion for India will require a leap of the imagination.

On the day the GHI released its ranking, Prime Minister Narendra Modi said that the country’s goal in the Aatmanirbhar Bharat campaign was to become the most powerful army in the world. However, our health care spending over the past five years has remained static or declined. Health is the most crucial “food interconnection”. Political will and commitment come next. In the absence of an organized food safety net, especially in urban India, our rank in the GHI will decline further.

India is a signatory of the United Nations Sustainable Development Goals (SDGs). We must achieve these 13 targets and 28 indicators by 2030. SDG target 2.1 lists that by 2030 we must end hunger and ensure access for all, especially the poor and vulnerable, including infants to a safe, nutritious and sufficient diet. all year. In 2020, we were ranked 94 (out of 107 countries) in the GHI. Our deterioration in 2021 is a grim reminder of our potential failure to meet the SDG 2.1 target unless we do something radically different; something more than going to war, and a vulgar display of power. Unless that happens, we, the Republic of the Hungry, will continue to find the truth in what Charlotte Bronte wrote in Shirley, the Tale:

“Take it as you find it: don’t ask any questions; do not admonish: it is your best wisdom. You expected bread, and you have a stone; break your teeth on it, and don’t scream because the nerves are martyred: don’t doubt that your mental stomach – if you have such a thing – is strong like an ostrich’s – the stone will digest.

This column first appeared in the paper edition on November 12, 2021 under the title “Hunger around us”. The author works in the Department of Orthopedics, AIIMS, New Delhi. Views are personal

The community unites to build the schoolyard ecosystem