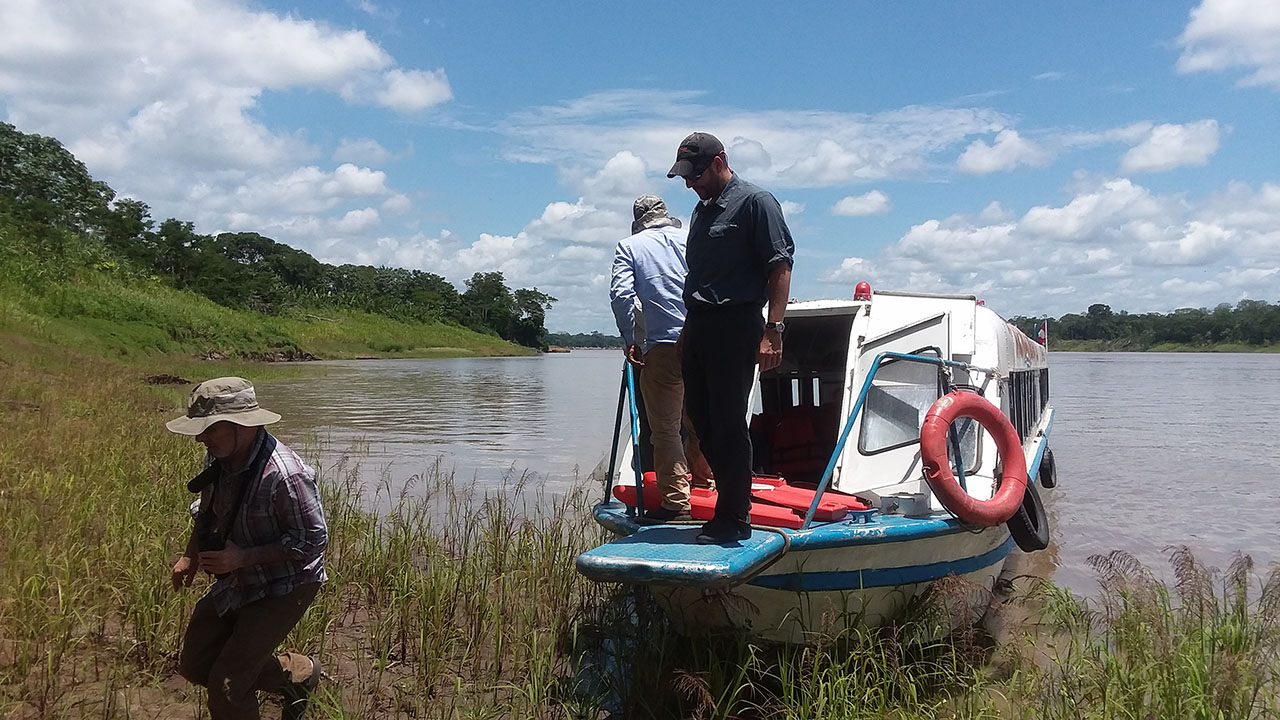 Since 2018 Husker Researcher steven thomas was part of an international research team with an ambitious goal: to harness artificial intelligence and other tools to understand how strategic planning can reduce the impact of hydroelectric development on the entire Amazon basin.

This was no small task as the Amazon Basin covers around 2.4 million square miles – more than a third of South America and just over 31 Cornhusker states. Currently, more than 350 sites have been identified as potential locations for hydroelectric dams throughout the basin. Over the four years of the project, the research team has grown to include dozens of collaborators from more than 24 academic institutions in the United States, Europe, and South America, including the Nature Conservancy and the Wildlife Conservation Society.

Ultimately, the team was able to identify four strategies to reduce negative environmental impacts during the construction of future dams. These strategies are set out in a new document, “Reducing the Negative Impacts of Amazon’s Hydropower Expansion”, published February 18 in Science. The paper features 40 co-authors, including Thomas, a professor of river and stream ecology at the School of Natural Resources in Nebraska. Alexander Flecker and Carla Gomes of Cornell University are leading the project.

Thomas has held several positions within the interdisciplinary team. He was part of the hydrology team that developed an index describing the overall degree of river regulation in the Amazon Basin and how it would change with each dam installation. He developed a graphical way to illustrate the magnitude of environmental loss resulting from historical decisions about where to build existing dams versus the impact that would have occurred if those locations had been ideally located. He also helped develop an approach to compare optimal dam designs conducted by individual nations against those derived from coordinated planning across the entire Amazon basin.

“All decisions about where to place dams involve complex trade-offs, and our approach provides a way to assess the trade-offs between energy production and the environmental consequences of dam construction and operation,” said Thomas. “Our assessment of existing dams in the Amazon illustrates how uncoordinated planning has resulted in projects that are collectively more harmful than would have been the case if alternative, strategically selected dams had been built.”

In identifying and analyzing these criteria, the team sought to understand the environmental consequences of the 158 existing hydroelectric dams in the basin, which were built in identified locations without coordinated planning, by quantifying their cumulative impact on each criterion.

The difference between these configurations represents the lost environmental benefit that could have been saved if coordinated planning had taken place in the past. The team then defined a new model of optimal dam locations that can minimize the loss of ecosystem services as hydropower expands from its current capacity.

The Science article outlines four key strategies to reduce environmental damage from future dam construction. The first is to identify dam sites that are consistently bad actors, i.e., they never occur in optimal solutions. Second, considering multiple criteria simultaneously – such as fisheries, biodiversity, floodplain agriculture and undisturbed waterways – is essential to identify projects that have the least impact on the services that people pull from the river.

Third, encourage basin-wide analysis in the planning of future projects to ensure the best environmental outcomes throughout the Amazon region. Finally, international cooperation will be needed to achieve optimal design and operation of dams. This is critical, as some solutions that seem good from one country’s perspective could be very damaging to its neighbours, suggesting that cooperative planning can reduce the likelihood of these conflicts arising.

Contributors from more than 25 academic and non-academic institutions from the United States, Brazil, Colombia, Ecuador, France, and Peru worked collaboratively on the project.

The Cornell Chronicle contributed to this story.