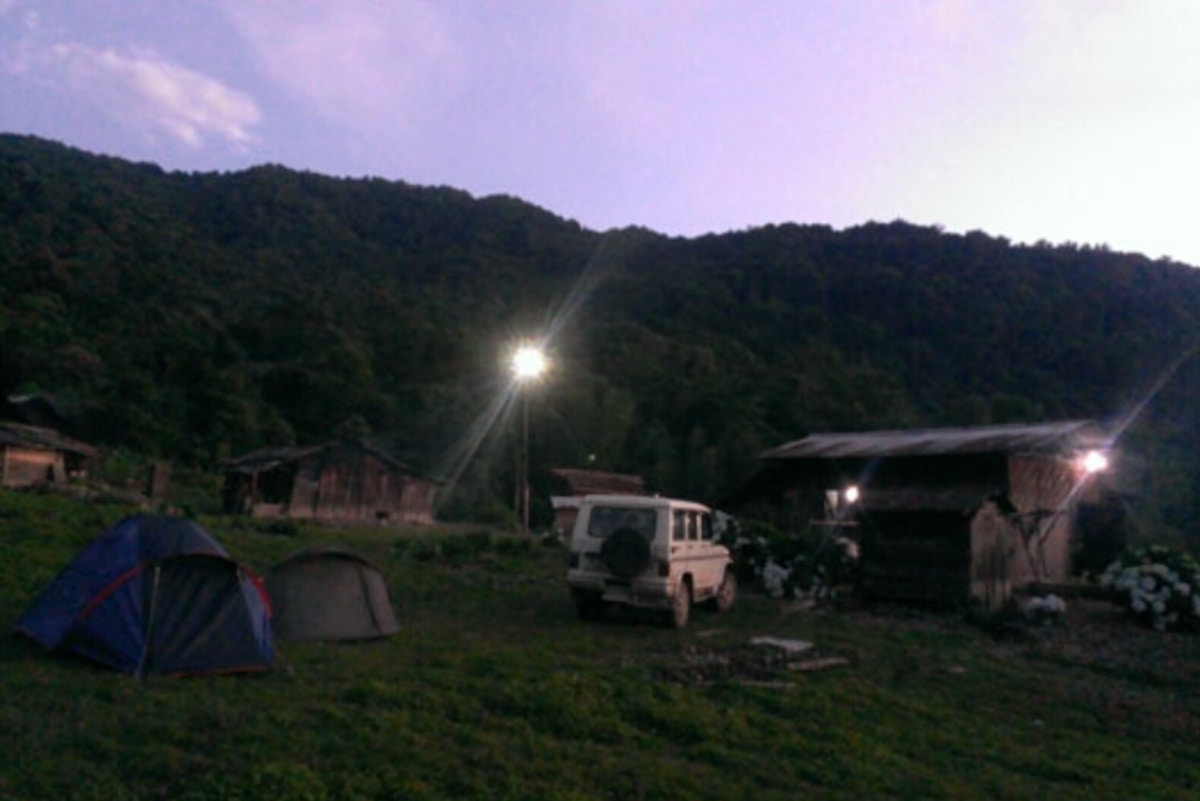 Longso Khupong is studying towards a degree in education in Kohima, the capital of Nagaland. When the city was closed last year to control the spread of Covid-19, he had to return home to Kinjung, a remote village in Tuensang district, near the Indo-Myanmar border.

Only a few years ago, the lack of electricity would have made distance learning impossible. But, says Khupong, thanks to the installation of a small generator set running on water, he was able to continue his studies.

Historically, much of the mountainous state of Nagaland in northeast India has not been connected to the grid. In 2017, only 55% of Nagaland’s 276,726 rural households were electrified, according to a 2019 study report through Deendayal Upadhyaya Gram Jyoti Yojana, the Indian government’s rural electrification program. Now all are, at least according to the government’s calculations. These do not necessarily mean that every house is electrified, only households, nor do they measure how much electricity each household can access.

In places like Kinjung, children traditionally help out in the fields after school. They would come home after dark and try to study by the dull glow of burning pine cones. In 2010, a hydroger was put in place, according to M Mongtsoa, ​​pastor of the Kinjung church. The provision of electricity in Nagaland makes a huge difference for children to study – and for the economy of rural villages as a whole.

In 2007, the Nagaland government established Nagaland Empowerment of People through Energy Development (NEPED) to supervise the electrification of rural areas. Through this, it aimed to improve livelihoods and increase opportunities.

“When we started in the early 2000s, most villages in Nagaland were not supplied with electricity from the grid,” explains Takum Chang, one of the founding members of NEPeD. The third pole.

As Nagaland has it many streams, the team decided to explore how to generate hydropower from them.

Initially, NEPeD installed machines called picogenerators in 2007 imported from China. These small hydroelectric generators use gravity: water from streams goes down and turns a turbine. It is the same principle as the water mills used before the industrial revolution.

However, the frequent maintenance of picogenerators, the difficulties of supplying spare parts and the cost of importation made them unsustainable.

NEPeD creates its own hydraulic generators

This prompted NEPeD to develop its own generators. He calls these “hydrogers”: combining hydroelectricity, for hydroelectric power, and the generator. It was an ongoing process of design and testing that spanned over a year, said Yanger Imchen.

“For three years, I used the Chinese-made generators which weren’t very good, but the new hydroger is very good,” said Datui Zeliang, who installed one on his farm in Poilwa village, district of Peren.

So far, NEPeD has manufactured around 150 of these new machines, two-thirds of which are used in Nagaland and one-third in neighboring states. He does them in collaboration with Nagaland Tool Room and Training Center, a registered company made up of government employees and individuals, in the city of Dimapur. In addition to reducing import costs, local manufacturing makes it easier to repair generators.

Imnayanger Imchen, coordinator of the NEPeD project, explains that the organization first identifies a potential area where water flows downstream only due to the forces of gravity. The machine is then transported from Dimapur and installed between a village and the river. Pipes and canals are used to divert water from the river to the generator. After passing through the generator, the water is drained and flows back down to join the river – or is used by farmers.

Each house has two or three LED bulbs and a similar number of charging ports, where residents can charge their phones and other devices. Some villages also have hydrogen streetlights.

The local village committee, which includes women, decides how much electricity people can use.

Local engineers trained by NEPeD carry out maintenance and minor repairs to the machines, which has created new jobs.

Benefits for livelihoods and local communities

As a farming community, the people of Kinjung work in fields far from their homes. Previously, they had to come home before dark to do housework. Electric light means they can spend more time in the fields and more productively.

In Longkung Village, Mokokchung District, Toshi Longkuner uses electricity produced by a hydroger to light his farm and power other equipment. “Electricity has helped me do more work and therefore employ more people,” said Longkuner. The third pole.

Another farmer, Datui Zeliang, from Peren district, owns orange, banana and oak plantations, and raises fish. He uses light traps to ward off pests from fruit trees, sort produce after dark, and use the water from the hydroger to irrigate his crops and fill fish ponds.

Once home, villagers can undertake additional activities at night that increase their income.

“Villagers now sort their vegetables at home at night,” says Takum Chang of NEPeD. “Many of them started weaving baskets.”

Mr. Mongtsoa says the villagers also started knitting at night. And having electricity means carpenters can use power tools, so they can work faster and more efficiently.

Will climate change affect the project?

As good as droughts, the erratic weather caused by climate change brings more flood in parts of Nagaland. “We take local knowledge into account when installing and divert the water from the stream through a small weir,” explains Imchen. “In the event of a flash flood, the facility is safe and the spillway can be repaired if damaged.

Punit Singh, an assistant professor at the Indian Institute of Science, says hydrogers are preferable to large-scale hydropower projects. Indeed, they have a minimal impact on the environment compared to dams. “Apart from the challenges of decentralization and the higher number of hydrogers, we should prefer the small ones, while understanding the local conditions and the hydrological cycle of nature,” Singh said. The third pole.

Himanshu Thakkar, coordinator of South Asia Network on Dams, Rivers and Populations, a research and advocacy group, says the impact of hydrogers is limited to a small area. In terms of aquatic life, he notes, “there may not be significant aquatic biodiversity in streams in hilly areas,” but adds that there needs to be further study on any potential impact. .

Thakkar warned that the diversion of waterways involves earthworks and must be done properly. “This can impact downstream populations, in addition to recharge and hydrogeology.”

“The microscopic impact on ecology will be there. But people-centered and empowering technologies help preserve fragile ecosystems, ”says Singh.

In addition to the fact that hydrogers avoid the need for polluting generators powered by fossil fuels, the use of machines has other environmental benefits. Villagers no longer need to burn wood to light up the night, allowing forests to replenish themselves. Mongtsoa, ​​the village pastor, says villagers are now taking action to ensure there is tree cover and proper drainage to keep the streams flowing. This allows the source to be recharged and improves the resilience.

NEPeD also conducts workshops and maintains ongoing conversations with communities on conservation. It educates people about the relationship between trees, precipitation and the water cycle.

The electrification helped Buam organize more activities for tourists, increased its turnover and created employment opportunities for the villagers.

To date, the cost per hydroger before tax has been 160,000 Indian rupees (approximately 2,170 USD). In most cases, especially in remote communities in Nagaland, NEPeD provides the generators for free. Individuals or organizations, such as tourist resorts in Buam, pay for the machines.

While officially Nagaland is now electrified, Imchen said The third pole that the diet is likely to continue. Requests for hydrogers are still pending as rural communities seek to increase their electrical capacity.

This story was published with permission from The third pole.

Thanks for reading this story to the end!

We would be grateful if you would consider becoming a member of Cercle EB. It helps keep our stories and resources free to all, and it also supports independent journalism dedicated to sustainability. For a small donation of S $ 60 per year, your help would make such a big difference.

Argus Wesleyan | Responding to COVID-19: Laboratory course during the pandemic