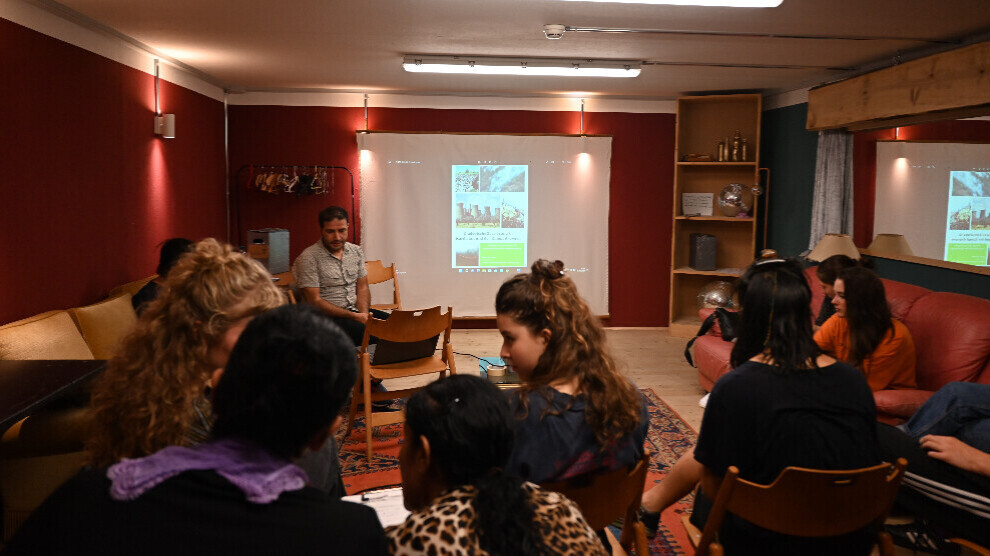 A workshop on “Ecological destruction in Kurdistan and the fight against it” took place on Friday in the framework of the Climate Hall (Klimahalle) in Bern. The Klimahalle is an open space with workshops, art, concerts, performances, debates, food and more. This year’s theme was “Utopias”. During this three-day event, young people create a space for debate and exchange, in which discussions on climate issues and new ideas for a climate-friendly future are encouraged.

The workshop on ecological struggles in Kurdistan on Friday at the Reithalle in Bern was organized by Tuncay Ok. The Kurdish activist, who was forced into exile due to persecution by the Turkish authorities, spoke about the destruction ecological target in Kurdistan.

In his presentation, Ok looked back on the developments of the last 5000 years and gave an account of the dam projects and the displacement of the population of Kurdistan, especially since the 1990s. The destruction of nature and culture is a central element of the war waged by the Turkish state. Kurdistan, according to the state, should be depopulated.

Ok also spoke about resistance to these policies. The environmental movement in Mesopotamia has been fighting against the destruction of nature and for a sustainable ecological society since 2005 and wants to expand its work in Europe, Ok said. After his presentation, there was a question and answer session.

Peat sales will stop in 2024 to save peatlands and ecology