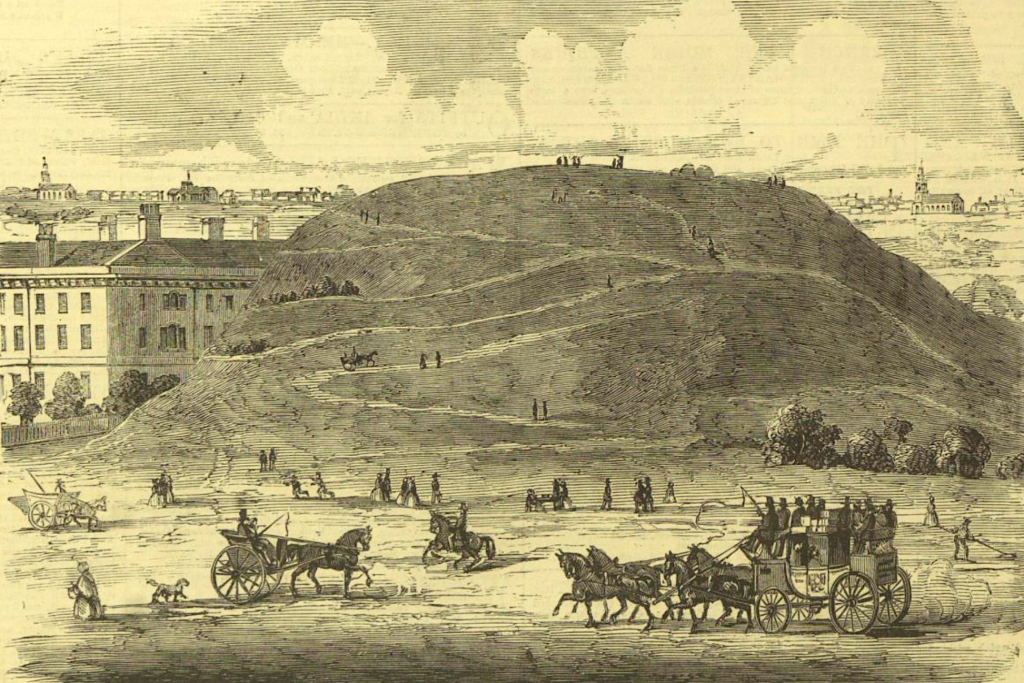 At this time of year, butterflies in the countryside are extremely entertaining and offer a new perspective on reading the landscape, making me think of ecosystems in a new way.

A local hedge had been severely reduced to bare soil and trunks in late February and now, in June, had rejuvenated with lush wildflowers and nettles. No doubt the reduction of the shadows fostered new life.

A large colony of peacock butterfly caterpillars tended nettle leaves. My phone came to my rescue both as a camera and as an encyclopedia, and I found that common, ordinary, and often painful nettle is a key incubator for most butterflies.

Peacock butterfly caterpillars on nettles, photographed by the author

MVRDV’s mound asks, “How can we bring fresh air to our cities? Perhaps. Everyone knows that nature is not just a green form, and cities rich in biodiversity do not manifest in such crass visual and abbreviated terms.

But the Oxford Street ‘mound’ has been useful folly, as the controversy surrounding it and its somewhat disappointing ecological credentials will make architects and planners reflect on the role of nature in the design of our cities.

Nature, he reminds us, is not superficial and architecture is not limited to a “built” form. Shallow formal approaches such as this can be useful in sparking a debate on how we should really renovate and adapt our cities to better embrace nature.

Once upon a time a heap at the end of the road was a neighborhood landmark not uncommon in our cities. These mounds were known as “laystalls”, usually a “common” where livestock waste would be piled up. Measures to remove them from the urban scene began after the Great Fire of London, but unsightly, smelly and dangerous mounds have existed in the city for much longer.

Devil’ Our common friend has many scenes in and around the “dust heaps” of London. And I regretted the loss of the iconic Whitechapel Mount (on the picture), abolished in 1803, but at the time a more important part of the city than the nearby Whitechapel Hospital. These urban mounds were substantial, heavy – and often unpleasant – reminders of our ecosystems. 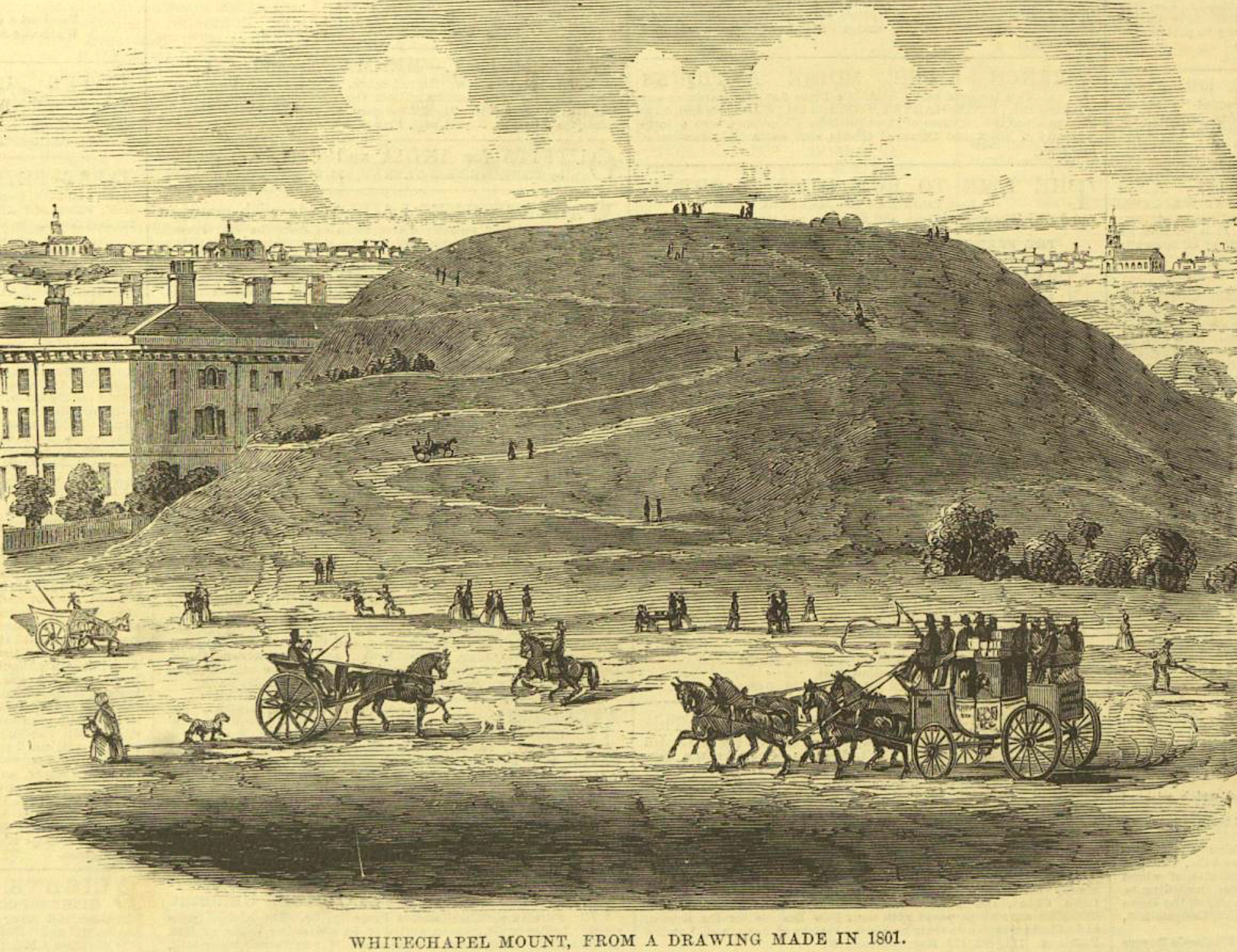 The disappointments around the Oxford Street “mound” may finally push us towards a more substantial and responsible approach to designing equitable access to nature – something that actually creates an ecosystem and habitat, rather than “looking like it”. To nature.

Let’s start by appointing a specialist soft landscape architect with some knowledge of ecology early on in the landscaping design process, making the most of the SUD requirements, looking at simple measures such as paving, making room for community food culture. The carbon consumption of food and drink in the UK is unnecessarily high; the parameters of our building must be considered as seasonal productive ecosystems.

Let us increase the soft and thick mud of our cities; think of nature as something heavy and complex, rather than a shallow graft.

In the East End of London, the mounds have a habit of providing rich landscapes, focal points and sociable developing spaces, from the Arnold Circus of Boundary Estate to the Robin Hood Gardens of the Smithsons. Many of them, like the highly regarded Arnold Circus, can also be understood to have circular economy value, keeping excavation material in situ.

The next time London orders an urban mound, whether it’s something that requires rubber boots or hiking boots, something that we and other species can really get stuck in. For now, I hope the nettles find their way to the Oxford Street “mound” and bring with them a fortuitous new ecosystem. 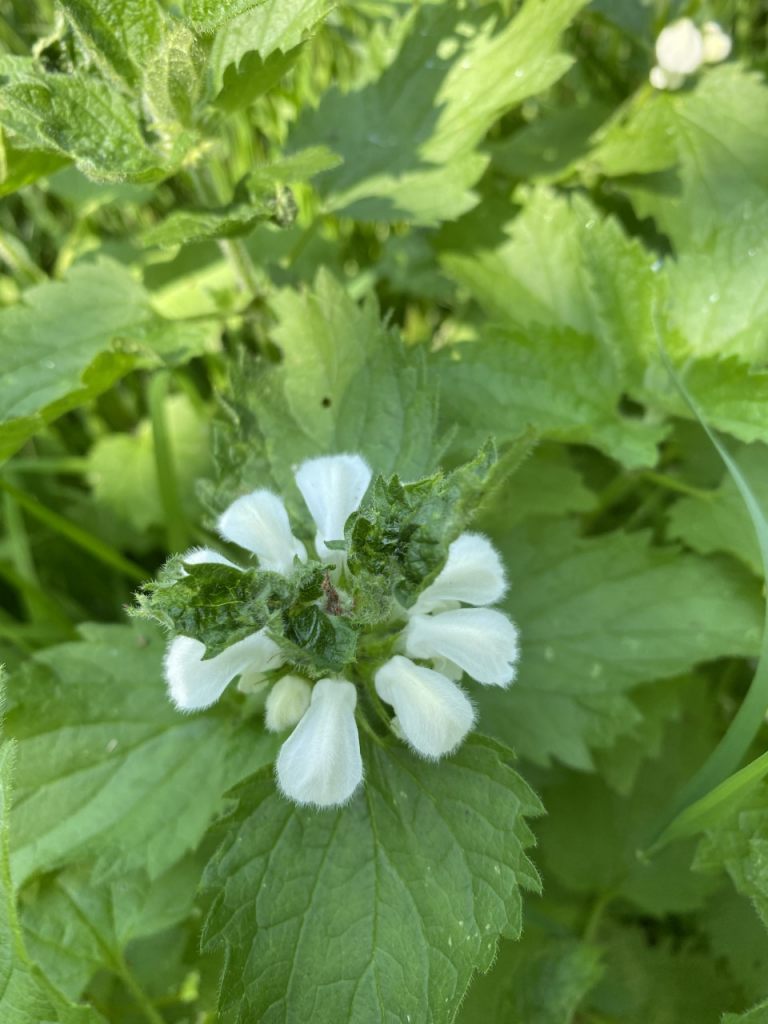 Often painful nettles are key incubators for most butterflies

Cristina Monteiro is an architect specializing in heritage and conservation, researcher and founding co-director of DK-CM