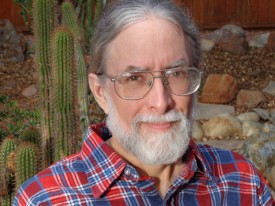 2016 follow-up The illusion of the presence of God: the biological origins of spiritual desire (Prometheus), computational biologist and neuroscientist John C. Wathey, Ph.D, says he’s “opening the hood and examining the messy machinery behind human behavior” in his new book. The idea for The Phantom God: What Neuroscience Reveals About the Compulsion to Believe (Prométhée, oct.) was born while he was writing his first work. “I wanted to write a chapter or two on neuroscience, but it blew up. I just kept finding more fascinating things and had to resist the urge to oversimplify. The chapter got bigger and I realized it was another book.

In The Illusion of God’s Presence, Wathey has focused on what he calls “behavioral issues” and evolutionary questions about religion in particular. For example, why does this behavior – spiritual desire – happening? What use is such a belief in God to advance survival? In The ghost godhowever, the focus is on “the questions of how, the mechanistic questions,” he says. The book “looks at what’s really going on in the brain” and explores how biology gives rise to religious beliefs.

According to Jake Bonar, editor of Prometheus Books, The ghost god specifically asks, “What happens in our brain when we experience religious emotions? He adds, “Beyond the straightforward, dogmatic ‘anti-religion’ position, Wathey’s book is important because it recognizes religious belief as something completely natural to our biological and neurological roots.”

Wathey links belief in God to a common experience among those who have had amputations. “When an arm has been amputated, very often the subject will still feel that the arm is present,” he explains. This phenomenon is known as phantom limb, in which the subject “still receives these illusory sensations from their fingers or hands. They’re so certain that their arm is still there, even though they know it’s not.

“It’s not that they’re delusional,” Wathey clarifies. “They understand it’s missing, but they have this compelling illusion that it’s there.” In some cases, “they may be trying to answer a phone or something with their phantom limb because the illusion is so compelling”.

Wathey attributes this reaction to the functioning of the human brain, which he describes as “a highly structured, genetically programmed thing that already contains a lot of information”. This information includes what newborns should expect from the world. these expectations are “the existence of that other being out there who knows everything, has the power to nurture and protect, and to provide food, water and warmth. It’s a vague idea of the existence of a mother.” Wathey hypothesizes that this programming “can give the illusion of the presence of God”.

“This expectation of savior, left over from early childhood, is very analogous to the sensation of the phantom limb,” he says.

Wathey is calling The ghost god “engaging and accessible to someone who is not a scientist, but also scientifically rigorous.” He hopes the book will appeal to “intelligent readers who are curious about neuroscience, religion, and the origin of religion.”

Marketing and publicity for the title will include media links with talks and author talks, promotions on the Prometheus website, and inclusion in Globe Pequot’s distribution and trade catalogs, in addition to national media outreach on the web, broadcast and print media, including major outlets of philosophy and atheism such as american atheist, ThoughtHub, Sciences of the mindand First Things.