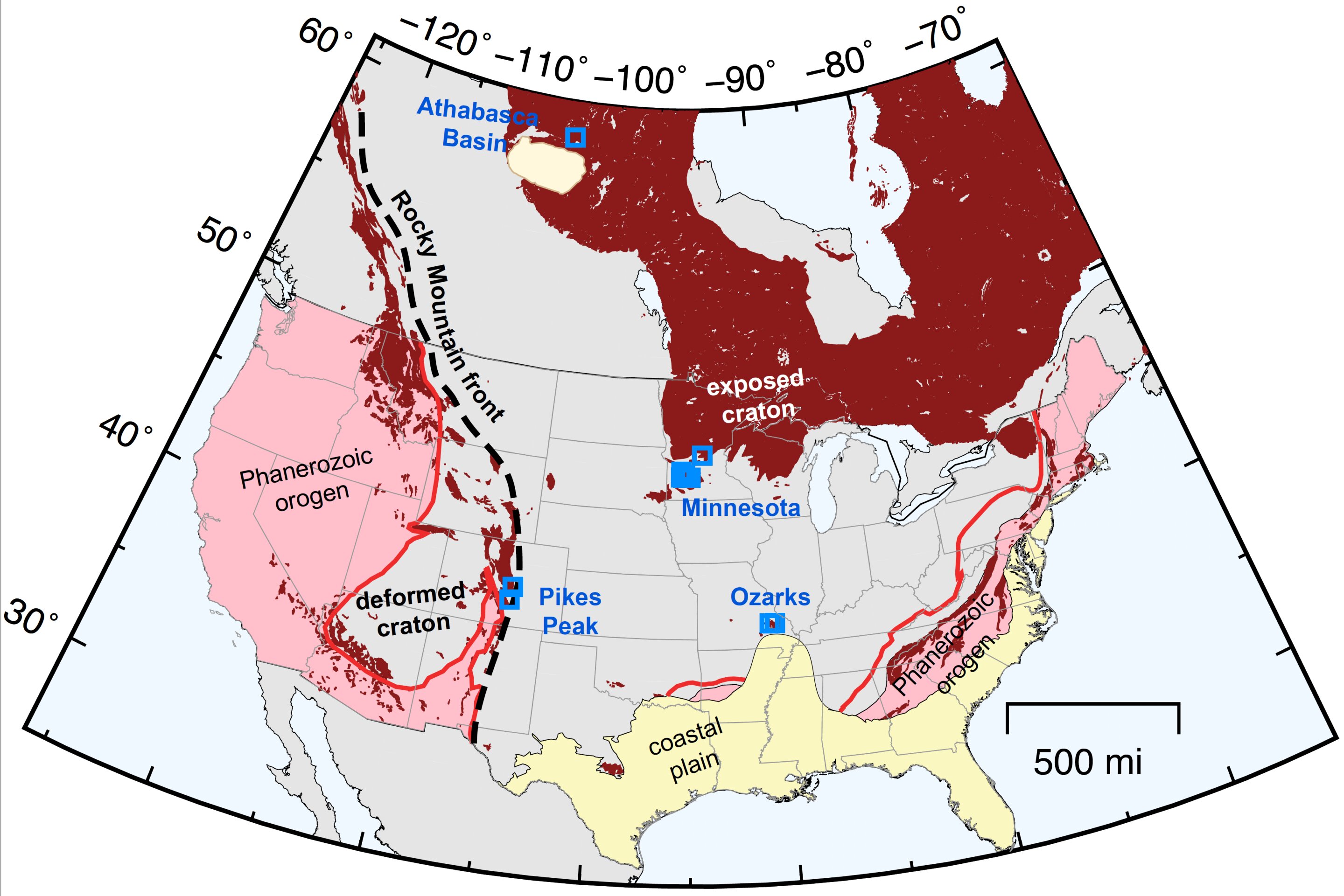 According to a study published in Proceedings of the National Academy of Sciences.

The research presents the latest findings from a debate over the causes of Earth’s ‘Great Unconformity’ – a time interval in the geological record associated with the erosion of rocks up to 3 miles thick in regions of the whole world.

“The fact that so many places lack sedimentary rocks from this period has been one of the most puzzling features of rock records,” said C. Brenhin Keller, assistant professor of Earth sciences and senior researcher on the study. “With these results, the model is starting to make a lot more sense.”

The massive amount of missing rock known as the Great Unconformity was first named in the Grand Canyon in the late 1800s. The remarkable geological feature is visible where rock layers from distant eras are taken into sandwich, and it is often identified where rocks with fossils lie directly above those without fossils.

“It was a fascinating time in Earth’s history,” said Kalin McDannell, postdoctoral researcher at Dartmouth and lead author of the paper. “The Great Unconformity sets the stage for the Cambrian Explosion of Life, which has always been puzzling because it is so abrupt in the fossil record – geological and evolutionary processes are generally gradual.”

For more than a century, researchers have sought to explain the cause of missing geological time.

Over the past five years, two opposing theories have emerged: the first explains that the rock was carved out by ancient glaciers during the Snowball Earth period around 700 to 635 million years ago. The other focuses on a series of plate tectonic events over a much longer period during the assembly and break-up of the supercontinent Rodinia around 1 billion to 550 million years ago.

Research by Keller in 2019 proposed for the first time that widespread erosion by continental ice sheets during the cryogenic glacial interval caused rock loss. This was based on geochemical proxies that suggested large amounts of mass erosion corresponded to the Snowball Earth period.

“The new research verifies and advances the results of the previous study,” Keller said. “Here we provide independent evidence of rock cooling and miles of exhumation during the Cryogenic Period across much of North America.”

The study is based on a detailed interpretation of the thermochronology to take stock.

Thermochronology allows researchers to estimate the temperature that mineral crystals undergo over time as well as their position in the continental crust given a particular thermal structure. These histories can provide evidence of when the missing rock was removed and when rocks currently exposed on the surface may have been excavated.

The researchers used several measurements from previously published thermochronometric data taken at four North American locations. The areas, called cratons, are parts of the continent that are chemically and physically stable and where plate tectonic activity would not have been common at that time.

Running simulations that looked for the time-temperature path experienced by rocks, the research recorded a widespread signal of rapid, large-scale cooling that corresponds to about 2-3 miles of erosion during the Snowball Earth glaciations at the interior of North America.

“While other studies have used thermochronology to question glacial origin, a global phenomenon like the Great Unconformity requires global assessment,” McDannell said. “Glaciation is the simplest explanation for erosion over a large area during the Snowball Earth period, as ice sheets were thought to cover most of North America at that time and could be effective excavators Rock.”

According to the research team, the competing theory that tectonic activity carved out the missing rock was advanced in 2020 when a separate research group questioned whether ancient glaciers were erosive enough to cause the massive loss of rock. Although this research also used thermochronology, it applied an alternative technique to a single tectonically active location and suggested that the erosion occurred before Snowball Earth.

“The underlying concept is quite simple: something removed a lot of rock, which resulted in a lot of missing time,” Keller said. “Our research demonstrates that only glacial erosion could be responsible at this scale.”

According to the researchers, the new findings also help explain the links between rock erosion and the emergence of complex organisms around 530 million years ago during the Cambrian explosion. Erosion during the Snowball Earth period is thought to have deposited nutrient-rich sediments into the ocean that may have provided a fertile environment for the building blocks of complex life.

The study notes that the two hypotheses for how the rock eroded are not mutually exclusive – it is possible that tectonics and glaciation contributed to the disruption of the global Earth system during the formation of the Great Discrepancy. However, it appears that only glaciation can explain the erosion in the center of the continent, far from the tectonic margins.

“Ultimately, with respect to the Great Discordance, the generally accepted reconstruction(s) of a more concentrated equatorial packing of the Rodinian continents, together with the unique environmental conditions of the Neoproterozoic, may have turned out to be a period of geological serendipity unlike most other in Earth’s history,” the research paper states.

According to the team, this is the first research that uses their thermochronological modeling approach to study a time period that extends well beyond a billion years. Going forward, the team will repeat their work on other continents, where they hope to further test these hypotheses about how the Great Discord was created and preserved.

According to the team, resolving differences in research is key to understanding early Earth history and the interconnectedness of climatic, tectonic and biogeochemical processes.

“The fact that there was tectonic erosion along the craton margins does not rule out glaciation,” McDannell said. “The unconformities are composite features, and our work suggests that cryogenic erosion was a key contributor, but it is possible that both earlier and later erosion were involved in the formation of the unconformity surface at different locations. overall review will tell us more.”

Aging is still one of the greatest mysteries in biology