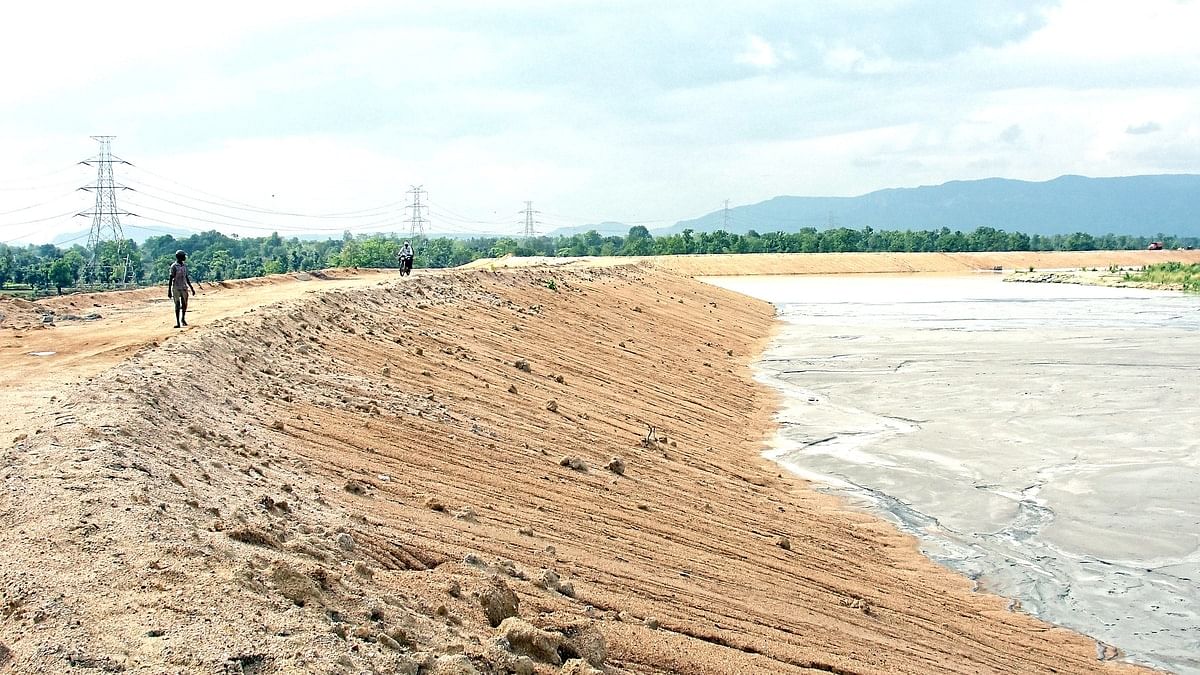 New Delhi: Thermal and lignite-fired power plants that do not use 100% of the fly ash they generate in an â€œecologicalâ€ way will now be subject to sanctions, under a new set of rules notified by Narendra Modi’s government.

Fly ash is the residue from the combustion of coal which, if disposed of improperly, is hazardous to health and the environment due to the concentrated presence of heavy metals.

The notification from the Union’s Ministry of the Environment, Forests and Climate Change intends to â€œestablish a global framework for the use of ash, including an environmental compensation system based on the polluter pays principleâ€. This is a first in the country.

Thermal power plants must use 100% of their annual fly ash production over a three-year cycle to avoid penalties, the Dec. 31 notification says, adding that “at no time” should usage drop below 80 %.

Factories that fail to achieve 100% utilization levels during this period will be required to pay Rs 1,000 to the Central Pollution Control Board (CPCB) per tonne of unused ash.

The notification recognizes “legacy ash”, or the build-up of fly ash by thermal power plants over decades, indicating that they are to be used over a period of 10 years from the time the notification becomes applicable, from April 1, 2022. The inherited ash must be processed “beyond” the annual ash production by power plants, the notification said.

A to study by think-tank Center for Science and Environment in March 2021 found that more than half of India’s power plants were not making full use of their fly ash and falling behind previous government targets.

The latest notification is largely similar to the draft which was released for public comment in April 2021.

The dumping of fly ash on the ground must be avoided and it must be treated in an “ecological” manner, says the new notification.

It lists “the only” ways fly ash can be used, which include making bricks, tiles, cement, building roads, and exporting to other countries. It also allows the â€œfilling of low areasâ€, the filling of empty mines and â€œagriculture in a controlled manner based on soil analyzesâ€.

The notification adds that the compensation money collected by the CPCB for ash that has not been used will be used “for the safe disposal of unused ash” as well as for research on ash products.

Read also : Solid waste could play an important role in the supply of airlines

What the experts say

According to experts, the introduction of a penalty for non-compliance and recognition of inherited ash is a step in the right direction, but there are other aspects that the notification does not adequately address.

â€œThe notification calls low-lying area filling an environmentally friendly method of using fly ash, but more often than not, it is a euphemism to dump ash irresponsibly. Dumping of ash into low-lying areas can result in serious ecological consequences, â€said Sehr Raheja, researcher at Manthan Adhyayan Kendra, a civil society organization that wrote to the government in April last year, when comments on the draft notification were requested.

A report by Manthan found that there had been eight major fly ash breaches between 2019 and 2021, leading to destruction and contamination.

While the notification states that all annual and old ashes are to be used, it also makes provision for ashes stored in dikes and ponds – structures built for the disposal of large amounts of ash – stating that as long as this storage is “stabilized” or recovered by growing plantations, CPCB certified coal-fired power stations may be excluded from the 10-year period.

“We are also concerned that this will create a loophole for coal-fired power plants not to use their legacy ashes,” Raheja added.

The Think tank Center for Policy Research (CPR) also submitted comments in April of last year, stating that a 10-year deadline to comply with 100% use of legacy ash “alleviates the legal burden of compliance but allows illegal dumping of overloaded ash dikes to continue Â»Despite the risk of accidents and contamination.

The CPR also said that the draft notification did not address the issue of the generation of fly ash, which is the underlying cause of the build-up and environmental damage. He also urged the government to recognize that fly ash poses a danger to public health.

â€œIt is essential to take political action to link the use of fly ash to measures taken by the government to prevent illness and death and to provide health services. The environmental regulations that emerge from this ‘fly ash as a health risk’ approach have the potential to identify remedies to address the impact of the legacy and prevent future violations of the law, â€wrote the CPR in its comments.

However, the final notification does not include this point.