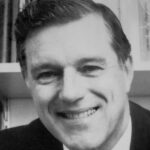 Michael McCulloch Martin, 87, professor emeritus of ecology and evolutionary biology, died on April 18 while resting at home surrounded by his family.

He was born in Junction City, Kansas in 1935, during one of the worst storms of the Dust Bowl era, and spent his childhood on military bases where his father served as a US Army officer.

He received a bachelor’s degree from Cornell University in 1955 and a doctorate. from the University of Illinois in 1958. He joined the University of Michigan in 1959 as a chemistry instructor, gaining a position in that department before moving to biology for the rest of his career.

His unique ability to deeply understand both chemistry and biology has been a major asset in his research on the biochemistry, physiology and nutritional ecology of phytophagous insects.

One of the first major focuses of this research was the role played by ingested fungi in the ability of insects to digest cellulose. This seemingly obscure topic entered popular consciousness in 1970 when Washington Post columnist Joe Alsop used one of Michael’s articles as the basis for an op-ed titled “Elegant Ant Economics Is A Lesson For Man lazy”.

Michael collected leafcutter ants for this paper with an ingenious contraption he helped invent – described in his 1972 article “An Apparatus for Collecting Ants in Large Quantities” – during a trip to the island of Barro Colorado in the Panama Canal Zone, simultaneously the site of his honeymoon with Joan Stadler, a biologist he married in 1965.

This romantic approach to scientific adventure, also evident in a year-long expedition to Africa to study termites, and countless combined hiking and collecting trips to the United States, reflected how close his professional life was. shaped by her childhood ambitions to become a naturalist and explorer. .

The genuineness of his curiosity, and the creative ingenuity he employed to satisfy it, generated a quality of sheer wonder that made his intellectual passions an inspiration to those with whom he shared them, students and collaborators.

He chaired the Department of Biological Sciences from 1982 to 1985, facilitating the delicate process of division that produced the current departments of Molecular, Cellular and Developmental Biology, and Ecology and Evolutionary Biology.

He later served as Assistant Dean and Director of the Honors Program at LSA. In this role, he developed a popular course on writing for biologists, which led to several scholarships and awards for excellence in writing and teaching, and culminated in his selection as Professor Arthur F. Thurnau in 1996.

Martin retired in 1999, after 40 years of academic service, and published his final paper in 2001 with longtime collaborator Ray Barbehenn. He then turned his intellectual energies from science to history, writing first a memoir of his childhood, then a second book on the reconciliation of Union and Confederate units within the structure of the Army. American after the Civil War.

He was an avid hiker, birdwatcher and canoeist, a charming storyteller, an indomitable source of good humor and a much-missed companion to friends and family.

He is survived by his beloved wife of 56 years, Joan Stadler Martin, with whom he co-authored 17 academic papers and produced two children, Jeff (Minghwa) and Linda (Asia), and four grandchildren, Ana , Will, Ben and Katherine. . He leaves behind a better world for his journey through him, and 3 acres of mixed forest and grassland without garlic mustard.

A private burial will be held at The Preserve at All Saints Cemetery in Waterford Township, Michigan, a cemetery dedicated to natural green graves.