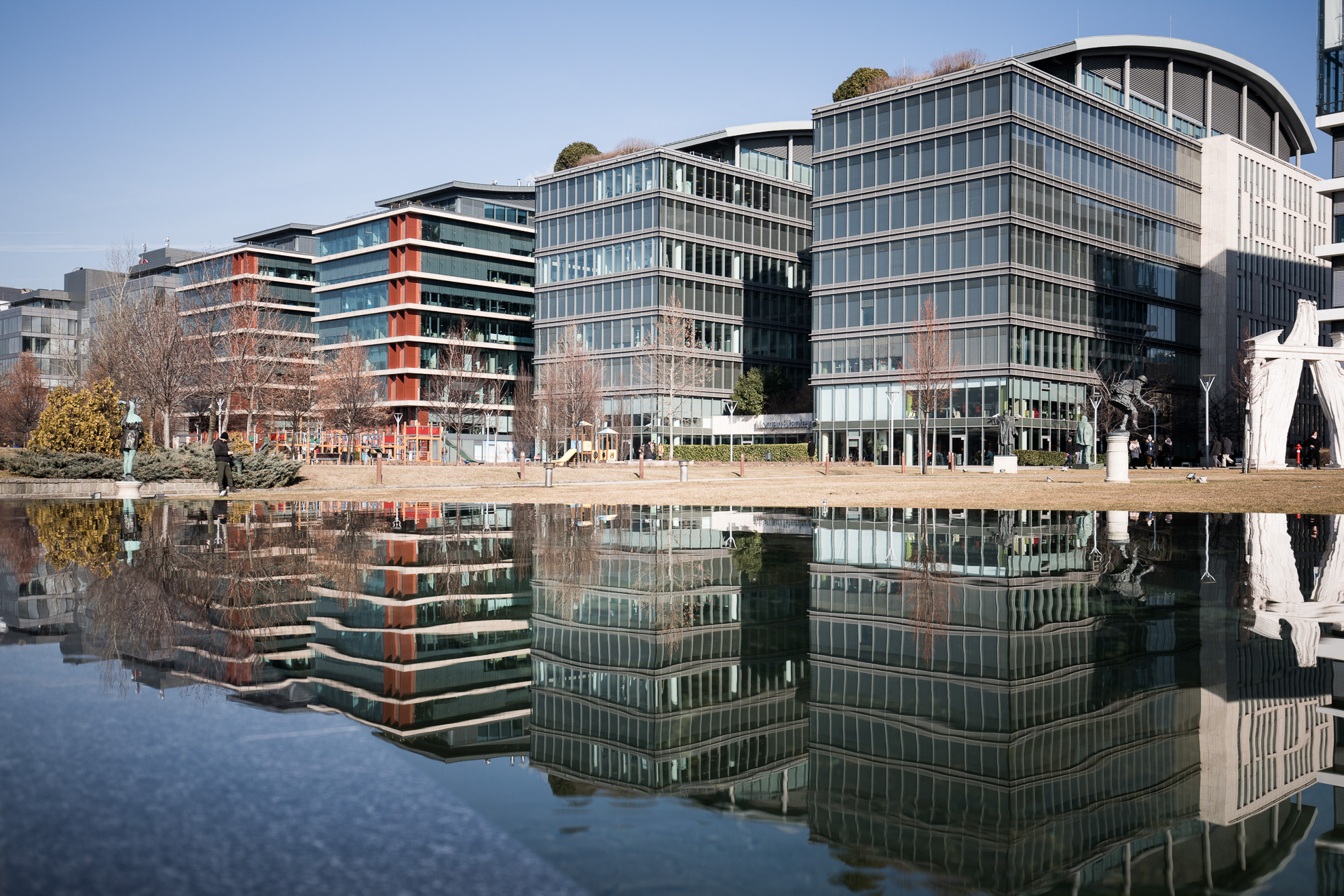 In mathematics, research does not always immediately yield tangible results; in many cases it may take several years for a new solution or method to be put into practice. However, there is an area where new models or algorithms are very quickly confronted with tests in real conditions. This domain is banking. In global financial markets, the success or failure of new approaches becomes apparent within days. It was this challenge that drew György Ottucsák and Ágnes Jónás from the fields of machine learning and evolutionary biology to Morgan Stanley in Budapest.

This year marks Morgan Stanley’s 15th anniversary in Budapest. The office opened in 2006 as a mathematical modeling center with only a handful of members. It has since grown into a major center of technology and analysis within the company’s global network, employing 2,000 people. From technology to risk management, many new teams were added to the Budapest office, but the pioneering modeling team also continued to grow steadily, providing new opportunities for professionals interested in taking on new challenges in a role. quantitative.

Today, more than 100 quantitative analysts are employed here in the front office teams that support the company’s sales and trading activities. Most have degrees in mathematics, physics, computer science or finance, but fields such as biology, chemistry and even meteorology are also represented in these various teams.

Among other responsibilities, they are responsible for developing mathematical models to identify trends and patterns in the markets, pricing financial products and supporting the bank’s trading activities through algorithms. The efficiency of these quantitative models and algorithms plays an important role for the company to successfully operate a market making activity in the given asset class, be it government bonds, stocks or currencies.

From theoretical mathematics to government bonds

György Ottucsák (in the image below) is a member of the modeling team focused on government bonds, one of the most important asset classes. A computer science graduate from the Budapest University of Technology and Economics, he then wrote his doctorate. machine learning thesis. At the time, he was less interested in the practical application of artificial intelligence than in the theory behind it. Coding wasn’t a big part of his life either; today it is an integral part of his daily work. After completing his doctorate. studies, he began to put his skills to use in various startups, but found the most inspiring challenge of his life when he finally joined Morgan Stanley in 2014.

“I used to apply my skills in areas such as forecasting sales of retail products. It was an interesting area, but the forecast has little direct impact on sales: our models didn’t drive people to buy more or less of a product. In the financial markets, however, it is quite different. explains Ottucsák. “If a team develops an algorithm capable of executing a profitable trade at a high volume, that will take that opportunity out of the market, as other players will start to emulate it. The whole market is constantly learning. If you don’t develop your algorithm fast enough, you are sure to fall behind, so every day brings a new challenge. In other applications of machine learning, such as image classification, sooner or later you end up with a level of precision where no further gain can be achieved. In the financial markets, you are forced to advance all the time.

Prior to joining Morgan Stanley, Ottucsák viewed government bonds as a stable but somewhat “unattractive” investment. He will learn later that this is far from the case. For example, Morgan Stanley is a market maker in the government bond market, trading high volumes with many counterparties while trying to minimize risk. As soon as the company takes a position, it immediately hedges its risk by taking a reverse position, neutralizing the risk. This often requires building a portfolio from several related assets, which is not a trivial task and involves a lot of advanced math. Today, this is mainly done automatically: algorithms are applied to assess instruments and counterparty risk, execute transactions and find hedging opportunities. These algorithms are operated under human supervision, and transactions above a predetermined threshold also require explicit confirmation from a human trader to be fulfilled.

“Competition is fierce in the financial markets and technology is a key differentiator. In order to be able to trade effectively and make a profit, companies develop and maintain high quality algorithms. It requires talented quantitative professionals from a variety of backgrounds. If they decide to join our Budapest office, these talented individuals can gain valuable field-specific knowledge from experienced financial market experts. Building on this knowledge, they can then use their technological and mathematical skills to solve real-world problems. There are a lot of smart people working in our team – the doctorate ratio. graduates is between 20 and 30 percent. We learn a lot from each other every day, ”says Ottucsák.

From fruit flies to derivatives

gnes Jonas (in the image below) deployed his quantitative skills in a completely different field before joining Morgan Stanley’s modeling team in 2016, after completing his PhD. population genetics studies. During her research, she used time series models to understand how individuals in a population adapt to environmental changes. Among other species, she studied variants of the influenza virus – which has proven to be an area of ​​particular interest given the pandemic that followed. However, she spent most of her time studying fruit flies. These reproduce quickly and are easy to store in the laboratory, and therefore ideal for studying large samples and seeing how a species’ genome evolves over hundreds of generations. At first glance, fruit flies have little in common with financial markets. However, the study methods in these distinct fields have many similarities. 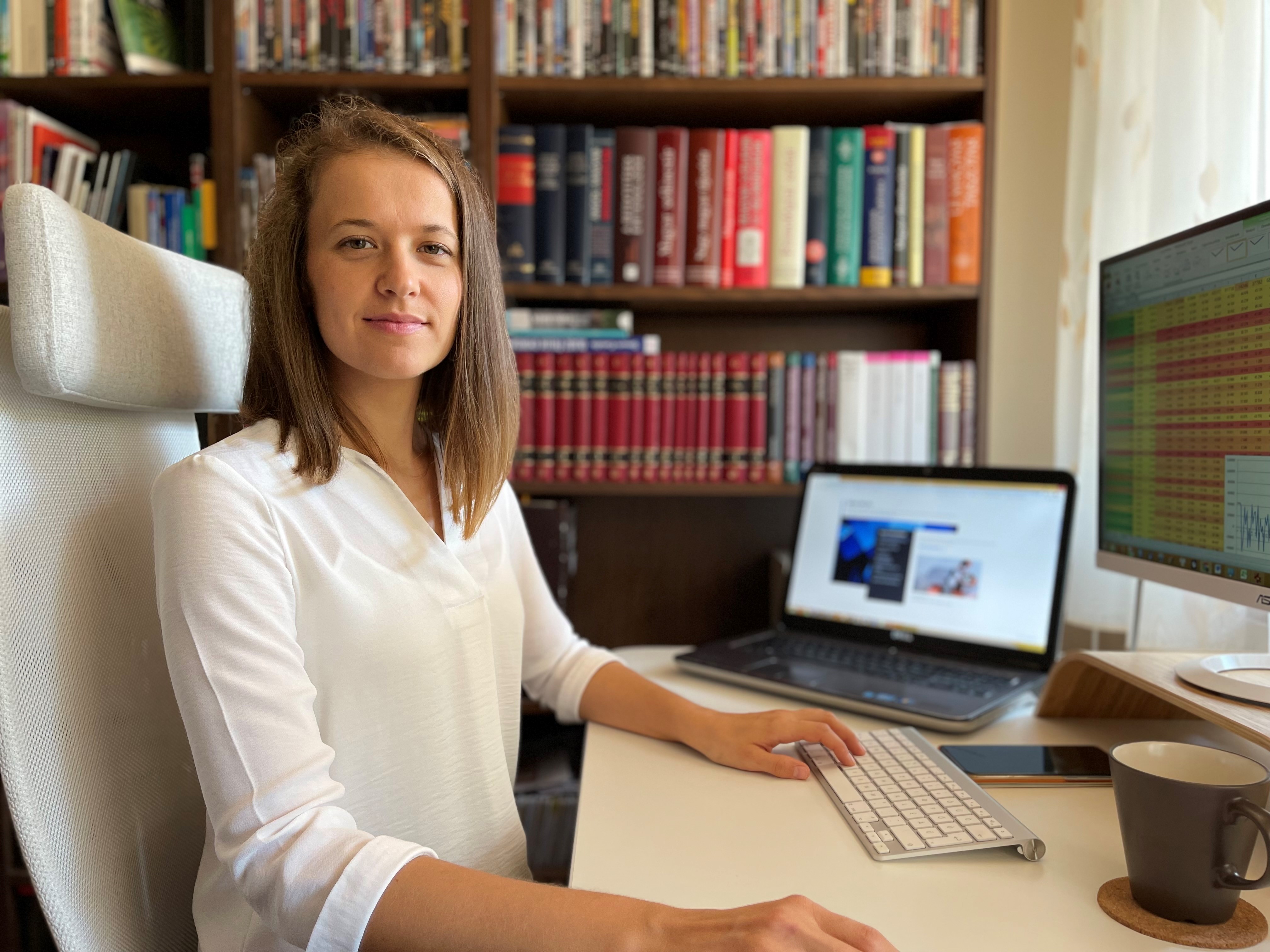 “There are many parallels between population genetics and my current field of derivatives pricing and counterparty risk,” Jónás explains. “We use similar models to simulate financial markets and population dynamics in biology. In the latter, we study how changes in the environment affect the genome of a population. In the first case, we want to determine how changing certain parameters can affect market variables, such as the price of crude oil. And we use similar programming languages ​​in both areas.

Smart and open people around the world: believing in the power of collective knowledge

Coding skills are essential for pursuing mathematical modeling. In this field, it is not enough to be an exceptional theorist; if someone isn’t able to instantly ‘script’ their ideas, it slows down the workflow. Ágnes Jónás acquired the necessary coding skills during his studies in biology. One of the main reasons she decided to use them at Morgan Stanley is that the firm offers an inspiring and multicultural environment, much like what she experienced during her PhD. studies.

“In doctoral school, I got used to working with different academics and students from various backgrounds and origins, including physicists, mathematicians and biologists from all over the world. At Morgan Stanley Budapest I can be part of a similar community, which is important to me. I also enjoy staying in touch with former colleagues who have been redeployed to other global offices, including New York, London and Tokyo. It’s exciting to know that I have the opportunity to pursue an international career within the firm, ”says Jónás.

The philosophy of giving back is one of Morgan Stanley’s core values: employees are encouraged to contribute to the communities in which they live and work. For some members of the mathematical modeling team, the best way to give back is through education. György Ottucsák has been teaching information theory and data science at his alma mater since 2008. He also leads the “school team” which coordinates Morgan Stanley’s outreach programs at the Budapest University of Technology, including – advice related to the pandemic allows it – internships, invited conferences, meetings and participation in job fairs.

For Ágnes Jónás, the increased participation of women in STEM fields (science, technology, engineering and mathematics) is an important issue. She actively contributes to the Women in Quantitative Finance network of the firm’s employees. She also works to make STEM fields more attractive to young women by training the next generation. Among many other Morgan Stanley employees in Budapest, she is a member of the mentoring team that teaches math and coding to high school girls as part of the SMARTIZ program, an after-school education initiative started by the Hungarian Women’s Association. in Science (NaTE) with the support of Morgan Stanley.

Interested in finding out what a Quant career could look like at Morgan Stanley? Find out more here.

(p) – This article is an infomercial.