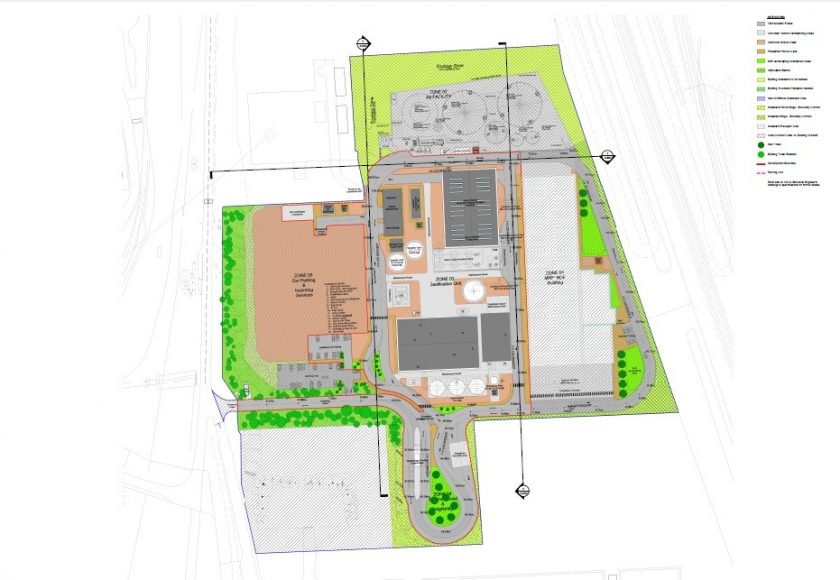 Plans to create a new £ 200million facility to turn non-recyclable waste into energy have been approved despite concerns about the impact it could have on the environment.

Councilors met this week to discuss a request to build an advanced gasification plant in Deeside Industrial Park.

The proposals will see up to 80,000 tonnes of so-called waste-derived fuel processed each year at the site of the former Gaz De France power plant.

The goal is to generate 9.9 megawatts of electricity, most of which will be used to power the larger Weighbridge Road waste facility, part of which also feeds the nearby Toyota plant.

However, some community leaders feared that the project proposed by Logik WTE Ltd and Eqtec Plc could cause pollution.

“We have a tremendous amount of waste from power plants that are placed near our communities and that’s just another one there.

“What concerns me are the shows and how they will be monitored.

“We have another very large chimney which measures 65 meters and if you look across the horizon line from the blue bridge all you can see are chimneys.”

Ahead of the meeting, Connah’s Quay South councilor Ian Smith said the area where the plant will be located was “already very heavily polluted”.

The Flintshire Council planning director recommended permission be granted as he said it would not produce a significant amount of emissions.

His views were echoed by Howard Jones, a planning agent, acting on behalf of Logik WTE Ltd.

He said it would also result in the creation of 35 full-time jobs once the facility becomes operational.

He said: “The planning request is supported by a series of assessments including transport, ecology, noise and air quality, which took into account the cumulative impact of other developments in the area. region.

“The evaluations all concluded that the proposed development will not have a significant impact on designated habits in the neighborhood or on the safety or convenience of residents.

“The proposed advanced gasification plant will allow the use of vacant brownfield land for economic and employment purposes.

“This represents a significant investment in the region by the applicants and will result in a substantial number of jobs during construction and operation. “

The request was also supported by Cllr Chris Bithell, Member of the Planning Council.

He said: “I would certainly support the request before us today.

“The implications of this report are that there will be very little in terms of emissions, and certainly well below anything that could cause concern.”

He added that the authorization was recommended subject to an imposed time limit that would require the facility to cease operations by 2050.

It follows a strategy from the Welsh government being published to ensure that no waste is sent to landfill or incinerators by that date.

The plans were approved by twelve votes to one after the debate, with three advisers choosing to abstain.

Did you spot something? Do you have a story? Send a Facebook message | A direct message on Twitter | Email: [email protected]

Be notified of
news from north wales