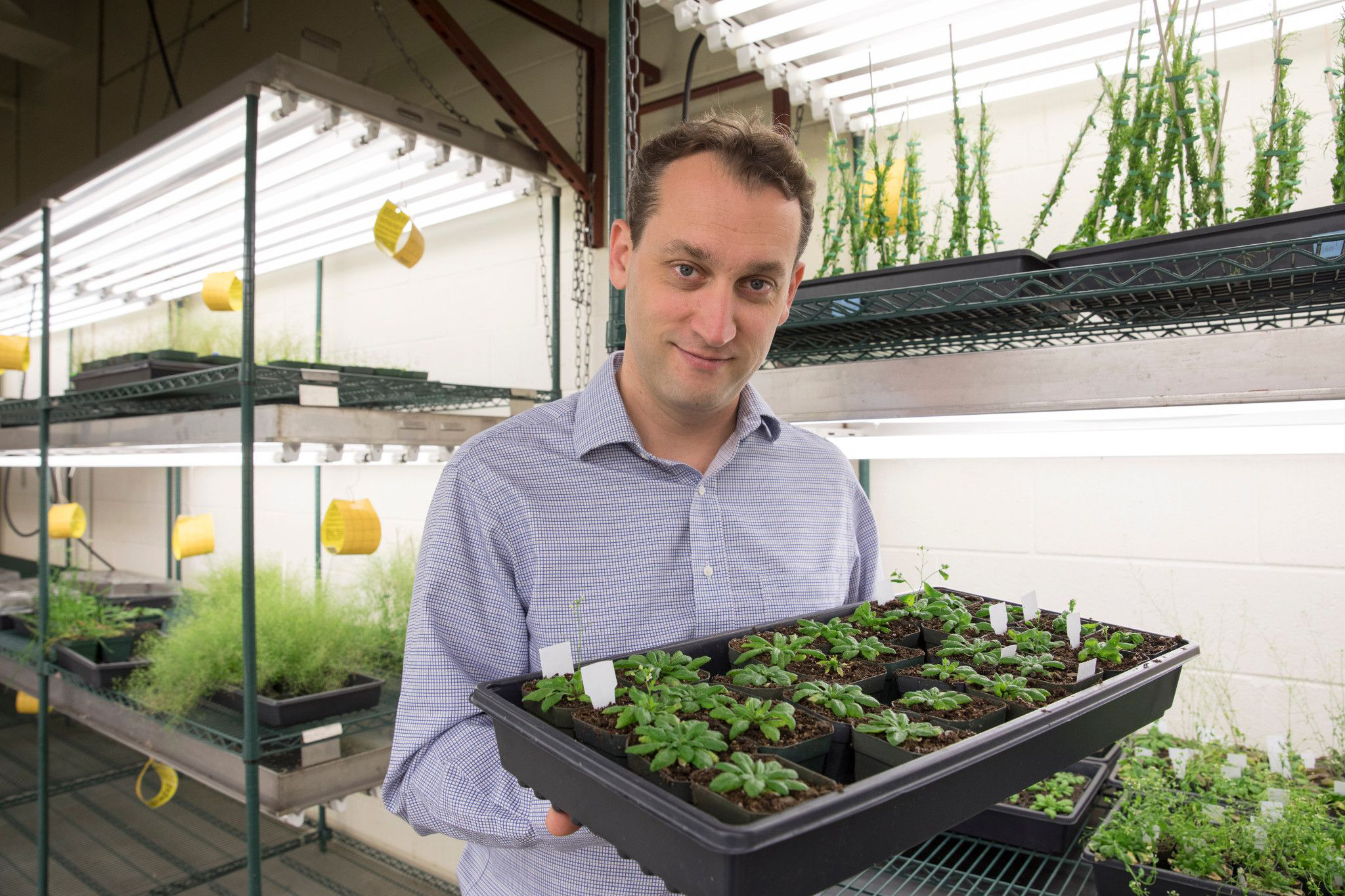 University of Georgia faculty member Robert Schmitz was recently chosen as a finalist for a national award for young scientists. The National Blavatnik Prizes for Young Scientists are the world’s largest unrestricted prize for early-career scientists and engineers.

Schmitz is a plant biologist who conducts groundbreaking research into plant epigenetics – the chemical modifications of DNA and related proteins that alter gene expression – to unlock new methods for increasing agricultural sustainability and safety. eating. He found that some epigenetic mechanisms in plants differ from those in animals and that this unique mode of epigenetic modification impacts plant evolution and can inform crop breeding.

His discoveries in maize epigenetics provide plant breeders with targets in the maize genome to improve crop performance, such as overall yield or disease resistance. Schmitz’s work, as described in the announcement of the Blavatnik Awards finalists, sparked the discovery and creation of new plant biotechnology that could help feed the world.

The winners were chosen from a highly competitive pool of 309 applicants from 150 leading universities and scientific institutions in 38 states across the United States.

Among the announced group of finalists, three winners – in life sciences, chemistry and physical sciences and engineering – will be named on June 29, each receiving $250,000 as a national Blavatnik award winner.

“I am grateful for this recognition and grateful to past and present members of the lab who have advanced our understanding of plant epigenetics,” said Schmitz, UGA Foundation Chair in Plant Science and Lars Emeritus Researcher G. Ljungdahl. “We are fortunate to work alongside so many wonderful colleagues from the University of Georgia Department of Genetics.”

Three independent juries, each representing one of the award categories, have selected the finalists and will determine the winners. Winners must be faculty-level scientific researchers, aged 42 or younger, and nominated for the competition by their university or research institute.

“When first hired as an assistant professor, Bob was clearly a rising star in the field of epigenetics,” said Nancy Manley, research professor emeritus and chair of the genetics department at Franklin College of Arts and Sciences. “This award reflects what we already know – that his creativity, productivity and leadership while on the UGA faculty more than confirmed that initial promise and promises even greater things in the future. .”

“It’s an amazing honor and I want to thank the Blavatnik National Awards for Young Scientists for recognizing the importance of agricultural research as part of their life science portfolio,” Schmitz said.