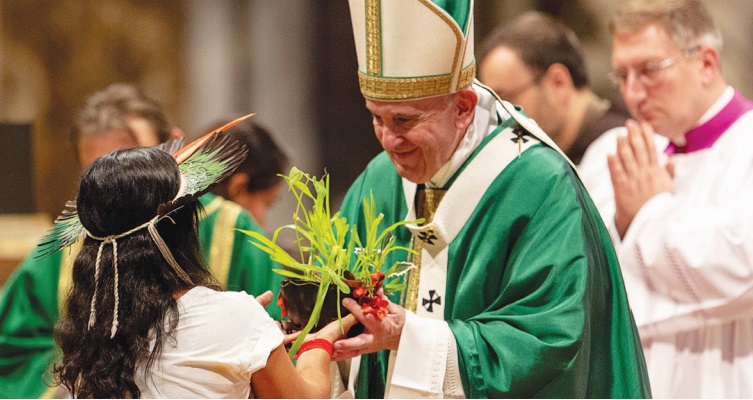 
Pope Francis on Tuesday May 25 launched the Vatican’s seven-year Laudato Si ‘action plan to implement environmental sustainability in different sectors of the Church, from religious orders to Catholic schools and hospitals.

VATICAN: Pope Francis on Tuesday May 25 launched the Vatican’s seven-year Laudato Si ‘action plan to implement environmental sustainability in different sectors of the Church, from religious orders to Catholic schools and hospitals.

“We need a new ecological approach that can transform the way we inhabit the world, our lifestyles, our relationship with the resources of the Earth and, in general, the way we look at humanity and experience it. life, ”Pope Francis said in a video message.

The Pope marked the end of the year by celebrating the fifth anniversary of his environmental encyclical Laudato Si ‘with the message announcing the initiative. He said the year would immediately be followed by a seven-year plan known as the Laudato Si ‘Platform for Action.

“Our selfishness, our indifference and our irresponsible ways threaten the future of our children,” said Pope Francis.

“I therefore renew my call: let us take care of our mother Earth … let us overcome the temptation of selfishness which makes us predators of resources, cultivate respect for the gifts of the Earth and creation, let us inaugurate a mode of life and an eco-sustainable society at last. ”

“We have the opportunity to prepare for a better future for all. From the hands of God, we have received a garden, we cannot leave a desert for our children, ”he added.

Cardinal Peter Turkson, Prefect of the Dicastery for Integral Human Development, told a press conference on May 24 that the COVID-19 pandemic had disrupted many events, conferences and celebrations planned by the Vatican for the year Laudato Si ‘, but expressed gratitude. to parishes and associations that have organized local events.

In particular, the cardinal congratulated the Catholics of Bangladesh for planting 700,000 trees in the past year.

Fr Joshtrom Isaac Kureethadam, who heads the Ecology and Creation section of the Vatican Dicastery, stressed that the Laudato Si ‘platform of action can only be accomplished in partnership with “the synodal path that Pope Francis is proposing. to the whole Church ”.

“Integral ecology requires that we walk together in this mission,” he said.

In addition to the Vatican Dicastery, Eco-Jesuit, the network of the Pan-Amazonian Church (REPAM), the World Catholic Climate Movement, the Union of Religious Superiors of Rome and other Catholic groups are involved in the organization of the seven years of programming.

“In a journey that will last for seven years, we will be guided by the seven objectives of Laudato Si ‘, which will show us the direction while pursuing the vision of integral ecology,” said Pope Francis.

A lesson on the environment and the liberation of fish | News, Sports, Jobs