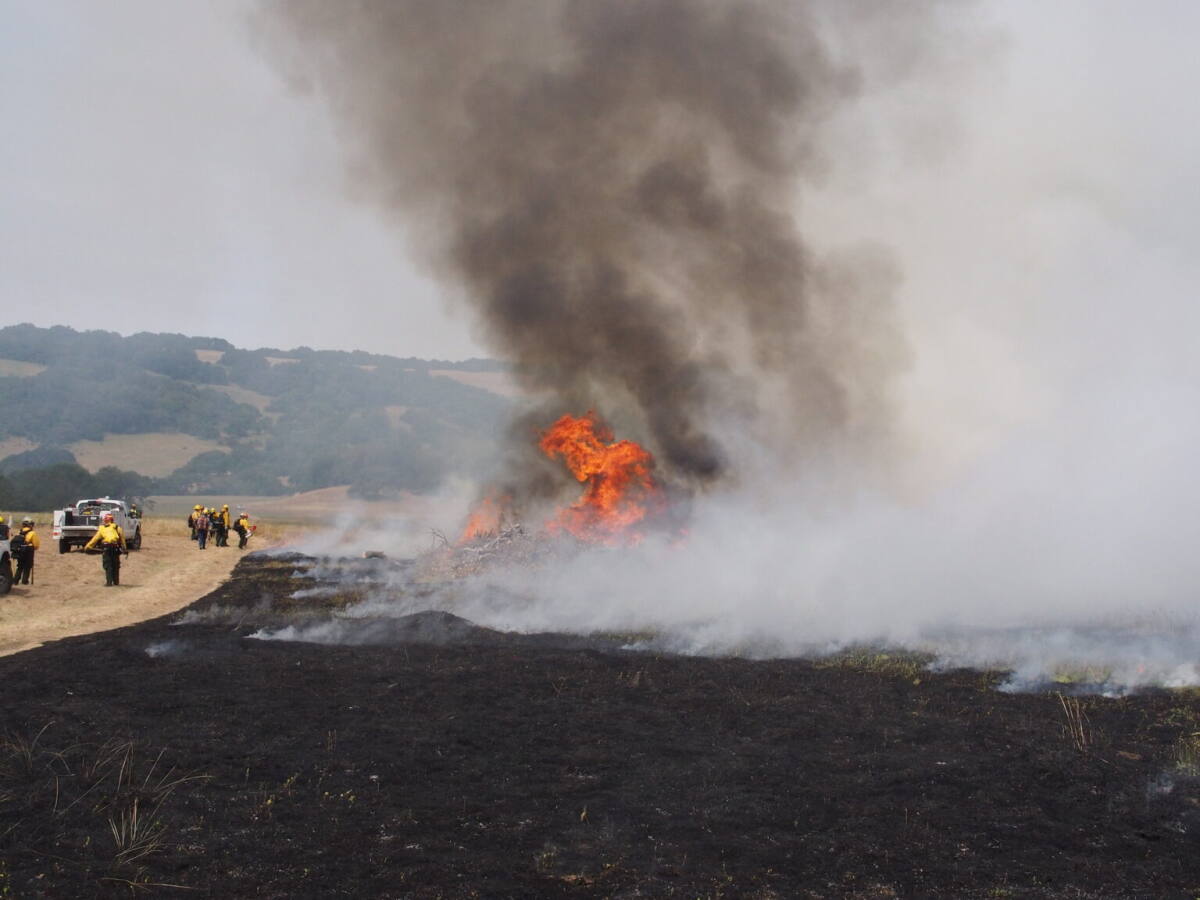 
The rescheduled prescribed burn at the Van Hoosear Wildflower Preserve is scheduled for Friday, June 4. Watch for smoke west of Sonoma City. This controlled burn was initially scheduled for May 21, but weather conditions were expected to be unfavorable, causing it to be postponed.

From 7 a.m. to 6 p.m. this Friday, the Sonoma Ecological Center is hosting the prescribed burn at the 163-acre wildflower preserve at the foot of Sonoma Mountain. The planned fire should be an effective way to remove excess flammable vegetation and manage invasive plants, according to the ecological center.

The Sonoma Ecological Center has co-managed the reserve since 2004, in partnership with the owners of the property.

Several non-native invasive plants grow in the reserve. According to the burn announcement, “Some (of the invasive plants) are not edible by livestock, so despite careful summer grazing, their populations continue to grow.” Medusahead, for example, is a particularly difficult species to eliminate.

“(Medusahead) is an invasive grass that creates a thick layer of persistent, flammable thatch that smothers native grasses and wildflowers and has a thorny head that cattle avoid,” the ecological center said in the announcement.

For more information on prescribed burn, contact Erica Warren at [email protected] or 707-200-8358.