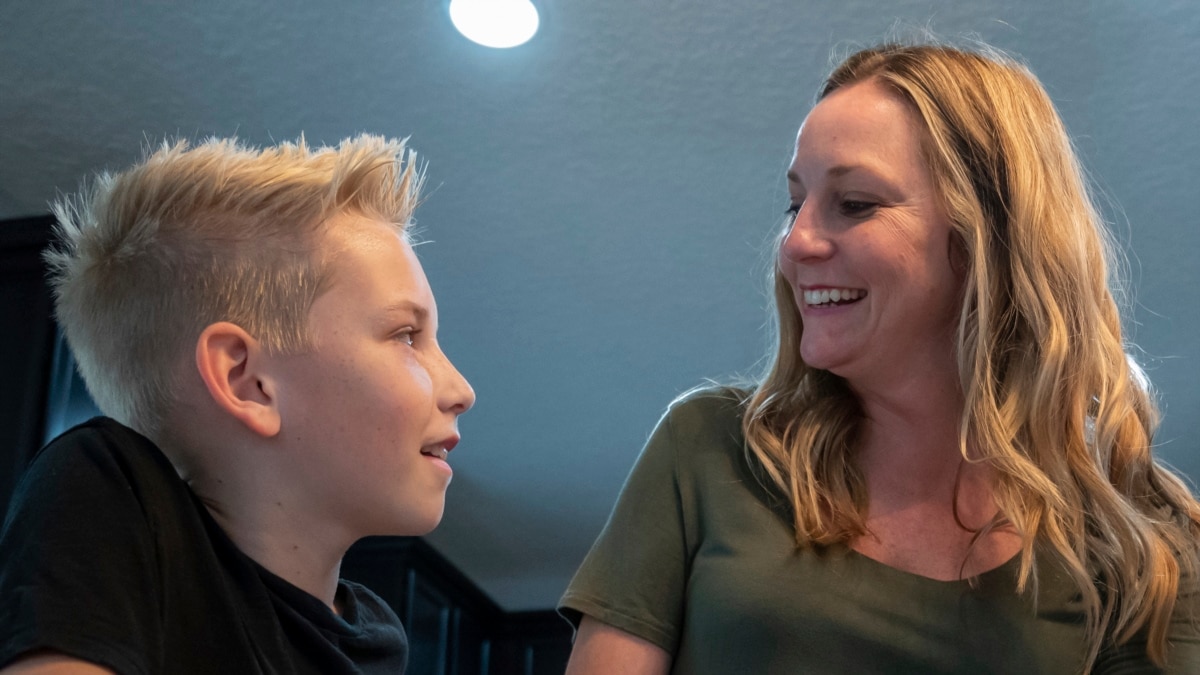 Researchers are looking for biological reasons behind stuttering

Researchers are studying the biological causes of stuttering. Stuttering is a speech problem that causes the speaker to repeat the sound at the beginning of certain words.

For centuries, people feared being judged for stuttering. It is a condition often misunderstood as a psychological problem caused by things like poor parenting or emotional upbringing trauma. But research presented at a recent scientific conference explores its biological causes: genetics and brain differences.

Stuttering affects 70 million people worldwide, including US President Joe Biden. Biden has spoken publicly about being intimidated by classmates for his speech impediment. He said overcoming his stutter was one of the hardest things he had ever done.

After a campaign event in 2020, he met a New Hampshire teenager who also stuttered, Brayden Harrington. They ended up talking for an hour.

Living with a stutter hasn’t been easy, said Brayden The Associated Press.

“I want to continue what Joe Biden told me,” he said. “That it doesn’t define you and that you can be so much more than you see yourself.”

Why do people stutter?

Stuttering has been recorded as far back as ancient China, Greece and Rome. But no one really knew what caused it until modern genetic science and brain imaging helped provide answers.

Researchers identified the first genes strongly linked to stuttering more than a decade ago. Imaging studies have looked at the brains of adults and older children. And in recent years, Ho Ming Chow, a researcher at the University of Delaware, has begun to focus on children 3 to 5 years old. Many children start to stutter around age, with about 80% outgrowing it.

Chow said imaging shows small brain differences in young children who continue to stutter, compared to those who recover or those who never stutter. He discussed his research earlier this month at an American Association for the Advancement of Science conference.

For example, Chow and his team found that genetics mutations related to stuttering are linked to structural problems in the corpus callosum and thalamus areas of the brain. The corpus callosum is an area that connects the two sides of the brain and helps them communicate. The thalamus sends sensory information to other parts of the brain. Previous research has also linked stuttering to the basal ganglia, a group of brain structures involved in body movement.

Although multiple genes may be involved, and the exact genetic causes may vary from child to child, “they likely affect the brain in the same way,” Chow said.

Yet many people mistakenly believe that people stutter because they are nervous or have suffered trauma in childhood. Some also think that stutterers might stop if they just tried harder.

“We have a long way to go” to change these beliefs, said University of Maryland researcher Nan Bernstein Ratner.

Speech therapy is currently the primary means of treating stuttering. But drugs currently being tested could be approved for stuttering in the next few years.

Studies have suggested that stuttering may be linked to high levels of a chemical in the brain called dopamine. Some drugs reduce the activity of dopamine or block its action.

Holly Nover is a Speech-Language Pathologist and a member of the National Stuttering Association. She grew up trying to hide her stutter. Her 10-year-old son, Colton, also has a speech problem.

She said a lot of people would surely be interested in trying stuttering medication. But not her. She is happy with her life as it is and says she has come to terms with her stutter. If Colton was struggling and wanted to try drugs as a teenager, she would be open to the idea.

Brayden, who is now 14, does not plan to try any drugs.

I am Dan Novak.

Dan Novak adapted this for VOA Learning English from reporting by The Associated Press.

Start the Quiz to find out

words in this story

psychological — nm of or pertaining to the spirit

bully — nm someone who scares, hurts, or threatens smaller or weaker people