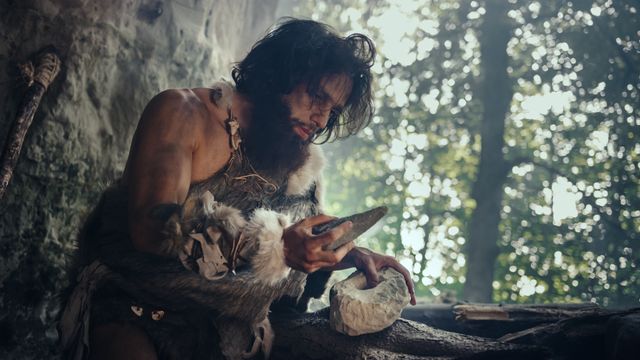 Researchers estimate when the genetic variations that make us human emerged

Studying the genomes of our closest relatives, Neanderthals and Denisovans, has opened up new avenues of research that can expand our understanding of the evolutionary history of Homo sapiens.

A study conducted by the UB made an estimate of when some of the genetic variants that characterize our species emerged. It does this by analyzing mutations that are very common in modern human populations, but not in these other species of archaic humans.

The results, published in the journal Scientific Reports, show two times when mutations accumulated: one about 40,000 years ago, associated with the growth of the population of Homo sapiens and its departure from Africa, and a oldest, more than 100,000 years ago, linked to the time of greatest diversity of Homo sapiens types in Africa.

“Understanding of the deep history of our species is expanding rapidly. However, it is difficult to determine when the genetic variants that distinguish us from other human species emerged. In this study, we placed the species-specific variants species on a timeline. We discovered how these variants accumulate over time, reflecting events such as the point of divergence between Homo sapiens and other human species around 100,000 years ago,” says Alejandro Andirkó, first author of this paper, which was part of his doctoral dissertation at UB.

The study, led by Cedric Boeckx, ICREA Research Professor in the General Linguistics Section and member of the UB Complex Systems Institute (UBICS), included the participation of UB researcher Juan Moriano, Alessandro Vitriolo and Giuseppe Testa, experts from the University of Milan and the European Institute of Oncology, and Martin Kuhlwilm, researcher at the University of Vienna.

Predominance of behavioral and facial variations

The results of the research study also show differences between the periods of evolution. Specifically, they highlight the predominance of genetic variants related to behavior and facial structure – key features in differentiating our species from other human species – over 300,000 years ago, a date that coincides with evidence fossils and archeology available. “We have discovered sets of genetic variants that affect the evolution of the face and which we have dated to between 300,000 and 500,000 years ago, the period just before the dating of the first fossils of our species, such as those discovered at Jebel. Archaeological site of Irhoud in Morocco,” notes Andirkó.

The researchers also analyzed variants related to the brain, the organ that can best help explain key features of the rich repertoire of behaviors associated with Homo sapiens. Specifically, they dated variants that medical studies in humans today have linked to the volume of the cerebellum, corpus callosum, and other structures. “We discovered that brain tissues have a particular genomic expression profile at different times in our history, that is to say that certain genes related to neuronal development were more strongly expressed at certain times”, explains the researcher.

These results complement a dominant idea in evolutionary anthropology: that there is no linear history of the human species, but that different branches of our evolutionary tree have coexisted and often intersected. “The extent of human diversity in the past has surprised anthropologists. Even within Homo sapiens there are fossils, such as those I mentioned earlier from Jebel Irhoud, which, because of their characteristics , were considered to belong to another species. This is why human beings are said to have gone through a mosaic evolution,” he notes.

“Our results”, continues the researcher, “offer a picture of how our genetics have changed, which is consistent with this idea, because we found no evidence of evolutionary changes that depended on one or more key mutations. “, he says.

The methodology used in the study was based on a genealogical age estimation method developed by researchers at the University of Oxford. Once they had this estimate, they applied a machine learning tool to predict which genes changed the most in certain time windows and which tissues those genes may have impacted. Specifically, they used ExPecto, a deep learning tool that uses a convolutional network — a type of computer model — to predict gene expression levels and work from a DNA sequence.

“As there are no data on the genomic expression of variants in the past, this tool is an approach to a problem that has not been addressed so far. Although the use of prediction by machine learning is increasingly common in the clinical world, as we know that no one has tried to predict the consequences of genomic changes over time,” notes Andirkó.

In a previous study, the same UB team, in collaboration with researcher Raül Gómez Buisán, used genomic information from archaic humans. In this study, they analyzed the genomic deserts, regions of the genome of our species where there are no genetic fragments of Neanderthals or Denisovans, and which, moreover, have undergone positive pressure in our species: c that is, they accumulated more mutations than would have been expected by neutral evolution. The researchers studied the expression of genes – that is, which proteins code for different functions – found in desert regions throughout brain development, from prenatal to adult stages, covering sixteen brain structures. The results showed differences in gene expression in the cerebellum, striatum and thalamus. “These findings shed light on the relevance of brain structures beyond the neocortex, which has traditionally dominated research on human brain evolution,” says Juan Moriano.

Moreover, the most striking differences between brain structures were found in prenatal stages. “These findings add new evidence to the hypothesis of a species-specific brain developmental trajectory taking place in the perinatal stages – the 22-week period to the end of the first four weeks of neonatal life – that would result in a more globular head shape in modern humans, in contrast to the more elongated shape seen in Neanderthals,” Moriano concludes.

This article was republished from the following documents. Note: Material may have been edited for length and content. For more information, please contact the quoted source.

“Evil” bacteria would rather starve their colony than allow profiteers to…