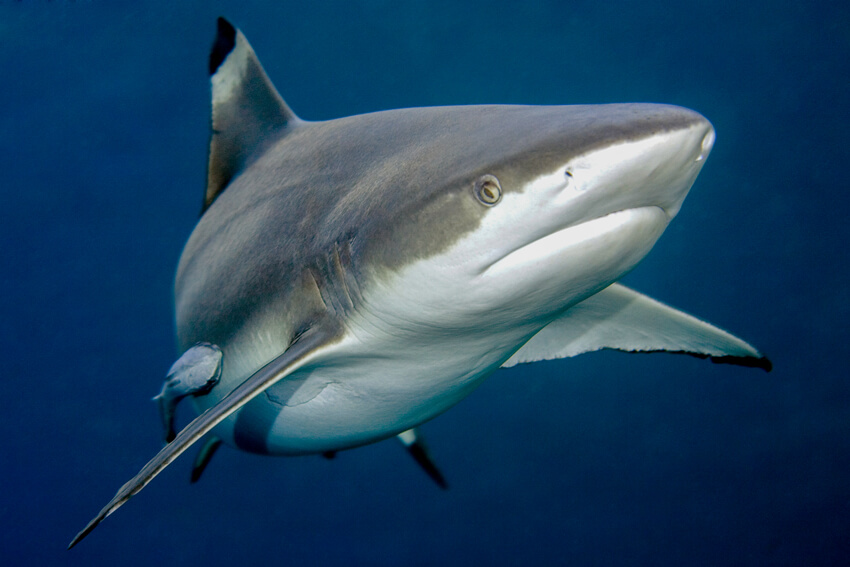 “Tiger sharks are beautiful, great hunters, and they have such cool eyes,” she said of an 8ft tiger shark she encountered and tagged off the coast of Gulf of Florida.

“I feel lucky to be able to see sharks and work with them in their natural habitat. Sharks hypnotize me because they are feared by most people – and for some reason it almost makes me want to work more with them.

As Discovery and Discovery+ present this summer’s Shark Week, starting Sunday, July 24, DeMoranville immerses himself in learning about the mysterious world of these magnificent sea creatures.

DeMoranville was selected as a participant in the Eugenie Clark Field Research Skills and Leadership Program, offered in partnership with the New College of Florida, Havenworth Coastal Conservation, the Chicago Zoological Society’s Sarasota Dolphin Research Program, and Minorities in Shark Science. Clark was a marine science legend and known as the “Shark Lady”.

Diving into the science of sharks

The paid nine-week shark science program is based in Sarasota, Florida. Field experience on a research vessel gives early-career scientists like DeMoranville the opportunity to learn a wide range of skills to help them in their scientific endeavours.

“Through this fellowship program, I learned about shark behaviors and strengthened my field skills,” said DeMoranville, who plans to graduate in 2024, earn a doctorate and pursue a career as a university researcher in marine sciences. “I also made meaningful connections with the program mentors and with the fellow scholars.

DeMoranville undergoes hands-on training in different methods of catching sharks, such as longline (long mainline with baited hooks), gillnet (a wall of nets that hangs down into the water column), and drum lining ( an anchored and baited hook line that rests on the seabed).

“Throughout the summer, I also managed the tagging and collection of measurements and samples from the animals, including taking biopsies, microbiome swabs, fin clips and blood samples” , she explained.

This research is important for understanding the movement of sharks and manta rays for conservation measures.

“Awareness is important to protect sharks and rays,” she noted. “When people know more about these marine animals, they appreciate them more and hopefully fear them less.”

DeMoranville, who earned a bachelor’s degree in marine science from the University of Maine, is active in organizations such as Black in Marine Science, Save The Bay, and Minorities in Shark Science, which promotes diversity and inclusion in marine science. sharks.

“It’s important to have more minorities and women in science because when you diversify those fields, you have different minds working together, and that opens the door to a lot more perspectives, ideas, and possibilities. “, she said. “Collaboration is an important part of science.”

She is also a member of the Western Society of Naturalists and the American Elasmobranch Society. In May, she was awarded the 2022 Rachel Carson Fellowship in Conservation Biology from the College of Natural Sciences and Mathematics.

When she returns to campus in August for the fall semester, she will continue as a graduate researcher under the mentorship of Misty Paig-Tran, associate professor of biological sciences. Paig-Tran’s FABB (Functional Anatomy, Biomechanics and Biomaterials) Laboratory uses a blend of anatomy and engineering techniques to answer biological questions about the performance of marine animals.

DeMoranville will study the functional anatomy of squid and the biomechanics of squid bites.

“This research is important because it will create a bridge between the fields of biology and engineering,” she said.

“My goal is to better understand how the beak works with the muscles around it, which could be useful for the field of soft robotics, especially when robotics is used for ocean exploration.”