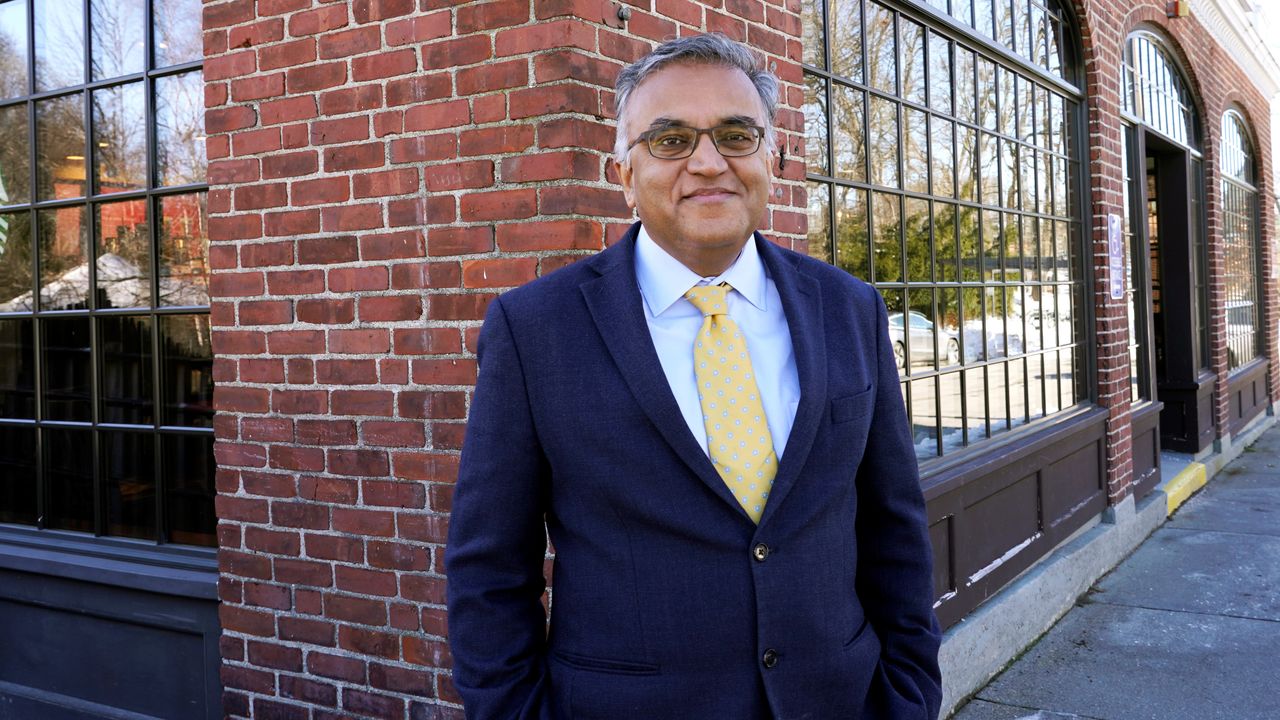 In what amounts to an about-face, after weeks of assuring Americans that all is well with COVID, endorsing the wholesale dismantling of all pandemic measures by the White House, Dr. Ashish Jha, the COVID response coordinator from the White House, took a much more restrained attitude and cautious stance during an appearance on ABC’s Sunday interview show “This Week.”

He said: ‘You know, if you step back and look at the last two winters, we’ve had relatively large outbreaks of infections. We are considering a range of models, both internal and external. And what they’re predicting is that if we don’t get ahead of this thing, we’re going to have a lot of waning immunity, this virus is still evolving, and we could see a pretty big wave of infections, hospitalizations and deaths this fall and winter.

The apparent shift in tone came after a background briefing Friday by “a senior administration official” predicted more than 100 million possible COVID infections this fall/winter based on multiple modeling scenarios, according to the Washington Post. Experts at the briefing agreed that a significant surge could be expected under conditions of declining immunity and a return to pre-pandemic social norms.

Although no mention was made in the Posts report, the scant published information was, in part, consistent with reliable modeling published in March 2022 by Fractal Therapeutics. This R&D model-based drug development company has also leveraged its expertise to provide insight into the social dynamics of the pandemic.

Dr. Arijit Chakravarty, COVID researcher and CEO of Fractal Therapeutics, explained that the world has entered a dangerous phase of the pandemic. Reliance on current COVID vaccines alone to end the pandemic was unachievable, they warned.

In November 2021, before the emergence of Omicron, in a report published in PLOS One, they warned that the vaccine-only strategy, with a rapid return to pre-pandemic social norms, would foster new variants of SARS-CoV-2 that may evade immunity. They wrote: “In this work, we demonstrate that a return to pre-pandemic conditions after moderately high vaccination levels will effectively select for pre-existing vaccine-avoiding virus variants within the population, causing a high level of infection and potentially death. ”

Indeed, from December 1, 2021 to February 28, 2022, more than 80 million infections were estimated, based on seroprevalence studies, and more than 170,000 people died, including more than 52,000 who were previously completely vaccinated.

A report by Chakravarty et al. published on the medRxiv preprint server on March 30, 2022, was provocatively titled “Endemicity is Not a Victory: The Unmitigated Risks of Widespread SARS-CoV-2 Transmission.” They wrote: “Our modeling suggests that endemic SARS-CoV-2 involves widespread transmission resulting in annual COVID-19 deaths in the United States numbering in the hundreds of thousands under many plausible scenarios, with even modest increases in the IFR. [infection fatality rate] leading to an unsustainable mortality burden.

They noted that no evolutionary pressure favors reducing the virulence of SARS-CoV-2. A Harvard-based study recently corroborated that, inherently, Omicron remains as severe as previous variants of concern. The United States could expect 50 million to 100 million COVID cases per year, under various scenarios, for years to come. And if vaccine protection against infection were to drop to 50%, it would “result in a staggering infection burden approaching 300 million US infections per year”, meaning that virtually the entire US population could expect to be infected every year.

Assuming vaccine efficacy against mortality remains at 90% in all scenarios, using (1) best estimate reproduction rate (R0) of 5 [the Ancestral strain was 2.5 and Omicron is over 10]; (2) 70% vaccination rate in the population [the US is 66 percent fully vaccinated]; (3) a 50% risk reduction of infection with vaccines; and (4) “the best estimate parameters for the IFR, the model predicts approximately 420,000 COVID-19 deaths in the United States per year.” They said that in many of their scenarios, COVID could become the leading cause of death in the United States.

The report adds: “The high level of spread of endemic disease will prove difficult for health systems to manage effectively, compromising the ability of health professionals to detect disease when it is most treatable with antivirals, to identify patients at risk of serious consequences and to optimally distribute treatment. … Overly optimistic predictions about the end of the ongoing pandemic have enormously complicated the public health response to the crisis.

They warned that the SARS-CoV-2 virus could become more virulent through enhanced transmission by increasing its viral load and enhancing its “innate” immune evasion characteristics, leading to a higher burden of severe disease despite infections and previous vaccines.

In a statement on their COVID research, Fractal Therapeutics warned: “From the onset of the pandemic, we identified three major challenges. 1. That SARS-CoV-2 was likely to evolve rapidly in response to spike-targeting antibodies. 2. This rapidly declining natural and vaccine immunity meant that vaccines alone could not control the disease. 3. That individually rational choices (refusal to mitigate the spread of SARS-CoV-2) would lead to a high disease burden in society. Additionally, they predicted that reopening schools would lead to widespread transmission of the disease.

Indeed, these hair-raising estimates appear to have stunned the Biden administration, which has been keen to end the pandemic and all infection-mitigation measures. Any attempt to reinstate mask mandates, restrict the size of social gatherings, return to online classes, or limit the operation of large public places would cause serious economic repercussions on Wall Street and a political maelstrom. But ignoring the advice of principled public health officials means death on the scale seen in previous waves, leading to the complete disintegration of the health care system and sparking mass health care worker rebellions.

Jha’s attempt to blame Republicans for the pandemic funding depletion is another diversion. There has been a bipartisan effort to put the needs of financial markets ahead of human life throughout the pandemic. Vaccination rates are down and funding for testing has essentially dried up. States across the country have taken down their COVID dashboards. The CDC’s measures camouflage the real dangers posed by circulating strains of Omicron, ensuring the country flies blindly into another pandemic storm.

Not once has Jha or his master Biden taken responsibility for the current situation, which is set to see the pandemic’s third year horribly relentless in its onslaught. The policies of both capitalist parties have given the virus the ability to mutate into ever more dangerous versions, killing more than a million people in the United States alone and more than 15 million worldwide.

However, experience has shown that the virus can be defeated. Even within the confines of China’s authoritarian bureaucracy, Zero-COVID has proven that even Omicron can be controlled. All attempts to argue against an elimination strategy are based on short-sighted and reactionary economic interests. The slogan of the working class must carry these demands: No to the pandemic, no to war!