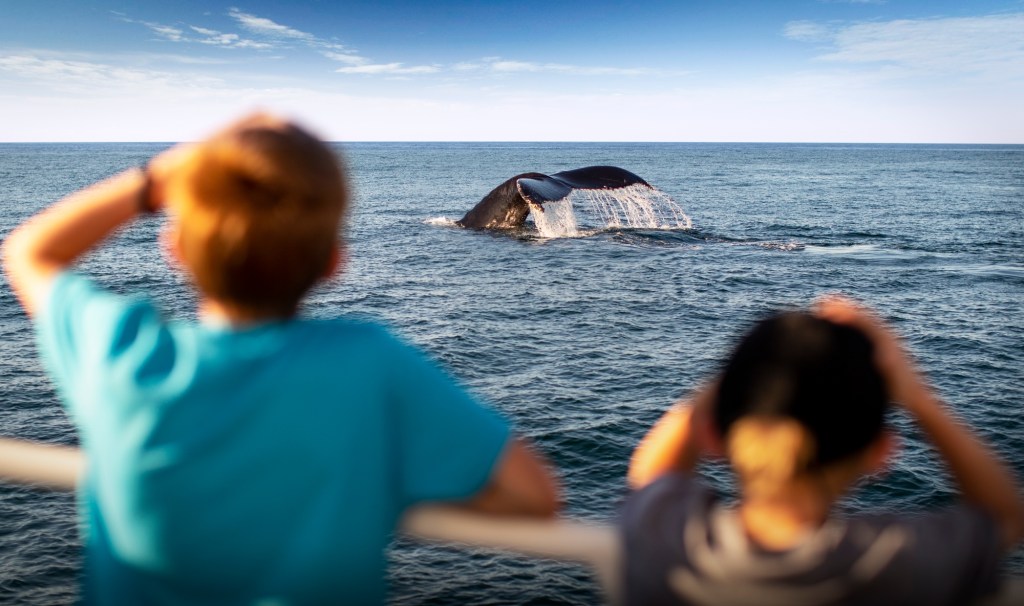 ecosystems as a whole

The National Marine Sanctuaries Act is the only federal authority that provides an ecosystem-based management approach that promotes human uses, such as recreation, tourism, and commerce, consistent with marine conservation and biodiversity protection.

This approach considers all species in an ecosystem, including humans, their uses, and the impacts each has on each other. The Monterey Bay National Marine Sanctuary stimulates collaborative research, education, outreach, resource protection and stewardship to realize the potential of ecosystem-based management outlined in the act.

Coalition of concerned and committed

Since the designation of the Monterey Bay National Marine Sanctuary in 1992, wildlife populations, biodiversity and water quality have mostly, with few exceptions, continued to improve and thrive. Just as it took a coalition of environmental nonprofits, concerned citizens, and capable political leaders to designate the sanctuary, it takes many dedicated volunteers, scientists, and effective partnerships to protect the sanctuary’s resources, especially one as large as the Monterey Bay National Marine Sanctuary (6,094 square miles), larger than the state of Connecticut.

A major success came early in the sanctuary’s tenure, in 1994, when the Monterey Bay Marine Sanctuary National Advisory Council was established. Sanctuary managers rely on strong community engagement, embodied in sanctuary advisory councils made up of representative local stakeholders to make recommendations on the designation and management of sanctuaries. Local knowledge and expertise add credibility to sanctuary management decisions.

The Monterey Bay Advisory Council has seats of members representing agriculture, business/industry, commercial and recreational fishing, diving, education, recreation, research, tourism and seven government partners . The advisory board has played a vital role in important decisions regarding the sanctuary. We are grateful to the many members of the advisory board for their dedicated service and community involvement on behalf of the sanctuary.

The sanctuary protects one of the most biodiverse places in the world, driven by a strong upwelling of cold, nutrient-rich deep water from the Monterey Canyon. Humpback whales from Mexico and Costa Rica, leatherback turtles from Indonesia and the sooty shearwater from New Zealand migrate here to feast in the sanctuary’s waters – known as the “Serengeti of the Sea”. When local scientists (e.g. Baldo Marinovic and Don Croll of UC Santa Cruz) and conservation groups alerted us to the dangers of sanctuary productivity from a krill fishery, we sought to ban the harvesting of krill preventively before a local fishery can start. Krill is a small planktonic crustacean and is the main diet of many marine animals.

The advisory board called on federal fisheries managers to use their authority and ban krill harvesting to protect the productive food web and several fisheries. Fishery managers accepted the wisdom of this recommendation, and in 2009 banned krill harvesting not only in the sanctuary, but for all waters off the west coast of the United States out to 200 nautical miles.

Although whales are no longer hunted due to the Marine Mammal Protection Act (also passed in 1972), they have become more valuable as a tourist attraction. After the ban on whaling, populations of many whale species rebounded, giving eager tourists the chance to connect with them in their natural habitat. Whale watching tours, following responsible wildlife viewing guidelines, provide an unforgettable experience and contribute billions of dollars to the US economy.

Whale watching generates tourism revenue that trickles down to the hospitality industry, creating thousands of jobs. Sanctuary managers and partners are also working together to address and reduce some of the current threats to whales, such as ship strikes, entanglements and noise. Thus, safeguarding a healthy and resilient sanctuary ecosystem also supports a healthy and vibrant economy.

BBC presenter Mr Sanjayan, who has traveled widely, puts it well: “Almost everywhere I have been, all the oceans in the world are pretty much in worse shape today than they were. in the past. [What] makes Monterey Bay so special, lots of animals that come here [were] nearly hunted to extinction [50 years ago]. Their recovery is a small miracle and a conservation success story.

Fast forward to April 2022 when Netflix launched “Our Great National Parks,” a five-part series about the world’s national parks, narrated by President Barack Obama. The only American example featured is an entire episode about the Monterey Bay National Marine Sanctuary. The episode hails our National Marine Sanctuary as a global example of effective marine conservation alongside humans and urban centers.

Monterey Bay National Marine Sanctuary Superintendent Dr. Lisa Wooninck started as a research fisheries biologist at NOAA Fisheries Headquarters and Santa Cruz Laboratory, joined the sanctuary as a policy analyst, then the West Coast Regional Team in 2010 as Policy Coordinator. She has a doctorate. in Ecology and Evolutionary Biology from UC Santa Barbara.

The Monterey Bay National Marine Sanctuary is celebrating its 30th anniversary and the National Sanctuary System is celebrating its 50th anniversary. In recognition of these milestones, the Herald has published articles by former US Secretary of Defense Leon Panetta, former US Representative Sam Farr, former Save Our Shores director Dan Haifley and former member of California Assemblyman Fred Keeley, who serve on the Monterey Board of Directors. Bay National Marine Sanctuary Foundation and helped designate the sanctuary, along with Sanctuary Superintendent Lisa Wooninck. For information, visit montereybayfoundation.org Where montereybay.noaa.gov.