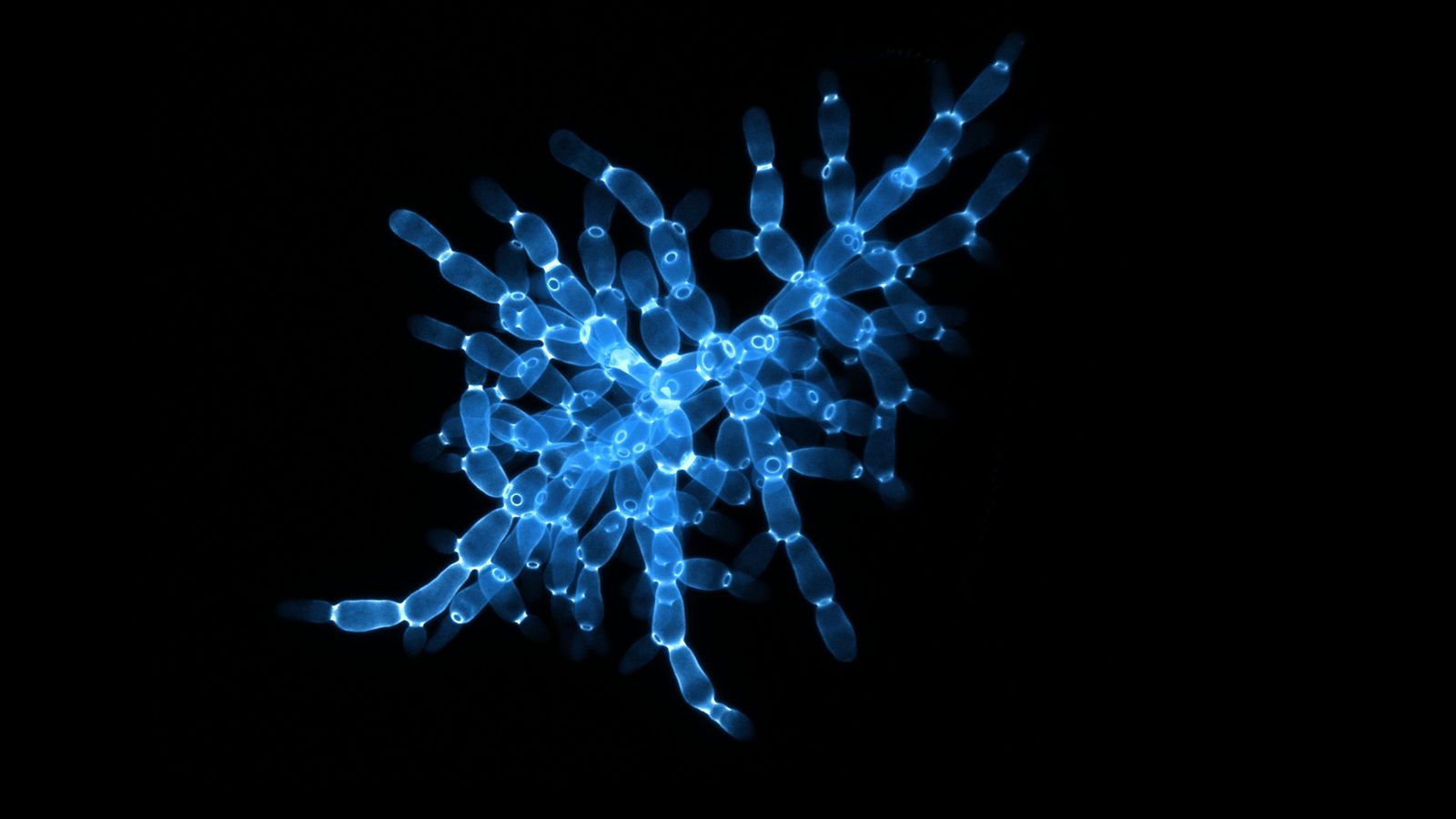 For many, it’s a familiar story: The simple, single-celled organisms living in the “primordial stew” of ancient Earth slowly evolved into complex multicellular organisms that today include modern humans. But this crucial unicellular to multicellular leap is poorly understood, in part because scientists today have no real way of witnessing it happening. Now, new research published as a pre-release explains how scientists have observed that hundreds of thousands of yeast cells begin to form multicellular clusters, possibly modeling how this process unfolds.

“This is the coolest article we’ve ever written,” evolutionary biologist and lead author Will Ratcliff of Georgia Tech told Michael Greshko. National Geographic.

Ratcliff has spent the past decade working with yeast to better understand multicellular life. Some single-celled organisms such as yeast reproduce through the process of budding, in which a cell grows a small copy of itself protruding from its surface. This copy usually separates from its parent cell when it reaches maturity, creating two independent single-celled organisms.

Well, that was a long-awaited day – the first article on our Long Term Multicellularity Evolution (LTEE) experiment is on the BioRxiv. Have you ever wondered how simple multicellular organisms evolve to become bigger and more complex on thousands of people? 1/35 https://t.co/0TahpNRuD7 pic.twitter.com/doxsTdri6i

While multicellular life includes the most visible organisms on this planet today, it should be borne in mind that for much of the existence of life on Earth, single-celled organisms were the only game in town. , reports Véronique Greenwood from Quanta. It was not until about 2 billion years after the formation of the first life on Earth that the first evidence of multicellular organisms exists in the fossil record.

What motivated the evolution of single-celled organisms into multicellular organisms is still the subject of heated debate, with some scientists suspecting that the cells that clump together might have better avoided being eaten by single-celled predators or finding resources more efficiently.

In researching the formation of these multicellular organisms, Ratcliff used a strain of snowflake yeast with budding “daughters” that tend to cling to their parents, allowing the creation of small clumps of connected yeast cells. However, these tufts seemed to reach a maximum size when they reached a few hundred cells.

To understand why the yeast stopped growing, Ratcliff and colleagues recalled that early Earth had little oxygen compared to modern times. After a few years of experimenting with several different yeast mutations at different oxygen levels, scientists noticed that strains that did not consume oxygen began to grow in clumps large enough to be seen with the naked eye. . It appeared that the oxygen-consuming yeast clumps would intentionally limit their size, presumably so that the cells inside the clump could access the rich source of energy provided by the gas.

Remarkably, large yeast structures become firm like gelatin due to the entanglement of their cellular structures.

Inspired by a famous decades-long experiment observing the growth of colonies of E. coli bacteria, the scientists behind the experiment hope to continue to allow the yeast in this study to evolve and observe how it changes.

“Not many people want to do a 30-year evolutionary experiment,” Ratcliff told Greshko. “But I think the payoff here is huge.”