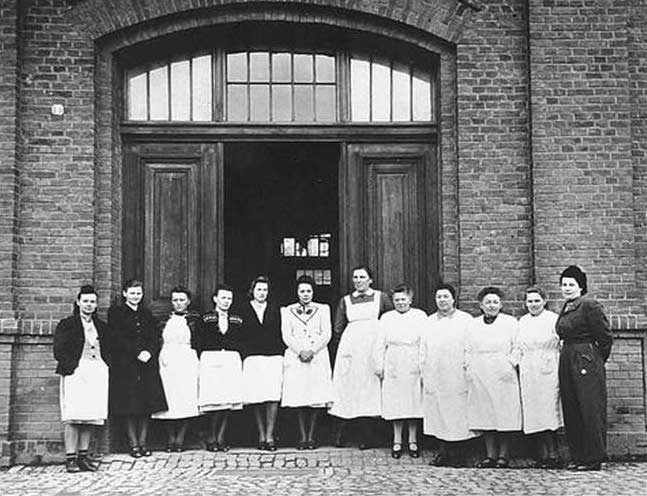 The Holocaust, biological psychiatry and a shift towards a more humane psychiatry today

The murder of the “unfit” by Nazi Germany began with the systematic murder of psychiatric patients, considered to suffer from defective genes. In an in-depth review of this story published in Ethical Human Psychology and PsychiatryJohn Read and Jeffrey Masson argue that acknowledging this past – and linking it to elements of biological psychiatry today – should hasten the shift to a humane and trauma-informed paradigm of care.

“For decades, the field of mental health has seemed to move ever closer to a paradigm shift, moving from a simplistic, pessimistic and biogenetic ‘medical model’ of human distress to a more nuanced psycho-social model. and evidence-based. , trauma-informed approach. But for the current authors, who like thousands of others have been advocating for a greater focus on abuse, adversity and trauma for many years, it seems that progress towards this paradigm shift has been excruciatingly slow. . . . Some might argue that what happened in Germany 80 years ago has little to do with the way psychiatry works, internationally, today. We document and discuss these tragic and harrowing events, however, precisely because they so clearly illustrate themes present throughout the history of the treatment of people considered insane and which remain operational today: social control in the interest of the powerful; harmful and sometimes even violent “treatment”; and the ability of expert theories to camouflage what is really happening as being in the best interests of treatment recipients.

As Read and Masson note, it was the science of “eugenics” that gave birth to the Holocaust. Claims that schizophrenia and other major mental disorders were caused by bad genes first led to sterilization programs in the United States, Scandinavian countries and Germany, then to the fact that “mentally ill people were the first group targeted for extinction in the Holocaust.

Psychiatrists who are remembered today as the founders of biological psychiatry, including Emil Kraepelin and Eugen Bleuler, helped promote eugenics ideas. Bleuler, who introduced the term schizophrenia in 1908, wrote in 1911 that castration “is of no benefit to the patients themselves. . . it is to be hoped that sterilization will soon be employed on a larger scale. . . for eugenic reasons.

The United States was the first to turn eugenics ideas into social policy. In 1907, Indiana became the first state to allow compulsory sterilization of the mentally ill, and in 1927 the United States Supreme Court ruled these state laws constitutional.

One of the main authors of such legislation in Germany was Ernst Rudin, professor of psychiatry at the Universities of Munich and Basel. Germany enacted its sterilization law in 1933; six years later, 350,000 Germans had been sterilized, and about a third of that group had been diagnosed with schizophrenia.

At least a few psychiatrists talked about killing the mentally ill before Adolf Hitler came to power. In 1920, German psychiatrist Alfred Hoche wrote that psychiatric institutions were filled with “empty human carcasses. . . Their life is not worth living; therefore, their destruction is not only tolerable, but humane.

In 1939, a group of prominent psychiatrists from Germany’s most prestigious medical schools helped devise a plan to kill the mentally ill. Six psychiatric hospitals were equipped with killing chambers, with carbon monoxide being the gas of choice. By the end of the war, around 250,000 mental patients in Germany had been murdered, and an unknown number of patients in French, Polish, and Austrian psychiatric hospitals had also starved to death during this time.

After reviewing this history, Read and Masson conclude: “Thus, the mass murder of the mentally ill by psychiatrists provided the ‘scientific’ justification, personnel and equipment, for the Holocaust.

While Third Reich officers were criminally prosecuted at the Nuremberg trials, most psychiatrists who encouraged the killing of asylum patients “escaped censorship or punishment.” Indeed, many have returned to the practice and risen to prominence in the field, the authors note. Three of the first 12 presidents of the German Society for Psychiatry and Neurology had been the organizers of the “euthanasia” program. A German professor of psychiatry implicated in the murder of children, Werner Villinger, has been invited to a White House conference on children.

For decades this story was not found in psychiatry textbooks or histories of psychiatry, and for the most part these texts continue to avoid it today. Sometimes texts have even cited Rudin and other German psychiatrists of this time for their “pioneering work” in the “genetics of psychiatric disorders”. Twin studies dating back to the Nazi era are still cited to provide evidence that there is a strong genetic component to ‘schizophrenia’.

Genetic theories of schizophrenia and other major mental disorders, Read and Masson write, remain “a cornerstone of biological psychiatry” today. After the war, such notions were promoted in American psychiatry and abroad. From 1947 to 1956, the American Journal of Psychiatry published annual updates of “psychiatric advances” on the issue of “heredity and eugenics”, which were written by Franz Kallmann, who had argued in the 1930s while living in Germany, that not only “schizophrenics” but also their relatives should be sterilized.

In the 1950s, Kallmann began to advocate “genetic counseling” as a method of removing defective schizophrenia genes from the gene pool. This practice is still very much alive. Schizophrenia is still touted today as having a strong genetic basis, despite the inability to identify specific genes for the disorder and the findings that genetics, in fact, make up only a very small percentage of the factors of risk. Yet a 2008 survey reported that American psychiatrists “express a strongly positive view of genetic testing”, with a leading American website, schizophrenia.com, stating that “genetic counseling for psychiatric conditions such as schizophrenia is increasingly widespread and its use is demonstrated with success.

Read and Masson write, “This practice of informing people diagnosed with ‘schizophrenia’ and their relatives that their offspring might inherit the alleged disease, thus discouraging reproduction, is still going strong. »

Additionally, they note, today there is forced treatment of the mentally ill with “drugs that shorten lifespan and cause stupor and sexual dysfunction” and the promotion of “electric shocks that often cause loss of memory and brain damage. These are practices that, for some at least, echo the abuses of the eugenic era.

It is a connection from the past to the present that is not welcomed in psychiatry today. Read and Masson first submitted their article to the journal history of psychiatrywho rejected it because it was “not suited to the current objectives and thematic balance of the Review”.

Read and Masson explored this dark chapter with the hope of reforming care today. Knowing about this past, they write, can help produce a paradigm shift toward a more humane and trauma-informed model of care.

“It behooves all mental health workers, all of us in fact, to be constantly alert to our own inabilities to perceive the myriad ways in which humans are harmed by other humans, including – perhaps the most difficult of all to recognize — by mental health staff themselves.

The Ecology of Everyday Life by Shirley Tse