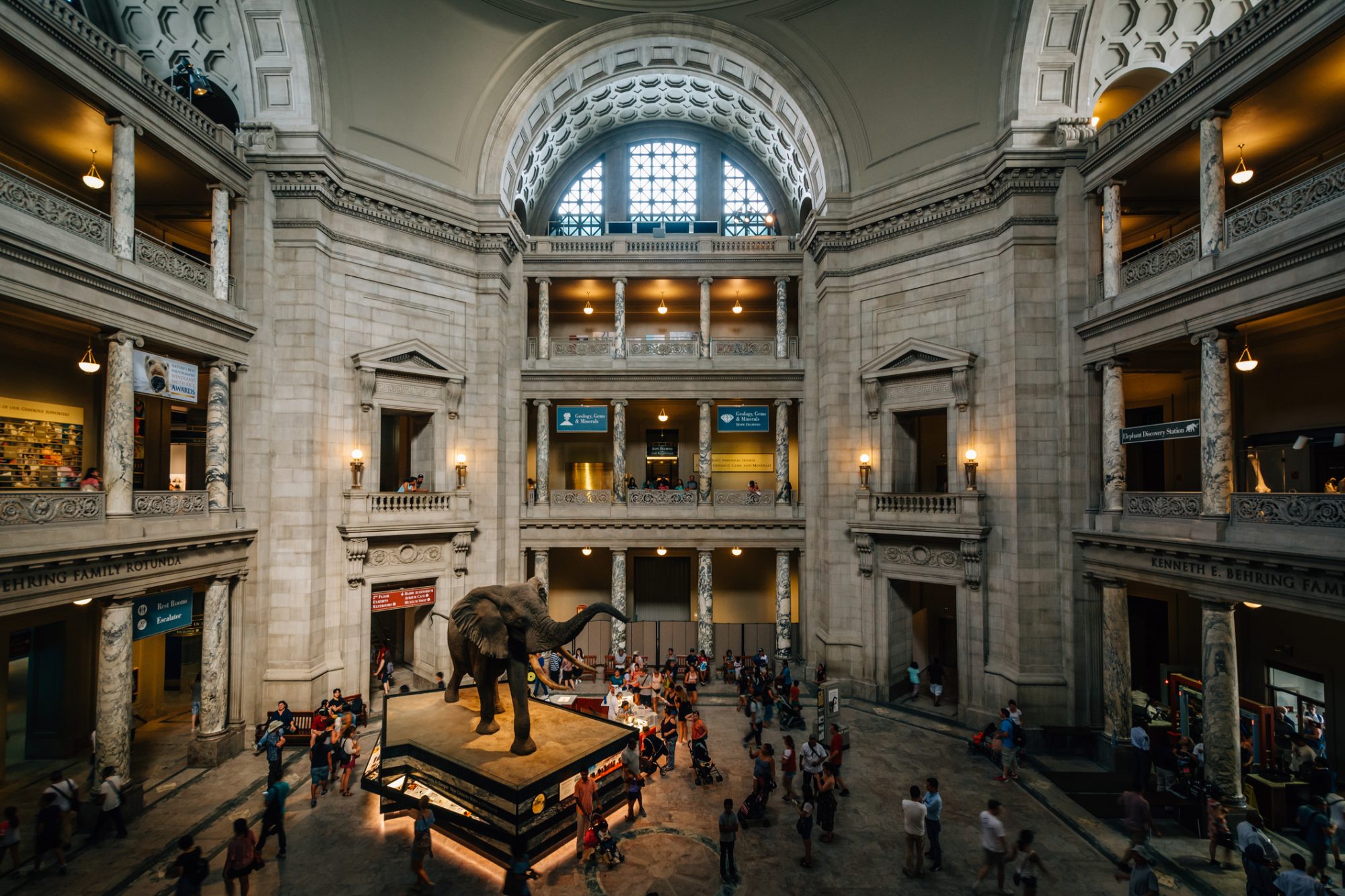 The past biological world and its environment through research

Conrad Labandeira explains the mission of the Department of Paleobiology at the Smithsonian National Museum of Natural History, to foster scientific and public understanding of the past biological world and its environment through research

The Department of Paleobiology is one of seven academic research departments located at the National Museum of Natural History, the largest unit of the Smithsonian Institution, in Washington, DC, United States. The Department’s mission is to foster scientific and public understanding of the past biological world and its environment through research, use of its collections, and awareness raising through a variety of educational programs and exhibitions.

The main responsibility of the twelve researchers in the department is to provide an active research program in the areas of their expertise, to assemble, conserve and study the fossil collections at the Museum and elsewhere, and in the process of exhibiting extraordinary fossils in public spaces at the Museum and train future generations of paleontologists.

The Department of Paleobiology houses the United States National Collection of Fossils which is available for study by all researchers. The department is home to over 40 million fossil specimens which include Cambrian trilobites of worldwide distribution; the early Permian flora of Texas representing extinct lines of seed plants; Upper Cretaceous dinosaurs, pterosaurs and plesiosaurs; insects and plants from the Eocene Green River of the western interior; and drill cores of tiny, deep-water foraminifera from the recent past.

This record of the history of life representing the past 3.6 billion years consists of 64% microfossils and invertebrates, 18% plants and 18% vertebrates. Some of these fossils are archived in the Department’s database and consist of 800,000 specimen records of which 135,000 are primary and secondary type materials.

The staff of the Department of Paleobiology is primarily organized by research, collections, staff support and administrative functions. As of mid-2021, the research function consists of 12 researchers / curators, three retired staff, 12 affiliated research staff and six postdoctoral fellows. The collections management staff includes 11 technical managers. Support staff have a variety of jobs that include the fossil preparation laboratory with five preparers, three other technical specialists and a fund manager. About 55 staff make up the paleobiology department, of which 33 (60%) are substantially involved in research.

Researchers in the department work with many colleagues in institutions around the world in a collaborative and interdisciplinary manner, involving field and laboratory work to address fundamental questions about the history of life. To this end, the Department’s research is organized into four sections: micropaleontology, paleobotany, invertebrate paleontology and vertebrate paleontology.

Paleobotanical studies involve Dr William DiMichele, who examines plants from the Paleozoic and early Mesozoic, and Dr Scott Wing who studies plants from the Late Mesozoic and Cenozoic. Dr. DiMichele reconstructs the morphology and lifestyle of extinct plant lines and analyzes their paleoecology and role in Paleozoic systems to determine long-term ecological and evolutionary patterns. Dr. Wing studies the systematics of flowering plants (angiosperms) to determine the Late Mesozoic and Cenozoic paleoclimate of the Rocky Mountain region.

It also uses plant morphological characteristics and taphonomy to understand plant ecologies during major events such as the Cretaceous-Paleogene ecological crisis and the Paleocene-Eocene thermal maximum.

Dr. Cole studies the systematics, paleoecology, and macroevolution of Paleozoic crinoids that were much more abundant and diverse than today, and analyzes patterns of paleoecology and community extinction. Dr Edie examines the evolutionary history of bivalves, in particular their patterns of lineage diversity and structural changes in body shape over time. Dr. Erwin examines macroevolutionary patterns of diversification of Cambrian metazoans, the evolutionary history of gastropods from the Paleozoic to the Triassic, and the Permian mass extinction 252 million years ago and its recovery in the Triassic. A long-term study by Dr Erwin is behind the innovation and its detection in the fossil record.

Dr Hunt specializes in identifying macroevolutionary patterns in lineages of deep-sea ostracods, a group of small bivalve crustaceans. The quantitative techniques used by Dr. Hunt for ostracods have been applied to other groups of fossils, such as mammals. Dr Labandeira examined the fossil history of arthropods and their associations with other organisms, especially plants, by examining the damage they leave on leaves. He examined the diversity of fossil insects, the evolution of insect mouthparts, and the role of major ecological events in insect history.

Vertebrate paleontology is very present in the department and is covered by Kay Behrensmeyer, Matthew Carrano, Nicholas Pyenson and Hans Sues who study vertebrates ranging from the Permian to the most recent. Dr Behrensmeyer analyzes the paleoecology of terrestrial environments, particularly the Late Cenozoic (Neogene) of Pakistan and East Africa, the latter often associated with studies of ancient hominids.

A second interest is the taphonomy of vertebrates, in particular studies involving the decomposition and disarticulation of carcasses. Dr Carrano studies large-scale evolutionary models in dinosaurs and particularly focuses on the systematics of basal theropods; of further interest is the reliability of the dinosaur fossil record. Dr Pyenson studies Cenozoic and late marine mammals, particularly whales, providing primary data on the ecology of marine mammals and other marine tetrapods, including Mesozoic lineages. Dr Sues examines the early history of tetrapods, particularly amphibians and reptiles, including the earliest lineages of dinosaurs.

The Department of Paleobiology represents a diverse community of researchers, curators, collection managers, technical staff, post-docs, students, visiting scientists and administrative staff who support the mission statement of the Smithsonian Institution. to ensure â€œthe increase and dissemination of knowledgeâ€. Although the department has significantly downsized over the past two decades, it remains a vibrant center of fossil record investigative activity.

Attention: This is a commercial profile