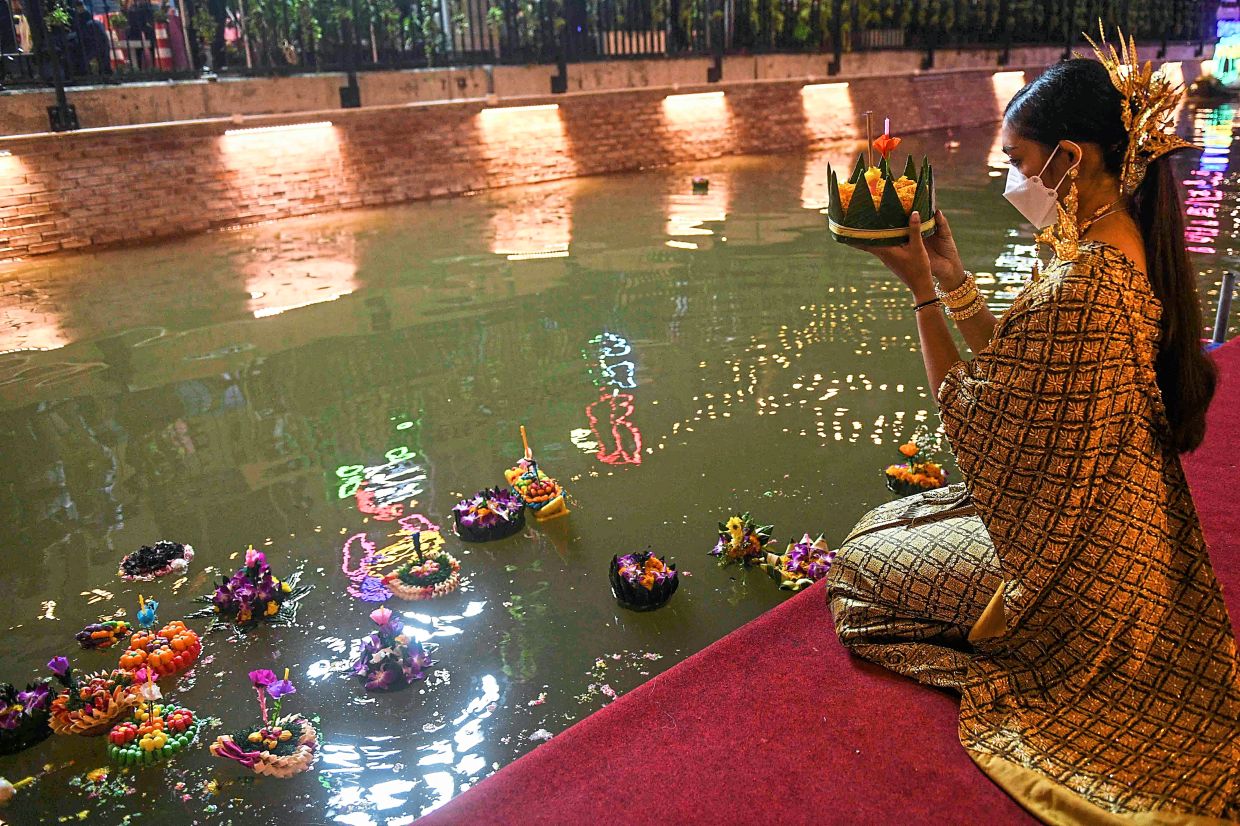 The river festival turns out to be an ecological danger

Thais flocked to rivers and lakes to release small floats adorned with flowers and candles at an annual festival honoring the water goddess, with several of the hundreds of thousands of floats eventually clogging and polluting the waterways. from the country.

Within hours on Friday, workers began trawling the rivers to fish for the offerings, as paying homage to the deity is proving increasingly dangerous for the environment.

The Loy Krathong festival allows believers to symbolically float their misfortunes on “krathongs” and start another year of life with a clean slate.

The festival is celebrated on the night of the full moon of the 12th lunar month, which traditionally marks the end of the rainy season.

Thon Thamrongnawasawat, a leading Thai marine biologist, said the priority remains to get people to stop using harmful materials such as styrofoam – styrofoam – for their floats, as they cause the more damage to water and aquatic life.

The number of endangered sea creatures found dead on land, which he says stems from the ocean litter problem in Thailand, doubled from 2017 to 2020.

Campaigners have noted a change in people’s behavior over the decades, indicating a growing awareness of the damage caused by krathongs.

Even so, some conservationists advocate a more drastic solution.

“We need to revolutionize the practice, allowing the ecosystem of rivers to be restored,” said Tara Buakamsri, country director for Thailand of the environmental group Greenpeace.

“We must not let go of floats, because although they are made from natural materials, their quantity exceeds what rivers can naturally support. Loy Krathong’s goal should be to protect and rejuvenate our rivers without putting anything into them ”

“Making a virtual celebration of Loy Krathong is another good solution to avoid environmental damage, but I don’t think it can satisfy people’s way of life,” said Wijarn Simachaya, president of the Thailand Environment Institute. – AP

Calendar of events, rewards and opportunities