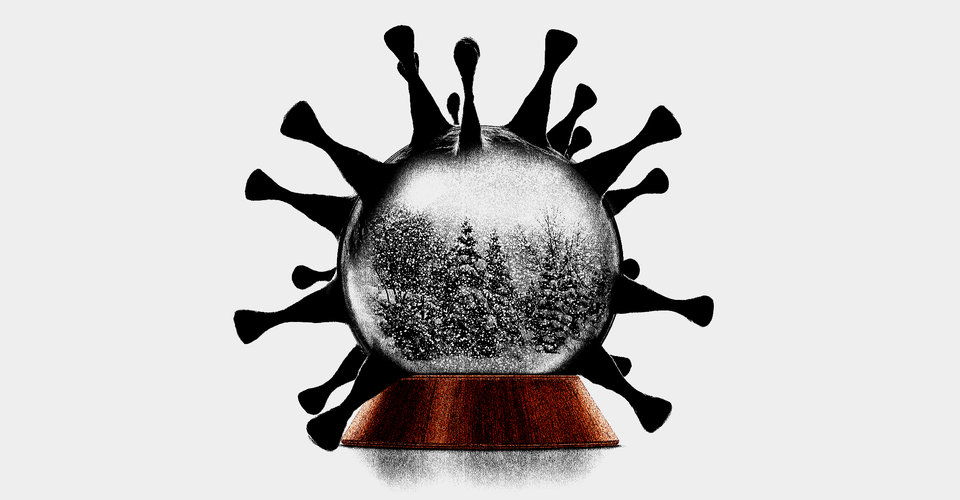 Winter has a way to bring out the worst of the coronavirus. Last year the season saw a record wave that left nearly 250,000 dead and overwhelmed hospitals across the country. This year we are much better prepared, with effective vaccines – and, soon, powerful antivirals – that fight the coronavirus, but cases appear to be on the rise again, raising fears of another sharp increase.

How bad will it get? We are no longer in the most dangerous phase of the pandemic, but we are not at the end of it either. So, the trajectory of COVID-19 over the next few months will depend on three key unknowns: how our immunity resists, how the virus changes, and how we behave. These unknowns can also play out differently from state to state, city to city, but together they will determine what ends up happening this winter.

What immunity do we even have?

Here are the basic numbers: The United States has fully immunized 59 percent of the country and recorded enough cases to represent 14 percent of the population. (Although, given the limited testing, these case numbers almost certainly underestimate true infections.) What we don’t know is how to put those two numbers together, says Elizabeth Halloran, epidemiologist at Fred Hutchinson Cancer. Research Center. What percentage of Americans are immune to the coronavirus – through vaccines or infection or both?

This is the key number that will determine the strength of our immunity wall this winter, but it is impossible to determine with the data we have. This uncertainty is important because even a small percentage difference in overall immunity results in a large number of susceptible people. For example, an additional 5% of Americans without immunity represents 16.5 million people, and 16.5 million more infections could mean hundreds of thousands more hospitalizations. Because unvaccinated people tend to cluster geographically, and because many hospital intensive care units are operating near full capacity even in non-pandemic times, it doesn’t take many sick patients to overwhelm a local health system.

What’s happening in Europe, says Ali Ellebedy, an immunologist at Washington University in St. Louis, is also a “red sign.” Several Western European countries, more vaccinated than the United States, are already experiencing peaks as winter approaches. Cases in Germany, which has vaccinated nearly 70 percent of its population, have risen sharply, overwhelming hospitals and spurring further restrictions on the unvaccinated. The United States has a bit more immunity to previous infections than Germany because it has had larger past COVID waves, but it still has a lot of susceptible people.

The strength of immunity also varies from person to person. Immunity against past infections, in particular, can be highly variable. Vaccine-induced immunity tends to be more consistent, but older people and people with weakened immune systems have weaker responses. And immunity to the infection also clearly wanes over time in everyone, which means breakthrough infections are becoming more and more common. Boosters, which are expected to be available to all adults soon, may counter the decline this winter, although we don’t yet know how durable that protection will be in the long run. If the sum of all this immunity is higher, this winter could be relatively mild; otherwise, we might expect another tax increase.

Alpha and Delta have been evolutionary winners because they are so contagious, and the virus could eventually find ways to increase its transmissibility even further. But as more and more people are vaccinated or infected, our herd immunity gives more and more advantage to variants that may instead evade the immune system. Delta already has some of this capacity. Going forward, says Sarah Cobey, an evolutionary biologist at the University of Chicago, “I think most of the improvements in fitness will come from immune evasion. “

The Beta and Gamma variants also eroded immune protection, but they were unable to compete with the current Delta variant. There may still be new variations that can. It’s impossible to know if all of this will happen in time to make a difference this winter, but it will eventually happen. This is how evolution works. Other coronaviruses that cause colds also change each year, just like the flu. Viruses always cause re-infections, but each re-infection also refreshes the memory of the immune system.

Read: The coronavirus could get worse

A new variant could change the trajectory of the pandemic again this winter, but it is unlikely to reset the pandemic clock to March 2020. We could end up with a variant that causes more breakthrough infections or re-infections, but our immune system will not be totally fooled.

How will people spread the virus?

The coronavirus does not jump on planes, cross state borders, or attend the holiday season. We do. COVID-19 spreads when we spread it, and predicting what people will do has been one of the biggest challenges in modeling the pandemic. “We’re constantly surprised when things get more complicated and weird,” says Jon Zelner, an epidemiologist at the University of Michigan.

The Delta wave in the Deep South during the summer, for example, ebbed in late summer and early fall even though many COVID restrictions did not return. On the contrary, you might have expected cases to increase by this time, as schools full of unmasked and unvaccinated children reopen. So what happened? One possible explanation is that people became more careful with masking and social distancing as they saw cases increase around them. More people in the south have been vaccinated, although rates are still lower than in the highly vaccinated northeast. Are surges “self-limiting because people change their behavior in response to recent surges?” Cobey said. “It’s just a really open question.” The weather can also influence behavior; As temperatures cooled in the south, people may have spent more time outdoors.

Another possible factor in ending the summer wave is that the virus may have just infected everyone it could find at that time, but that’s not the same as saying that it infected everyone in those states. The coronavirus does not spread evenly in an area, like ink in water. Instead, it must travel along connecting networks between people. COVID-19 can pass through an entire home or workplace, but it cannot pass to the next unless people are moving between them. By pure chance, the coronavirus can find pockets of susceptible people but not others in a given wave. “There’s a kind of randomness there,” Zelner says. This winter, expect a local outbreak whenever the virus finds a pocket of susceptibility. But it’s hard to predict exactly when and where this will happen. The country’s current COVID hotspots are Michigan, Minnesota and New Mexico, three states with no obvious connection between them.

At the end of winter, the United States will come out with more immunity than it currently has, either through infection or, much better, by vaccinating more people. “For me this winter is the last fight,” Zelner says. However, these three unknowns unfold this winter, COVID will eventually fade as a disruptive force in our lives as it becomes rampant. We’re not there yet, but our second pandemic winter will bring us a little closer.

Don’t be fooled by fake fossils on Mars, warn biologists • The Register

The next turning point in the pandemic hinges on three unknowns