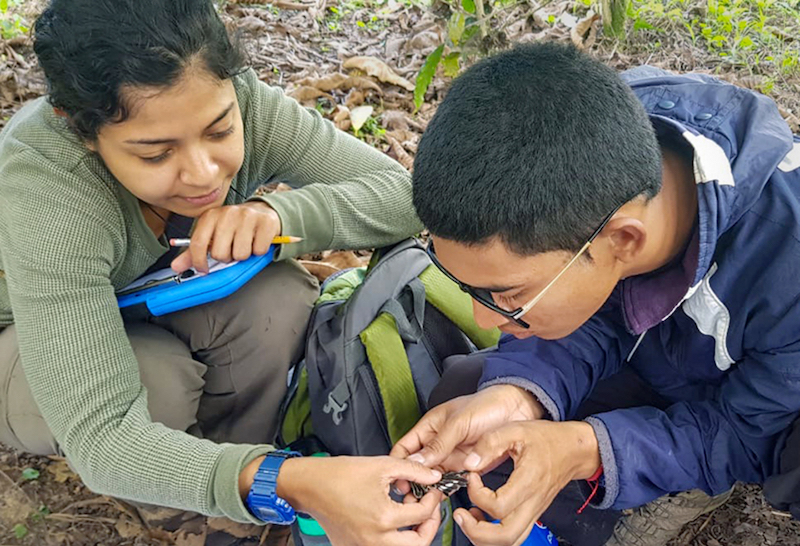 For coffee drinkers, there’s nothing like the first sip in the morning. For researchers at Tulane University studying the sustainability of coffee in Honduras, the stakes are far greater than a tempting cup of coffee.

Honduras is one of the world’s leading coffee producing countries, but growing global demand for coffee is a significant contributor to deforestation, biodiversity loss and climate change.

Thanks to a $ 2 million grant from the National Science Foundation, Caz Taylor, a professor in Tulane’s Department of Ecology and Evolutionary Biology, is embarking on a five-year effort to help transform coffee production in Honduras into an environmentally, economically and socially sustainable industry.

The grant comes from NSF’s Growing Convergence Research Agenda. Taylor said convergence research is a relatively new term intended to move beyond the interdisciplinary and multidisciplinary to a model where researchers from multiple disciplines and other stakeholders work closely together to solve a problem. scientific or societal critical.

Based in the coffee-growing region of Yoro, northwestern Honduras, the project brings together conservation biologists, ecologists, agronomists, farmers, indigenous peoples, sociologists, land managers and engineers to co-design and implement a framework for testing approaches to sustainable agricultural production. .

Researchers will then apply the design to coffee production, incorporating technological innovations such as renewable energy dryers and clean wet grinders that recycle coffee pulp and reduce water pollution. It will incorporate economic development incentives that will compensate farmers for the preservation of the forest on their land through microcredit and training programs, aimed in particular at supporting women landowners and farmers.

â€œOne of the main reasons for conserving forests is to conserve water,â€ Taylor said. â€œThe region we work in has suffered from severe water shortages due to runoff caused by the conversion of forest areas to coffee. The modeling of watersheds to better understand this will be part of our project. “

The team will also study engineering solutions to use renewable energy to process coffee, Taylor said.

Taylor’s collaborators include researchers from the University of Massachusetts, the University of North Carolina and Indiana University in Pennsylvania as well as the Universidad Nacional Autonoma de Honduras. The team also includes the Mesoamerican Development Institute, which produces its flagship CafÃ© Solar coffee through a combination of coffee cultivation, forest regeneration and solar energy processing.

RodrÃ­guez said the project was important to her not only because it takes place in her home country, but because she has had the opportunity to forge collaborations between her Honduran and American colleagues.

â€œThe birds that I study are a natural resource shared between North and Central America, and they are experiencing declines – part of the crisis of biodiversity loss facing our world,â€ said Vasquez. . â€œSo my research will be one of the ecological attributes that determine how coffee plantations maintain biodiversity. Ultimately, this is much needed work for the coffee growing region of Yoro and Honduras. “