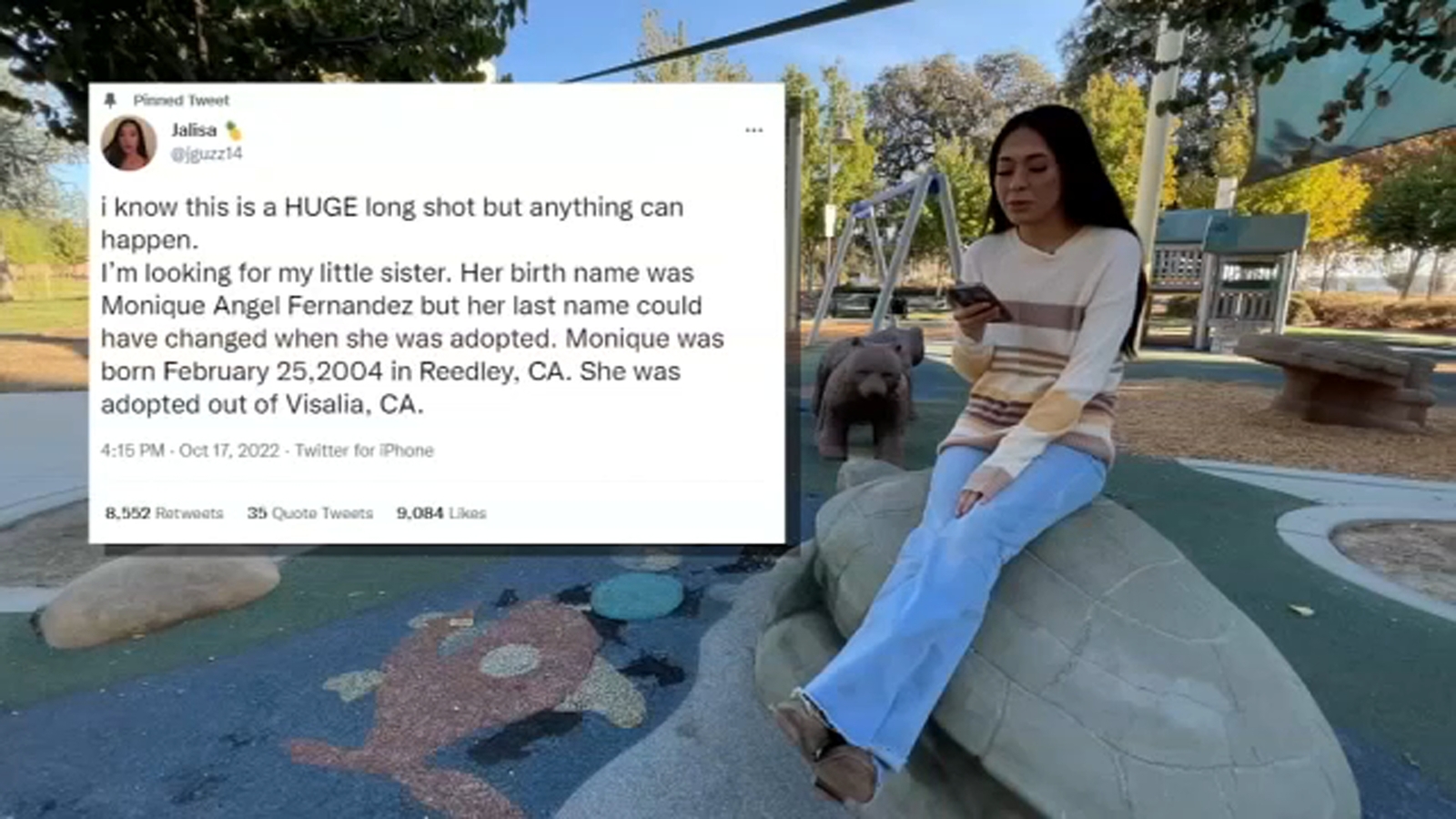 Five years ago, Jalisa Guzman learned that she had a younger sister, Monique, who was adopted when she was one year old.

Jalisa Guzman tweeted on October 17 that she wanted to reunite with her younger sister.

It’s a shot in the dark, but Guzman hopes it’s a shot that lands in front of the right person.

Five years ago, Guzman learned that she had a younger sister, who was adopted when she was one year old. Guzman’s older brother told her that after finding her and reaching out, once she was 18.

“He came and found us when our father died. He came and found me, told me we had other siblings, that we had about four or five siblings – six d ‘between us in everything,'” Guzman recalled.

Since California is a closed adoption state, Guzman doesn’t have much information about his sister Monique, other than what his grandmother knows.

Guzman’s grandmother also gave him a photo of Monique as a toddler, but you can barely see her face.

His tweet reached people around the world. Many wish him good luck. Private detectives also offer their help.

Guzman remains hopeful and wishes to add one more person to his large family.