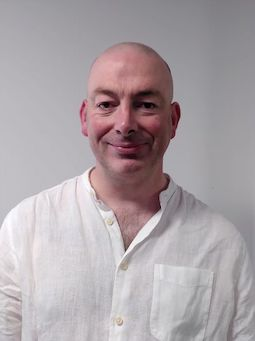 In the introductory section of his landmark social and environmental encyclical Laudato Si’ (LS), Pope Francis observes that resistance to efforts to address the environmental challenges facing humanity (which have become even more serious since the publication of the encyclical in 2015) need not take the form of direct opposition, but may be motivated by “a more general disinterest”: “obstructive attitudes, even on the part of believers, can range from denial of the problem to indifference, nonchalant resignation or blind trust in technical solutions” (LS 13). As we reflect on these words, we realize that this is indeed the case. Here, I would like to examine a few reasons why resistance to concrete action to address our environmental crises, including the climate emergency, exists “even on the part of believers.”

One of the reasons is surely that in an individualistic age, many people can hold on to an individualistic or even a little selfish conception of their faith: what matters is me and my own relationship with God; I will not be distracted by petty and earthly things! However, this is not new: Pope Benedict XVI addresses the issue with insight in his encyclical on Christian hope, Spe Salvi (SS): he refers to a long-standing perspective that faith can be “a way of abandoning the world to its misery and taking refuge in a private form of eternal salvation” (SS 13). Yet Benedict goes on to point out the profound truth that salvation always has a “social” reality and that the Church Fathers viewed sin as something that destroyed the unity of humanity (SS 14). Furthermore, the shining evangelical example of our Savior Jesus himself in the Gospels shows how any “practice” of individualistic or selfish faith falls far short of our vocation as missionary disciples.

A second, related reason may be adherence to an overly “spiritualized” attitude toward faith. Sometimes Christians think that because their goal after death is heaven and an eternity of disembodied, ethereal spiritual bliss, what happens to our earth doesn’t matter in the long run; after all, their true destiny lies elsewhere. But this idea does not reflect Catholic reality: human beings are not pure spirits like angels (or demons): we are unities of body and soul that combine the material and the spiritual. Our ultimate destiny, which we affirm in the Credo at Mass on Sundays and Solemnities, is the resurrection of the body; and this resurrection is one with the final renewal and glorification of the whole universe, the “new heavens and new earth” of Scripture. And the fact that God became man in Jesus Christ, the incarnation at the heart of our faith, illustrates the dignity and importance of the physical. In short, matter matters: we are embodied beings living in a beautiful but fragile physical world – a world we have a moral duty to care for.

Third, some Catholics may be reluctant to fully embrace ecological concern because they see it as a “left” cause; or they may agree that concern for the environment has some importance but regard it as a lower political priority than, say, life issues. But these perspectives ignore the growing prominence and importance of the environment in Catholic social teaching since Vatican II and, in particular, during the pontificates of John Paul II, Benedict XVI and, of course, Francis. Furthermore, the devastation caused by climate breakdown across the world is real and hurts our brothers and sisters around the world. As SCIAF and its partners in Africa, Asia and Latin America can attest, climate degradation is happening and killing the poorest first. The environmental crises we face are undermining the very conditions that make this planet habitable for human beings: it is also a matter of life – and of an unimaginable magnitude in its potential consequences.

Perhaps the main reason for the resistance to ecological awareness and action among believers is the same as among non-believers: to embrace them is to embrace the need for change, for us to develop new convictions, attitudes and forms of life” (LS 202). Breaking away from long-established habits and lifestyles, even destructive and damaging ones like extreme consumerism and radical individualism, can be difficult, especially when these customs and attitudes seem to be normal aspects of our existence. Yet it is doable: ‘while being capable of the worst, [human beings] are also able to surpass themselves, to choose again what is right and to make a new start, despite their mental and social conditioning” (LS 205).

Faced with the environmental threats that weigh on humanity, believers and non-believers, individuals and communities are called to ecological conversion. We all need access to a new way of life, which frees us from the empty and fleeting pleasures of obsessive consumption and hedonism, which treads lightly on the planet and helps us to live in brotherhood with others. As Christians, let us recognize the created world as the great gift of God. Let our recognition of God’s amazing generosity kindle our hearts with a yearning to overcome our selfishness and greed. When we live, with humility and realism, in harmony with creation, then we can live in peace with ourselves, with others and with God. Such an ecological conversion is a true liberation (LS 223).

Kenneth Sadler is Coordinator of the Justice and Peace Group at St. Mary’s Cathedral

Integrating creativity is no longer a luxury