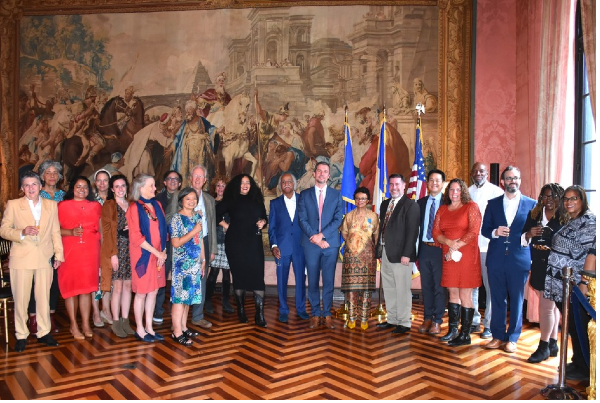 Peggy Shepard began her journalistic career as the first African-American field reporter for Indianapolis News. She moved to New York City in 1971 and held several successive positions in the State Division of Housing and Community Renewal.

In 1988, disturbed by the foul odors emitted by the Hudson River water treatment plant, she participated in the organization of acts of civil disobedience. Along with six other organizers, the “sewage seven”, she distributed gas masks and blocked traffic near the plant. His activist group was quickly arrested by the police.

Peggy Shepard continued to mobilize support from civil society by co-founding WE ACT For Environmental Justice (WE ACT) in 1988. The group’s mission is to ensure that ethnic and economic minorities participate in creating a healthy environment. and equitable through education, research and engagement.

In 1988, WE ACT sued New York City for its wastewater treatment, leading to an unprecedented victory four years later. In 1992, the mayor of New York City created a $ 55 million odor control system for the community of West Harlem.

Peggy Shepard transformed this small group of committed volunteers into a professional environmental organization, whose influence spanned North Manhattan at the professional level.

She won the support of political leaders and the Transit Workers Union to carry out an information campaign encouraging the city to make its energy transition in the transport sector. In 2006, Peggy Shepard and WE ACT supported legislation banning cars from Central Park and Prospect Park in New York City.

It is present on all fronts in the field of environmental activism. To improve the environmental health of children in upper Manhattan and the southern Bronx, Peggy Shepard partners with the academic community through Columbia University’s Center for Children’s Conservation Health, where she conducts primary research. She sits on the board of directors of the New York League of Conservation Voters and oversees a project sponsored by the Environmental Protection Agency to monitor fine particles in upper Manhattan.

WE ACT has grown from an abandoned Harlem building to a modern ecology center, implementing community environmental health programs and research projects, environmental education and youth outreach. The organization works with scientists, labor leaders, and environmental and public health organizations.

Peggy Shepard’s activism and commitment to the environment have earned her numerous awards and accolades. In 2007, the United States Environmental Protection Agency awarded WE ACT a grant of $ 100,000 for its local environmental protection work. This program supports local communities in their efforts to identify sources of pollution. In 2007, the Governor of New York State awarded her the New York State Women of Excellence Award for her contributions to local communities in New York City.

In addition to her We ACT organization, Peggy Shepard is actively involved in a number of nonprofit organizations including the Environmental Defense Fund, Earth Day NY, the NYC Mayor’s Sustainability Advisory Board, the NYC Waterfront Management Advisory Board and the National Children’s Study Advisory. Committee at the National Institutes of Health.

Become a Harlem World Insider – Register now For our newsletter!